THE SLOVAK Theatre Institute will present a selection of Slovak theatre in New York within a Performing Arts Scene Showcase, where Slovak performers will attend a four-day programme of contemporary Slovak drama from January 10 to 14. 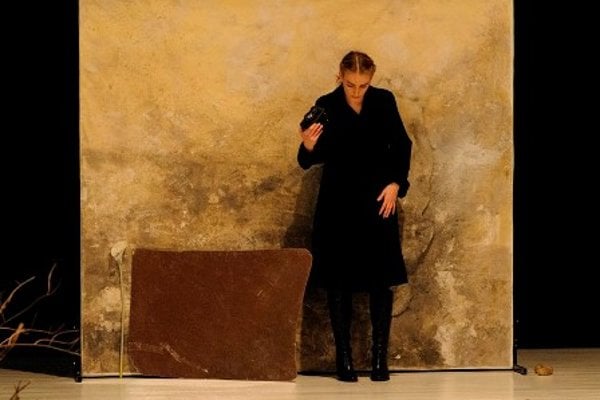 THE SLOVAK Theatre Institute will present a selection of Slovak theatre in New York within a Performing Arts Scene Showcase, where Slovak performers will attend a four-day programme of contemporary Slovak drama from January 10 to 14.

The Theatre Institute prepared the programme, which includes a dance/body theatre performance, two drama stage readings, a solo visual performance and participation in the theatre conference.
The programme is part of APAP 2014 (Global Performing Arts Conference and Marketplace) and is a joint project of theatre institutes and museums of the Visegrad Group (Poland, Hungary, the Czech Republic and Slovakia) countries, PACE (Performing Arts in Central Europe) project, Miroslav Švoňava of the Slovak Theatre Institute informed the SITA newswire.

The audience in New York’s La MaMa Theater E.T.C. will see Slovak dancer and choreographer Jaro Viňarský (a winner of the prestigious Bessie Award in 2013, together with Pavel Zuštiak) and his recent project Animalinside on January 12 and 13, in tandem with dancer Marek Menšík. Their performance is based on a book by Hungarian writer László Krasznahorkai and German painter Max Neumann.

The Showcase programme continues on January 13 in the Bohemian National Hall with stage readings of contemporary Slovak drama directed by Slovak stage designer and performer Anabela Žigová, SITA informed. Both The Woman Rabbi by Anna Grusková and The Holocaust by Viliam Klimáček have in common the concept of reflecting the turbulent history of Slovakia during the Holocaust. The evening in this venue will continue with a performance by Sláva Daubnerová and her solo project Untitled. Her visual performance reaped numerous awards last year.

The Slovak Performing Arts Scene Showcase is the first comprehensive presentation of the Slovak art scene at the APAP event, according to SITA.

“The aim of the Showcase is to present the contemporary Slovak performing art scene through pieces that exceed the local nature and have not only a European, but global impact, and which are also competitive due to their inventiveness and quality outside the domestic environment,” Dáša Čiripová, coordinator of the project for the Theatre Institute, told The Slovak Spectator. She added that Viňarský won the prestigious US Bessie Award for his previous work, The Painted Bird, which only confirmed the correctness of their choice. The performances of Daubnerová and her P.A.T. theatre are an outstanding phenomenon of contemporary Slovak theatre.

“Theatre plays – extracts that are to be read in New York – have been translated by renowned translators – The Holocaust, translated by Ivana Lacko, will be performed by professional US actors, and the Woman Rabbi will be translated by Janet Livingstone. The stage reading has been prepared by Anabela Žigová,” Čiripová said.

The Showcase will be launched by Čiripová’s lecture on the contemporary performing art scene in Slovakia, in the Martin E. Segal Theater Center.