IN A time when journalists were dismissive of bloggers the Sme daily decided to publish blogs on its home page back in 2004. Since then, nearly 27,000 bloggers have registered on the Sme blog system, a sign of the growing popularity of blogs among politicians and the general public, even as private companies continue to lag behind the trend. 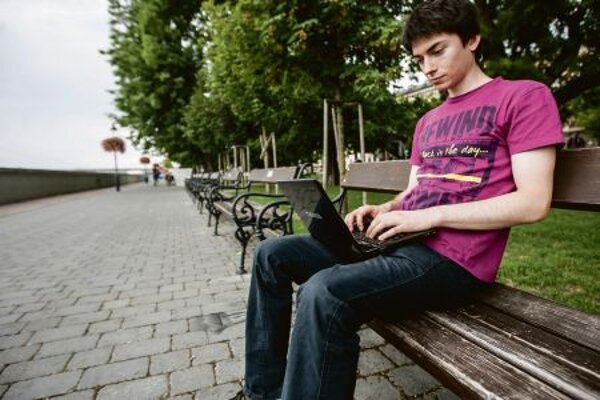 IN A time when journalists were dismissive of bloggers the Sme daily decided to publish blogs on its home page back in 2004. Since then, nearly 27,000 bloggers have registered on the Sme blog system, a sign of the growing popularity of blogs among politicians and the general public, even as private companies continue to lag behind the trend.

The most popular topic people blog about is politics, followed by travelling, fiction and poetry, blog administrators say. On the Pravda daily’s blog site around 70 percent of all articles discuss politics and public affairs, like homosexuality, minorities or the church, Marian Niton, the head of Pravda’s online section, told The Slovak Spectator.

Established media are among the most popular blog systems in Slovakia, with the Sme, Pravda and Hospodárske noviny dailies and the Týždeň and Trend weeklies leading the way. Unlike elsewhere in the world, there are few autonomous universal blog portals which are not focused on specific issues in Slovakia, Dana Rajtárová, assistant operator at the blog portal Blogovisko.sk, told The Slovak Spectator.

Sme’s blog remains the most popular, according to Rajtárová. Sme was one the first newspapers in Europe which allowed ordinary people to blog on its website, and since the beginning published those items on its home page. These spaces continue to grow, Filip Struhárik, Sme’s project manager and blog administrator, told The Slovak Spectator.

Sme initiated the discussion about blogging in Slovakia. Editors at Sme wanted readers to participate in the newspaper’s content, thus creating the blog and starting to publish the best stories in Sme’s print editions. At the beginning, Sme published two pages per week containing just stories from the blog, Tomáš Ulej, a former Sme staff writer and one of its very first bloggers, told The Slovak Spectator.

“It connected newspapers and blogs, which was a historical happening outrunning other newspapers in Europe,” Ulej said. “It even put forward the global debate about this issue.”

However, the original idea to publish citizen journalism content failed and several people were chosen to be paid for blogging out of fear that there would not be enough bloggers willing to write.
“At the beginning, people did not want to do citizen journalism about what happened on the street where I live and did not point to serious issues,” Ulej said.

The early bloggers from the general public focused on fiction and poetry, leading Sme to separate art content from other blogs. In the years since, the citizen journalism aspect has improved, according to Struhárik.

“Ten years ago, everyone could publish something and hope that somehow people will notice it, but most of time they did not,” Struhárik said. “Today, if someone writes a good story it can spread very well and thousands of people can read it thanks to social networks.”

A good example of citizen journalism is Jozef Drahovský, who works in IT while at the same time analysing the transport sector. Thanks to his blog on Sme, he has become a well know public figure who advises authorities during the creation of new laws related to transport, according to Struhárik.

In 2013 nearly 28,000 pieces were published via Sme’s blog. Every published piece is read by an administrator so Sme is able to pick the best and the most interesting pieces and promote them to its readers, according to Struhárik. Sme has the strictest rules among Slovak blog portals and demands bloggers to publish under their real name. If someone lies about his or her identity, the blog post is immediately removed.

Many influential politicians have their own blog, as it increasingly becomes part of their communication strategy, especially during the pre-election period.

For example, Freedom and Solidarity party (SaS) has been nicknamed the “party of bloggers” because of its members’ passion for blogging.

But the private sector has been notably less adept at adapting to this new medium, often using blogs to publish announcements and PR stories. Struhárik speculates that companies prefer to use social networks, applications or microsites for communicating with the public.

“I cannot remember any firm which would skillfully use the ecosystem of blogs for interesting and not obtruding propagation,” Struhárik said.

Pravda introduced a for-pay blog in October 2013, shortly before the regional elections took the place, in the event that someone wanted to use it. Most of the other blog portals already offered this service. Since then just one regional politician paid for a blog on Pravda, Niton said.
Slovak journalists have also proved hesitant in shifting towards blogs.

“Journalists do enough writing and the blog is just more writing,” Niton said, also suggesting that some journalists may have a problem publishing opinions which conflict with the ideological orientation of their employer.

Struhárik said that even if Slovak journalists do not have time for writing blog posts, they do pay attention to them and read them.

One of the few journalists with a regularly updated blog is Miroslava Kernová, who earns a partial living from her blogging. In the past she worked for Sme and Trend, but currently publishes stories and opinions on her blog on Sme’s webpage and administrates her own web page omediach.com.

Omediach.com is a commercially successful website and the advertisements placed there provide her basic income, Kernová told The Slovak Spectator.

Kernová focuses on stories about the media, advertising and the ethics of journalism. Around 1.2 million people read her blog in 2013, she said. Omediach.com has around 90,000 real users per month, according to her webpage.

“In foreign countries it is not extraordinary when a journalist decides to write on their own, and I prove that it is possible even in Slovakia,” Kernová said.

In comparison with being employed by a newspaper or a magazine, Kernová enjoys more intensive feedback and a close relationship with a group of active readers who appraise or criticise her work, as well as provide tips for her stories and opinions.

“I have freedom which I never had before,” Kernová said. “On the other hand, it is a much greater responsibility; I do not enjoy any protection from some big publisher.”