WHILE readers abroad are increasingly willing to pay for digital news, media experts see quality and original content as the basic premise for establishing a paywall, as well as the most challenging factor when monetising their content. 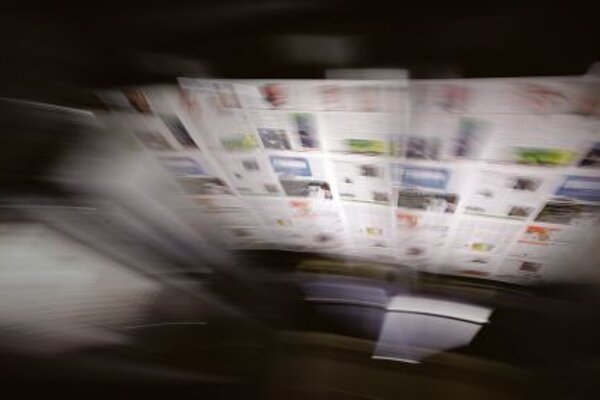 WHILE readers abroad are increasingly willing to pay for digital news, media experts see quality and original content as the basic premise for establishing a paywall, as well as the most challenging factor when monetising their content.

“The main challenge when putting up a paywall is to offer really unique content,” Tomáš Czwitkovics, the editor-in-chief of TREND.sk and Medialne.sk, online products of the publishing house Trend Holding, which publishes the economic weekly Trend, told The Slovak Spectator. He added, however, that immediately after quality content is published in any form, a poorly written story on the same topic may be published online for free, and some readers may prefer to read the inferior free article over paying for superior content.

Another challenge is to offer key content, according to Czwitkovics: “If you put there only some insignificant sections, it is impossible to expect an increase in subscribers.”

According to Radoslav Augustín, the online products leader in the Petit Press publishing house, which publishes The Slovak Spectator and the Sme daily, the challenge is simple: “to offer people such products for which they will be willing to pay”.

Piano Media, an online payment scheme in Slovakia, sees overcoming the fear of losing page views as the biggest challenge, since charging for content is seen as impacting a website’s traffic.

“When we launched, all Slovak partners used a Freemium model where they ‘hard locked’ a small portion of their total content,” David Puha, marketing communication specialist at Piano Media, told The Slovak Spectator. “Piano helped publishers select the content to be locked as premium based on detailed analyses of the site’s traffic structure. We have found that there is no impact whatsoever on a site’s traffic when less than 20 percent of a site’s content is locked.”

Tracking the Future of News, a digital news report for 2013 prepared by the Reuters Institute for the Study of Journalism, offers some signs of hope for those investing in original news content. Its survey conducted in France, Germany, Denmark, Spain, Italy, Japan, Brazil, the US and the UK, showed that more people say they have paid for digital news in the past 10 months.

“Since our last survey we’ve seen a significant rise in the number of respondents paying for online news – albeit from a low base,” the institute wrote in the summary, specifying that in the UK 9 percent (+5) of the sample said that they had paid for digital news in the last year. In France it was 13 percent (+5) and in the USA 12 percent (+3).

“Of those who are not currently paying, more than one in 10 (14 percent on average) said they were very likely or somewhat likely to pay for digital news in the future (‘for sources that you like’),” reads the report. “In Brazil the figure was a striking 58 percent.”

Media opinions differ on whether such a trend exists in Slovakia.

“The unwillingness to pay for [digital] news exists [in Slovakia] because publishers have taught people that news on the internet is free of charge,” Augustín said.

Augustín believes with the increasing number of efforts to monetise online content, the number of people who will say that they might pay will increase. But while the Reuters Institute’s survey represents global trends, in Slovakia the willingness is and will remain low, he said.

On the other hand, the Týždeň weekly identifies with the survey’s findings, according to Jana Melicherčíková from the weekly, and the experience of Piano Media confirms the results of this study.

“The number of Piano subscribers has been growing continuously since we launched in 2011,” said Puha.

Currently 11 websites participate in the system. Of the main dailies these include online versions of Sme, Korzár, Pravda and Plus Jeden Deň, and the weeklies Týždeň, Trend, The Slovak Spectator, Plus Sedem Dní, as well as TV station JOJ and the websites Medialne.sk, PC Revue and metoo.

The most read newspaper, the tabloid Nový Čas, has not entered the scheme and the economic daily Hospodárske Noviny left Piano Media in late 2013 with a plan to launch its own payment system, HNkonto.

Daniela Záležáková, the director of marketing and sales at Ecopress, which publishes Hospodárske Noviny, explained to The Slovak Spectator that they decided to launch their own system “because we think that exclusive information, which the Hospodárske Noviny daily and the hnonline.sk website bring, has its value and, of course, also its price”.

The Hospodárske Noviny publisher wants to offer to subscribers and readers a package of services combining the print and web, also with the possibility to select from specialised titles, for example the monthly Stratégie.

“The key to this content is HNkonto, which we have successfully launched in late 2013,” said Záležáková, adding that for now readers can register free of charge and try the content, which will be locked in the future. “We will introduce the price and conditions of the access to the locked content during the first quarter of 2014.

According to Puha, Hospodárske Noviny’s decision to leave Piano did not have a significant impact on the total number of Piano subscribers, which is partly due to the continuous growth of the subscriber base.

According to Czwitkovics, the success of an individual system will depend only on whether it has original content and how much it will charge for it.

“The advantage of an individual system is that people will have the feeling that they precisely know what they are paying for,” said Czwitkovics, adding that the disadvantage will be that in the end there will be very little original content and that the number of readers willing to pay an additional fee for digital content, or replace Piano with the Hospodárske Noviny’s system, will be very small.

With regards to the participation of Trend’s online products in Piano, they are not planning any changes for now and they will continue to use the metered paywall with the limit of seven free articles per month on TREND.sk and three on Medialne.sk websites.

According to Czwitkovics, they are addressing the main challenge and during recent months they have significantly solidified the original content and have begun to publish more written material exclusively on the web, a trend they plan to continue.

As for their experiences with Piano, after the entry of Medialne.sk, their revenues stabilised quite quickly and later even began to decrease. After the entry of almost all of TREND.sk into Piano, and the transfer to the metered paywall, the revenues increased and they began to further increase over the last few months.

“Of course this is only a supplementary source of revenues – the main ones are still by far revenues from advertisements,” said Czwitkovics.

With regards to the Piano scheme, Czwitkovics pointed to difficulties when explaining the functioning of Piano.

“For a portion of readers it can still be a problem that, in the case of Piano, it is a package of media and they have the impression that they are paying for something that they do not want, even though a portion of revenues always goes to the webpage where the transaction was made and where the readers spend time,” said Czwitkovics, adding that there is a similar system when explaining the metered paywall. Even with an explanation of why the article is not shown after exceeding the limit, they keep receiving responses by individual readers reproaching them for why exactly this article is locked.

Piano Media offers several ways to access content behind the paywall: a single annual, monthly or weekly charge and the metered paywall enabling access to a certain number of articles, launched in 2013.

“The metered model increased the revenue of our media partners by more than 100 percent in comparison with the previous model,” said Puha. “The main advantage of a metered paywall is that after setting up the limits and rules, the publisher does not have to make any further decisions about what content to charge for - in fact everything works automatically. However, for highly unique content - such as movies – the original charging model of hard locking content is still favoured.”

Piano Media has found that sites which use a metered model generate significantly higher revenues, as all of the content is unlocked and only heavy users who surpass the monthly or weekly article limit are asked to pay.

“We are always conducting a content monetisation analysis when a new website wants to join or if an existing publisher wants to extend its offer,” said Puha. “This helps publishers estimate the monetisation potential and possible consequences of the introduction of paid content.”