GREATER penetration of smart mobile devices and the growing coverage of mobile internet in Slovakia are preconditions for growth in online advertising. While investments in online advertising increased by more than 43 percent in 2012, the latest year where complete data is available, experts anticipate that growth continued last year and will do so in the coming months. 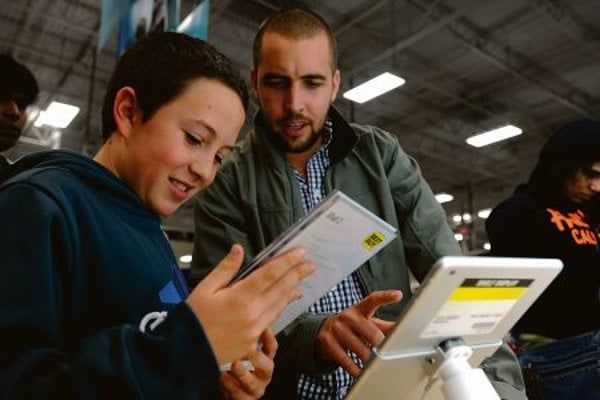 GREATER penetration of smart mobile devices and the growing coverage of mobile internet in Slovakia are preconditions for growth in online advertising. While investments in online advertising increased by more than 43 percent in 2012, the latest year where complete data is available, experts anticipate that growth continued last year and will do so in the coming months.

“In 2013, the Slovak online ad market continued in a strong double digit growth and reached more than a quarter of total net ad investments in Slovakia,” Juraj Stankay, industry manager at Google Slovensko, told The Slovak Spectator. “Among media, the fastest growing was video, with YouTube driving the change in TV ad investments towards the new TV media. There was also a rising interest from small and medium enterprises, which are quickly catching up with the rise of new opportunities for local and export business growth via online channels.”

According to Peter Seyfert, executive director of media agency OMD Slovakia, online advertising is solidifying and is doing so especially to the detriment of print media. It has also cut into TV and radio advertising budgets.

“But online advertising has not been growing at such a pace as it did during previous years, and advertisers focus more on effectiveness,” Seyfert told The Slovak Spectator. “The increasing penetration of fast and mobile internet and availability of devices enabling reading online content, especially tablets and smart phones, have the biggest impact on the development. The launch of advertisements on YouTube does not have a negligible impact on online advertising, while this has affected online projects for television and mobile operators.”

In Slovakia, consumers are less used to paying for text, music or video content when compared to elsewhere, Seyfert said. In a related trend, advertisers continue to approach online advertising more carefully than those in other markets. Seyfert added that while Slovakia is a very small market, Google and its advertising formats have been consolidating their position here. In the Czech Republic, the local web portal Seznam.cz has also remained strong.

According to Seyfert, advertisers in Slovakia, like elsewhere in the world, are interested in advertising and social networks, and are finding mobile and online applications increasingly attractive. However, he pointed out that their development and implementation in the ratio to return on investment are disputable in many cases.

Compared with western Europe or the United States, so-called data mining and targeting of online advertising based on that data has developed in Slovakia more slowly.

According to Stankay, by launching YouTube for advertisers in Slovakia in May 2013, Google managed to fill the gap in the fastest growing area of online marketing - video.

“Along with video we can see a gradual shift towards mobile specific formats, advanced re-marketing and multichannel attribution,” Stankay said. “The level of sophistication of Slovak advertisers varies greatly but in general we can see roughly a one year delay in the adoption rate compared to more mature markets. For those Slovak advertisers who are targeting users outside of Slovakia, this gap is much smaller or even nonexistent.”

Seyfert expects that increased internet coverage and the gradual replacement of traditional mobile phones with smart phones with access to the mobile internet will create an even bigger space for mobile marketing and sites adjusting to the size of the display of the computer, tablet or smart phone. The localisation of services or presence of large online merchants in the Czech Republic and Slovakia (Amazon is looking for a distribution centre in the Czech Republic) that use more and more sophisticated online marketing and so-called behavioural targeting or remarketing will also accelerate the trend.

Stankay emphasised that the Slovak advertising market is not exclusive to Slovak companies.

“Companies from abroad have been active here for the last couple of years and their investment in advertising will continue to rise,” he said. “This will create pressure on Slovak companies to focus even more on optimisation of their online campaigns. As a result we may see a trend toward more ownership and understanding of their online activities as well as adoption of sophisticated tools for management, reporting and optimisation.”

What not to do

“Online advertising is very measurable, it has a global reach [and] it is possible to implement changes and adjust – or cancel completely – a campaign even while it is still underway,” said Seyfert. “The production of banners is relatively cheap and the launch of an ad on social or advertising networks is relatively cheap, fast and intuitive.”

Stankay agreed that the main advantages of online advertising are accountability and measurability. Among other advantages he listed easy access to markets beyond Slovakia and one platform working with a variety of formats.

Seyfert recommends that advertisers avoid launching a campaign online without any wider context in the offline space and ad hoc campaigns without measuring results.

“Two frequent mistakes are launching a campaign and the creation of websites in social networks only because the competition has them and incomplete campaigns and ignoring users who already discuss [these] brands, companies and individuals,” he said.

In Slovakia, other specific mistakes include advertisers treating online advertising as a sideshow to campaigns in traditional media, Stankay said. Other clients delegate online performance marketing to agencies they have worked with in the past, without assessing their actual knowledge in this complex field. One other serious issue is poor judgment in attempting to compare online to traditional advertising in terms of price and so on, he added.

While the aggregate statistics for 2013 are not yet available, data from 2012 showed that investments in internet advertising, even during a time of a general drop in advertisement budgets, continued to grow. Based on data obtained by the Interactive Advertising Bureau Slovakia (IAB Slovakia), the growth in Slovakia in 2012 was as high as 43 percent. In absolute numbers the internet advertising market in Slovakia amounted to €64.6 million, exceeding the most optimistic targets. Within the media mix the internet made up 22 percent, while total investments in advertising were estimated at €300 million.

According to IAB Slovakia, this was mostly banner advertisements and search placement, which sees advertisers pay internet companies fees to list or link their company site or domain name to a specific search word or phrase. In absolute numbers the banner advertisements grew to €26.7 million and represent 41 percent of total internet advertising.

In Europe, investment in internet advertising amounted to €24.3 billion, with the UK topping the ranking with €6.64 billion, and Croatia closing with €14 million, according to IAB Europe. Slovakia, with €65 million, was sixth from the bottom of the list. When comparing investments in online advertising per capita, Slovakia ended with €12 while the European average was €33.7. The Czech Republic reported €27.8, Hungary €12, Poland €13 and Austria €39.