THE FIRST solo exhibition of Belgian contemporary artist Kurt Stallaert outside his homeland can be seen this winter at the Bratislava City Gallery (GMB). It combines his earlier Bodybuilders’ World series of photographs with recent works that are his current specialty - “moving stills”, as he calls them. 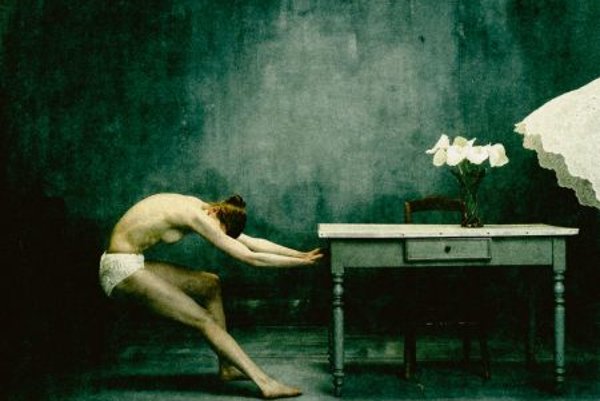 THE FIRST solo exhibition of Belgian contemporary artist Kurt Stallaert outside his homeland can be seen this winter at the Bratislava City Gallery (GMB). It combines his earlier Bodybuilders’ World series of photographs with recent works that are his current specialty - “moving stills”, as he calls them.

These latter works are experiments done in 2012 with high-speed photography: slow-motion images which straddle the line between photography and film.

“For me, this idea was more of an evolution in my photography,” Stallaert told The Slovak Spectator when asked how he came up with the idea. “I was asked to make an artwork in a public space, and they were expecting a still image, but I delivered a moving still. I went to that place and spoke to people who are passing by a lot over there, including children, and I wanted to do something that everybody could still like, even after a couple of years. With the still image, you pass by over and over, and you still see the same image. I just wanted to create something that is my visual language, but that is in constant evolution, without people even seeing that it is an evolution. Every time you pass, you see another picture, but it is the same work. And so I came up with this idea.”

From fashion to art

Stallaert began his career as a fashion and advertising photographer, according to information accompanying the exhibition, but his continuous search for authentic and strong imagery in his professional work naturally led him to venture into artistic photography, where he recently discovered a love for video and film.

“In 2008 Kurt surprised the Belgian art scene with Bodybuilders’ World (2007-2012), a remarkable photo series of appealing images that seduce and threaten at the same time: muscled men, women and children in an imaginary world,” Veerle De Saeger wrote in the exhibition’s bulletin. “For this series, Kurt travelled around the globe – not only to find potential bodybuilders, but also to capture the best and most authentic settings.”

Asked about the switch from the relatively safe and predictable world of fashion into the mysterious world of art, Stallaert said: “The only difference is that in fashion, you have a clear order and budget, you make it and you are paid. In art, you never know whether people will like it… But I never think about money when making my works; it could never be my drive – otherwise I couldn’t do it. It’s all about passion for me – even my advertising and fashion work. If I am not able to do it with passion, I won’t do it.”

Visitors to the GMB’s Pálffy Palace should take time to watch the “moving stills”. Even those which are seemingly peaceful and simple, depicting “everyday situations”, evoke enormous tension and curiosity: “When will she finally blink?” or “Will she dive into the pool, or not?” After making a first round of the artworks, it is recommended to return to take a closer look. The bodybuilders captured by Stallaert are also surprising and provoking, although in a slightly different way.

“Kurt Stallaert’s moving stills are a unique approach to the image conceived through photography, created by combining aspects of both film and photography, though never quite settling as either,” the exhibition’s curator, Ladislav Babuščák, wrote. “A high speed camera is used to create an extremely slow movement within a seemingly still picture, bringing the spectator the possibility of change inside a classically framed situation. Without the narrative of a movie or the stillness of a photo, Stallaert’s moving stills is a fusion of two mediums with a focus on its key message - the picture.” He added that a visitor should return to the artworks to see the change, as there are some videos that last for 11-15 hours.

The gallery wrote that “the chance to get to know Stallaert’s personal works is not that frequent, as the artist prefers unpretentiousness and he chooses carefully where to exhibit”.

“I like to discover new things, to take new directions, and the Bratislava venue is surely not a common direction,” the artist said about why he agreed to exhibit in Slovakia’s capital. “Everybody is asking me this question – Why Bratislava? But it is rather ‘Why not Bratislava?’”

The exhibition, a result of the GMB’s cooperation with Pavleye Art and Culture, can be seen on the top floor of the Pálffy Palace on Panská 19 until February 16, Tuesdays to Sundays between 11:00 and 18:00. The exhibition is accompanied by a catalogue – in fact a set of Stallaert’s works and brief texts in English – that costs €9.