Slow progress towards an accessible Bratislava

Every tourist has a list of sites to see on their trip to Bratislava: the Castle, St Martin’s Cathedral, Mirbach Palace, Devín, among others. Yet for disabled people Bratislava’s castles, as well as many of its other famous monuments, remain impregnable even in the 21st century. They are guarded neither by knights nor rivers nor cliffs. Rather it’s simply that curbs are too high, road-crossings have no audible beeps, or elevators have not been installed. 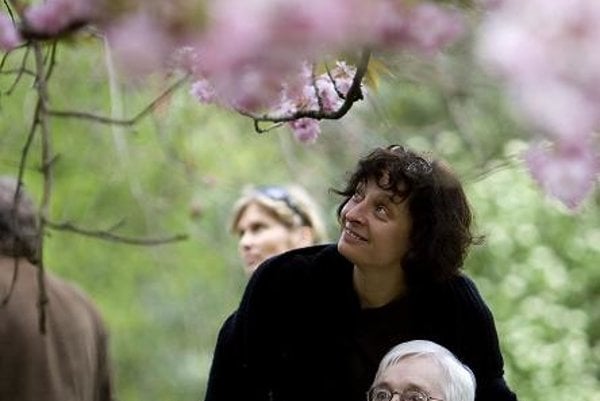 Not all places in Bratislava are accessible for wheelchairs, but the situation is improving (Source: Gabriel Kuchta)
Font size:A-|A+0

Every tourist has a list of sites to see on their trip to Bratislava: the Castle, St Martin’s Cathedral, Mirbach Palace, Devín, among others. Yet for disabled people Bratislava’s castles, as well as many of its other famous monuments, remain impregnable even in the 21st century. They are guarded neither by knights nor rivers nor cliffs. Rather it’s simply that curbs are too high, road-crossings have no audible beeps, or elevators have not been installed.

“The goal of the capital city is to arrange or reconstruct every entrance into these buildings to make them accessible,” said Daniela Rodinová, the head of the media department at Bratislava town hall. But she added: “It is not an easy task.”

The difficulties for handicapped people can begin on arrival, particularly if a visitor comes by train. The main city station still awaits reconstruction and has only a low-quality ramp in the concourse. Furthermore, only one platform is accessible without traversing stairs.

Things do not improve much on the bus network, the means by which most Bratislavans travel around the city.

“The biggest problem is the lack of accessible public transport vehicles,” said Adam Burianek, who is in a wheelchair. His opinion was echoed by Simona Šípová, the PR manager of the Slovak Blind and Partially Sighted Union (UNSS), who said: “Our clients have problems with public transport vehicles, which have acoustic signs missing or not working.”

Rodinová said that the city is working to address the problems, “buying and providing low-floor buses with wheelchair ramps and acoustic system of bus stop identification.” She added that accessible buses were now operating on approximately 43 routes, identified with a pictogram on the timetables in bus stops.

However, visually impaired passengers also have to contend with the issue of multiple buses arriving to a stop at the same time, with their vehicle potentially arriving behind another, then departing without having been seen. “Drivers are supposed to stop at the right place, even if they are second in the row,” said Šípová. “But in practice this rule is ignored.”

Many of Bratislava’s most prized assets are its historical buildings, whose ancient designs and precious fabric inevitably make them difficult to access.
“Unfortunately, unique historical places can often not be touched in order to preserve their value,” Rodinová said. But she added that refurbishment works at some museums have been carried out with the special needs of disabled people kept in mind.

The Old Town Hall (Stará Radnica) and the Pharmacy Museum (U Červeného raka) in the Old Town are accessible, and Devín Castle is also partially accessible. Better still, the ancient Roman site Gerulata in Rusovce has a “tactual” exhibition around which visitors are guided by touch.

Many theatres in Bratislava are fully accessible, including the Slovak National Theatre, Heineken Tower Stage and Theatre Wüstenrot. But some are not yet prepared for disabled visitors.

“Astorka is not suitable at all,” said Monika Vrábľová, the head of the Slovak Association for Disabled People (Slovenský zväz telesne postihnutých - SZTP). “The entry staircase is steep and accessible toilets are missing.”

She added that Nová Scéna is partly suitable, the Puppet Theatre is suitable, as are the cinemas in shopping centres.

There are moves to improve the city’s infrastructure and since 1999 Bratislava has been part of a project entitled “Slovensko bez bariér”, or “Slovakia Without Barriers”, picking up several commendations. Most recently, the city was praised in 2012 for projects that offered acoustic commentaries in cinemas for the visually impaired, while the Ondrej Nepela ice hockey stadium was praised for its elevators and accessible toilets.

However, lots of things remain to be improved.

“It’s worth mentioning the unsuitable pedestrian crossings,” said Burianek. “Here in Slovakia we don’t have common accepted standards, so often things that seem to be accessible are not, in fact.” He said that ramps are often too steep or have missing handrails, for example.

Vrábľová, of the SZTP, said that Bratislava still has many high curbs, which are difficult for wheelchair users.

“The situation is improving, but it presents a problem not for us only, but also for mothers with buggies or seniors,” she said. On the other hand, gradually lowered street curbs can be dangerous for blind and partially sighted people, said Šípová. “They cannot tell if they are still on the pavement or at the road already,” she said. “This problem can be easily solved by embossed elements on the pavement, however it is quite different in practice.”

And so the issues continue. It is positive that Bratislava is now committed to improving the conditions for handicapped people, and is attempting to extend hospitality to tourists regardless of their physical abilities. But even though the situation is slowly improving, and more and more places are becoming accessible, it will not be enough until there are no barriers remaining in the city.