THE GOVERNMENT has balked at examining Ombudswoman Jana Dubovcová’s report, which cites serious violations of human rights by state bodies in its policy toward the Roma. Prosecutors, however, are taking note and have announced plans to look into the controversial police raid on a Roma settlement in June 2013. 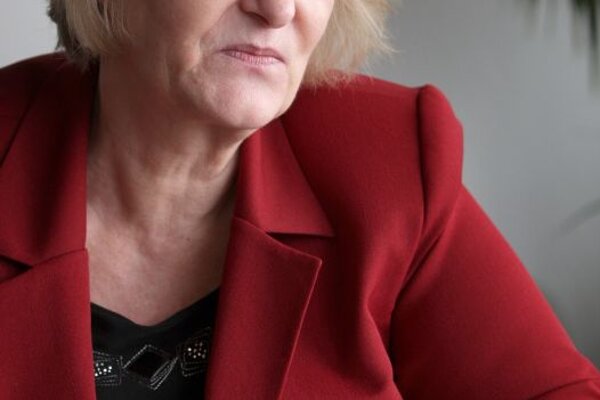 THE GOVERNMENT has balked at examining Ombudswoman Jana Dubovcová’s report, which cites serious violations of human rights by state bodies in its policy toward the Roma. Prosecutors, however, are taking note and have announced plans to look into the controversial police raid on a Roma settlement in June 2013.

The Prešov-based prosecutor’s office concluded on January 16 that there were grounds for starting a criminal prosecution in association with the incident, which includes allegations of unlawful beatings by police officers, unjustified detention and questionable entries into private homes. Prosecutors have asked an investigator of the Interior Ministry’s inspection department from Banská Bystrica to work on the case. The General Prosecutor’s Office has cooperated with the Office of the Public Defender of Rights and the Government’s Proxy for the Roma Community.

Interior Minister Robert Kaliňák has accused Dubovcová of lying and overstepping her mandate, but activists and non-governmental organisations have issued vocal support of Dubovcová in what they called her fight with the arrogance of power, and initiated a public petition to back her.

On June 19, 2013, more than 60 police officers raided the Roma settlement informally named Budulovská outside Moldava nad Bodvou. Police were purportedly seeking seven men. They found none of those men, but according to eyewitnesses, violence ensued and 15 other Roma were taken to the police station.

While police allege they were attacked upon entering the 800-person settlement, none of the 15 detained were ever charged with a crime resulting from the clash. Several of the Roma were injured, and at least one of them contends that he underwent two more severe beatings at the police station itself. A second alleges he left the station bleeding from his rectum. ETP Slovensko, a non-profit group that works with ethnic minorities, documented the injuries with photographs. The raid was preceded by a conflict involving some settlement residents with a police patrol after a party on the night of June 16, according to ETP Slovensko.

Last year, the Interior Ministry’s inspection found no violations of the law and now says that it believes it will expose who has been “misleading about the case from the very beginning”.

“The first report on the 80 injured Roma or the injury of a child, which came from the settlement after the police action in Moldava, turned out to be false,” ministry spokesman Ivan Netík told the SITA newswire, when commenting on the recent developments.

The police dismissed claims of inappropriate action, even as the raid drew concerns from non-governmental organisations like ETP Slovensko, Amnesty International Slovensko and the European Roma Rights Centre.

Dubovcová has been trying for several months to have her findings discussed among state authorities. The government invited Dubovcová to its January 8 meeting but instead of listening to her findings, Prime Minister Robert Fico lectured her on the legal conditions surrounding such cases, she said.

“Mrs Dubovcová violated the law because she was pushing herself to the cabinet, though she should have gone to the Interior Ministry,” Fico told the public-service broadcaster RTVS, adding that if she was not satisfied with the stance of the Police Presidium, she should have turned to the body overseeing the police, which is the ministry.

Fico said he understands that Dubovcová is what he called an “opposition politician who came from the SDKÚ”, calling on her “not to attack the police and not to question everything that is happening in this country, since the Roma as well must have some duties and must respect that something is happening around them”, according to Slovak Radio.

Both Fico and Kaliňák claim that last summer’s police raid involved “a normal use of coercive means”. Fico added that in this sense he agrees with Kaliňák that if someone violates the law, “does bad things and bothers others; if someone steals, then legal pressure in the form of coercive means must be applied”.

Dubovcová told The Slovak Spectator that in fact the state bodies should deal with the proceeding of the police in Moldava nad Bodvou because it “evokes justified doubts about its inevitability or appropriateness and unfortunately, since June 2013, I have not been informed about the adoption of concrete preventive measures”.

Dubovcová proposed that police in the future always prepare audio-visual recordings during such operations, as well as in cases where suspects are handled in police stations.

“In my opinion it is a mistake that the police and the Interior Ministry have not adopted these measures and that the government did not discuss them,” Dubovcová told The Slovak Spectator on January 15.

Kaliňák argues that Dubovcová submitted the material at odds with the rules and that she is mixing politics with the issues instead of dealing with those whose real rights were violated: the inhabitants of Moldava nad Bodvou.

Elena Gallová Kriglerová from the Centre of Research of Ethnicity and Culture (CVEK) said that she considers Kaliňák and Fico’s treatment of the ombudswoman’s report as part of the “long-term ignoring of human rights by public officials”, since the ombudswoman has been trying to point out the violations of the rights of a group of citizens.

Dubovcová’s report covers several different topics, offering observations on the access of Roma children to education, the police raid in Moldava nad Bodvou, foster care for children, forced adoptions and more, Kriglerová said, adding that she has been trying to deliver her findings in several ways but “they have been systematically ignoring her and her findings over the long term”.

“For me this sends a clear signal that public institutions are refusing to deal with these serious findings by the ombudswoman, who is only doing her job, as defined by the law,” Kriglerová said, adding that “she is the first ombudswoman who is doing it really well and responsibly”.

Laco Oravec of the Milan Šimečka Foundation said that refusing to hear someone who criticises the work of the police is a serious threat to democracy: “Not to mention the fact that when first parliament and then the cabinet rejects the ombudswoman, what kind of signal does this transmit to society, which has been waiting for years for a person who would act to protect human rights?”

Oravec signed the CVEK petition for the support of Dubovcová, saying it is important to show that the general public is also sensitive to expressions of the arrogance of power.

“The case of Moldava nad Bodvou is the most serious human rights-related case that they are trying to sweep under the rug,” Oravec said. “I believe that it will be confirmed that the police unprecedentedly exceeded its legal limits and that it was a barbaric raid where the individual and his or her integrity did not play any role.”

As for Kaliňák’s claim that the witnesses from Moldava are lying, Kriglerová said it is very difficult to determine this because no one has heard their testimony.

“This is in fact part of the whole problem; that this investigation was taking part only from the point of view of the police inspection, which is subordinate to the Interior Ministry, and is thus not an independent institution,” Kriglerová told The Slovak Spectator, adding that first the witnesses would have to be properly heard.

Oravec agreed that it is very difficult to assess claims and counter-claims, but adds that the courts and other bodies have to sensitively evaluate all the evidence and warns against automatically assuming that the police are always right.

“I was very surprised by the response of Kaliňák, because it is incompatible with the concept of modern police, which is here for the citizens and should protect them and should be subject to a high level of public control,” Oravec said.

What does the proxy say?

Government Proxy for Roma Communities Peter Pollák said that his office first responded to the police raid in Moldava by filing a complaint with the prosecutor’s office to have the event investigated and providing all the information available about the course of the action.

“We came up with proposals for steps to prevent similar situations in the future, including the introduction of camera recordings during such actions,” Pollák told The Slovak Spectator, adding that he is glad that the prosecution decided to proceed based on the proxy’s complaint.

As to the question of whether his office would support Dubovcová’s efforts to have the report discussed, Pollák responded that his office will certainly support all steps that will contribute to improving the work of the police with marginalised communities, adding that “it certainly would do no harm if the cabinet hears the proposals tabled by the ombudswoman”.

“What happened at the cabinet was not very fortunate and it certainly has not contributed to clarifying the circumstances of the raid in Moldava,” Pollák told The Slovak Spectator.