A WIDELY criticised American-style casino will not be part of Metropolis, a multi-use development planned for the outskirts of Bratislava, as its investor, TriGranit, has cut it from the plans of the project’s first phase. 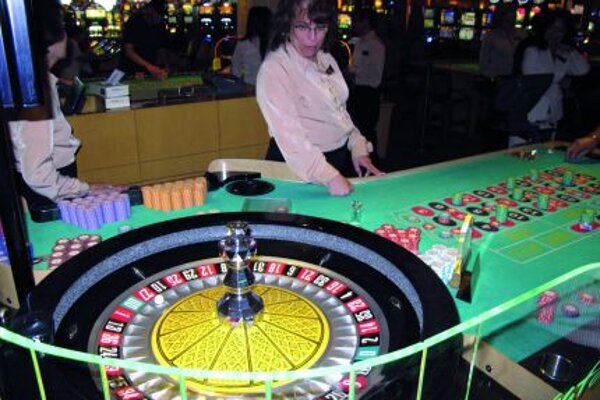 A WIDELY criticised American-style casino will not be part of Metropolis, a multi-use development planned for the outskirts of Bratislava, as its investor, TriGranit, has cut it from the plans of the project’s first phase.

The government meanwhile granted the first phase of the Metropolis project the status of a so-called important investment at its January 15 session. It expects the project to have a supra-regional character and to significantly increase the number of tourists in Bratislava. Had TriGranit proceeded with building the casino, the entire project would have been rendered invalid, Transport Minister Ján Počiatek stressed.

“At the moment the casino is not [a reality],” said Gábor Zászlós, the chair of TriGranit’s board of directors, as quoted by the Sme daily, when presenting a new version of the first phase of construction.

He could not say definitively, however, that a casino will never be included in the development, as another company could step in and build one, as reported by Sme.

TriGranit will build Metropolis through its subsidiary company, Hervex. During this phase of the project it plans to invest a total of €223 million and create about 330 new jobs by the end of 2018. It will build a new aquapark, a congress centre, a hotel, a multifunctional hall with capacity of 12,000 people and a shopping centre. The company expects the tax yields from the complex to reach about €10 million per year, the SITA newswire reported.

In further phases, the complex should transform into a big entertainment park similar to those in the US and other European countries, Zászlós said, as reported by Sme.

The company will invest altogether €1.5 billion and create 9,000 jobs. The complex will stand on a 30-hectare plot between Petržalka and Jarovce, south of Bratislava, at a junction of highways linking Hungary, the Czech Republic and Austria.

The project raised concern and opposition among a group of citizens as well as politicians, particularly those from the Christian Democratic Movement (KDH). They expressed fears that the casino would attract more crime and prostitution to the country and increase the problem of gambling addiction. A petition containing the signatures of 125,640 people who oppose Metropolis was submitted to parliament in September 2010.

Moreover, Bratislava Mayor Milan Ftáčnik said after the January 15 government session that the first phase respects the land use plan and that the municipality still has the right to decide how its territory will be used. The new congress centre and aquapark might help “develop tourism, as well as use the space that Bratislava and its wide surroundings offer”, the mayor added, as reported by SITA. On the other hand, he still views the project as a sensitive topic, especially because of the previous criticism of the casino, the TASR newswire wrote.

Jarovce’s mayor, Pavel Škodler, believes that the project will benefit the area, especially without the casino.

“On one hand it will make our city district, as well as Bratislava, more visible, there will be new jobs and it will also contribute to property taxes,” Škodler said, as quoted by TASR.

Škodler does not fear the speculation that the investor will eventually try to build a casino later. As he said, it would require the consent of the local councillors and representatives of Jarovce and Bratislava to change the land use plan, as the current version does not include a casino, as reported by TASR. The councillors already rejected the casino in the past.

Zászlós said that the government’s recent decision over the development confirms that important investments that support economic growth and job creation can exist outside the spheres of industry and automotive manufacturing. The Metropolis project will also contribute to the recovery of Slovakia’s economy, he added, as reported by SITA.