BOTH Slovakia and Brazil are seeking new business opportunities. While interest among Brazilian investors in central and eastern European markets has been growing, Slovak entrepreneurs are looking to extend their activities outside the EU. 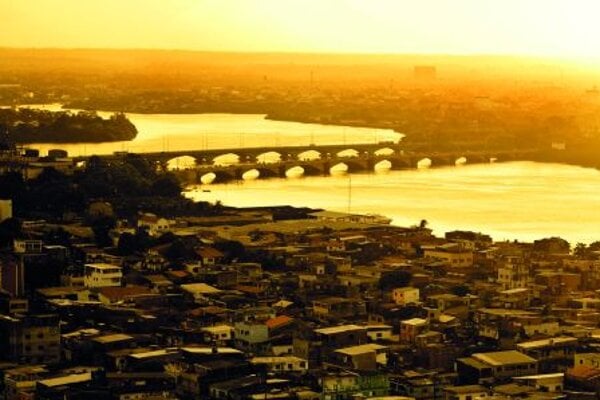 BOTH Slovakia and Brazil are seeking new business opportunities. While interest among Brazilian investors in central and eastern European markets has been growing, Slovak entrepreneurs are looking to extend their activities outside the EU.

“There is market potential for Slovak companies in trade and investment in Brazil,” Susan Kleebank, the Brazilian ambassador to Slovakia, told The Slovak Spectator. “My country is the third world market for PCs, the fourth for mobile phones, TV sets and vehicles, as well as the fifth for medical equipment. Between 2002 and 2012, 37 million Brazilians left poverty and rose to the middle class.”

Despite the still modest Slovak presence in Brazil, there is growing interest in exploring new opportunities, as shown by numerous requests for information addressed to the Brazilian Embassy, as well as by the results of the seminar Doing Business in Brazil, organised by the Bratislava Regional Chamber of the Slovak Chamber of Commerce and Industry (BRK SOPK) in cooperation with the Brazilian Embassy last November.

BRK SOPK director Juraj Majtán sees Brazil as an attractive country for Slovak entrepreneurs.
“Brazil is a prospective country for Slovak companies, as its market is unsaturated in many areas and thus it offers a lot of space for cooperation,” Majtán told The Slovak Spectator. “When a Slovak company manages to establish itself in the Brazilian market, it has good prospects for succeeding and expanding.”

“Brazil is characterised by a developed business environment and a strong consumer and industrial market,” said Majtán. “For Slovak entrepreneurs Brazil also represents an attractive market for cooperation and investing because of the possibility of penetrating other Latin American markets via Brazil.”

Noting Brazil’s prospects for Slovak entrepreneurs, the BRK SOPK held the seminar Doing Business in Brazil in Bratislava in mid November last year, linking it to its earlier activities to support business, investments and cooperation with Brazil in 2012.

A total of 16 companies interested in doing business in Brazil, as well as representatives of the Slovak Foreign Affairs Ministry and the Slovak Investment and Trade Development Agency (SARIO), attended the seminar, which provided participants information about the current economic and political situation in Brazil and the prospects for commercial cooperation. It also focused on the investment environment in Brazil and potential fields of cooperation. An added benefit was the presentation of the experiences of a Slovak company which had been doing business in Brazil for some time.

“I was really very glad to see how many entrepreneurs were registered and deeply interested,” said Ambassador Kleebank. “Our expectations for the future are very positive.”

Kleebank sees machinery, oil and gas storage, alternative energies like bio-fuels, construction and R&D as having good prospects for cooperation.

According to Majtán, Brazil has been trying to change the structure of its exports and to increase the share of industrial production with high added value.

This growth is reflected in an assortment of products that Slovak entrepreneurs export to Brazil, the majority of which consists of cars, electro-technical appliances and machinery, while the chemical industry is making gains, too.

“But the spectrum for possible cooperation is far wider and suitable also for medium-sized companies,” said Majtán, listing industries like machinery, chemicals (rubber processing and fertiliser production) and pharmaceuticals; as well as information technologies and software development; the processing and management of waste, oil and gas and renewable energy sources; building infrastructure; real estate; science and research; and car and airplane production, as having a lot of potential for cooperation.

For the time being the regional chamber in Bratislava is pondering its next steps in this area based on the interest of the participants in the seminar.

“In the event of sufficient interest from businesses, we are ready to prepare and carry out a trade mission with negotiations in the Brazilian cities of Sao Paulo and Recife,” said Majtán.

Kleebank’s expectations for the future in terms of economic cooperation between the two countries are also positive.

“There are potential markets, a legal framework and business and political interest in increasing and diversifying trade and development,” said Kleebank. “The bilateral trade is now focused on vehicles and their components. However, there is still a wide range of other goods and services that may be of interest to both countries.”

Based on a Foreign Affairs Ministry analysis, interest among Brazilian investors in central and eastern-European markets has been growing in recent years, SARIO’s Richard Dírer told The Slovak Spectator.

Dírer cited data of the National Bank of Slovakia, according to which the aggregate volume of Brazilian direct foreign investments in Slovakia amounted to €45.6 million in 2011, placing Brazil 29th among countries that invest in Slovakia.

The majority of Brazil’s foreign investments flow into Asia, Latin America, Europe and the US. Within Europe, most Brazilian investments are traditionally found in Portugal, Spain and Italy, and more recently Poland, according to Dírer.