BRAZIL has grown as a market for PCs, mobile phones and applications in recent years, attracting companies which develop related goods and services. Among those is Sygic, a Slovak company developing navigation software, for which Brazil has become a priority market. 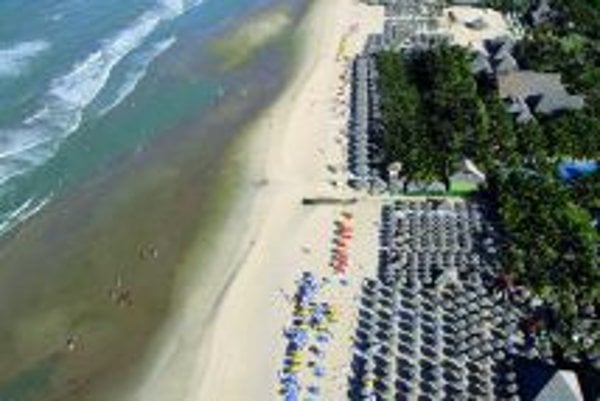 BRAZIL has grown as a market for PCs, mobile phones and applications in recent years, attracting companies which develop related goods and services. Among those is Sygic, a Slovak company developing navigation software, for which Brazil has become a priority market.

“We perceive Brazil as one of the most important markets,” Marian Mladý, business solutions director at Sygic, told The Slovak Spectator. “Apart from being a large country, Brazil is one of the top five countries of the world with the biggest sale of smart phones. More than one-fifth of smart phone users in Brazil rank maps and navigation among their top three applications. All this makes Brazil one of the most attractive markets for us.”

Sygic found their first clients in Brazil in 2008, when the market for smart phone applications was a fraction of what it is today, Mladý said.

“We were looking for local partners and corporate clients,” said Mladý. “Since that time about 12,000 police cars in Sao Paulo have been driving with our navigation.”

Later, Sygic began to cooperate with a partner in the production and distribution of electric appliances, presently their most important partner in Brazil. It integrates Sygic’s navigation into cars in Brazil and into personal navigation devices directly at the hardware producer in China. Sygic also started cooperating with partners who integrate its navigation systems into fleet management.

For the time being, Brazil is the biggest market for Sygic’s software in personal navigation devices (PNDs). While globally the sale of such products fell by as much as 15 percent in annual terms, Sygic experienced no such decline in Brazil. Mladý sees several reasons behind this. Apart from offering stable navigation software, Sygic has a partner capable of supplying more added value to their joint products. In the end it seems that as an emerging market, Brazil has less preference for established name brands, as is the case in Europe, Mladý said.

He added that each market has its own specific features and differences, and contrary to the Brazilian market, the US is one of the more advanced and demanding markets.

“The North American market has a relatively long history in the field of navigation and strong competition resulting in high demand in the quality of the navigation software and maps,” Mladý said. “The navigation for the US has to really be American; it has to behave and speak American. Because of all of these [factors] it is a much more demanding market for us… Moreover, for Americans we are a navigation system from eastern Europe, which is ‘somewhere near Russia’, which does not improve our position at all.”

Sygic sold €3.5 million worth of products in Brazil so far. Sales in Brazil made up about 6 percent of Sygic’s total business last year.

“Brazil remains one of our priority markets,” Mladý said. “We will develop already established as well as new distribution channels, and we are also looking for new partners. Our main plan is to become the number one Brazilian navigation system.”