THE SLOVAK National Gallery (SNG) has numerous changes in store for 2014, including the reconstruction of one of its main premises, the Water Barracks wing in Bratislava. Even more enticing for visitors is that admission to exhibitions in the gallery’s Bratislava and Pezinok locations will be free for the entire year. 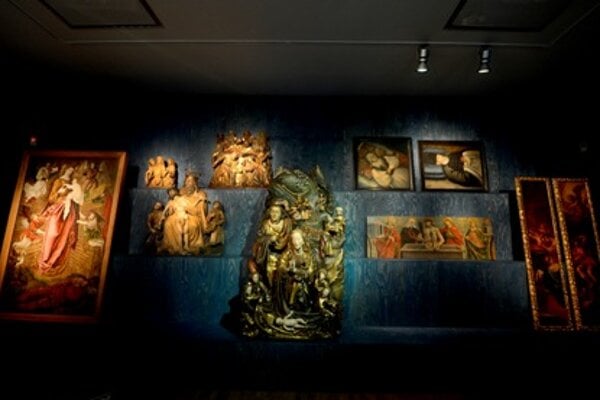 THE SLOVAK National Gallery (SNG) has numerous changes in store for 2014, including the reconstruction of one of its main premises, the Water Barracks wing in Bratislava. Even more enticing for visitors is that admission to exhibitions in the gallery’s Bratislava and Pezinok locations will be free for the entire year.

“We not only expect this step to increase the rate of visitors – as we do not have problems with this number – but we expect that we will manage to fulfil the main role of a public institution, which is to bring art to the public,” SNG director Alexandra Kusá told a press conference on January 9.

She added that the decision to offer free admission, made possible thanks to the gallery’s sponsor J&T Banka, was motivated by an increase in visitors on free Sundays (the first Sunday of every month), as well as foreign museums that did the same thing, like the Moravian Gallery in Brno, in the neighbouring Czech Republic. The admission fees for special accompanying events and concerts will remain in place, however.

SNG representatives stressed the fact that although its exhibition space shrank in 2013 with the closure of the Water Barracks (losing 6,000 square metres of space), the number of visitors decreased by only 5,000. Kusá said that some of the SNG’s collection has been put into storage for the duration of the reconstruction, and only the Esterházy Palace, Café Berlinka on Ľ. Štúr Square and the courtyard in the Water Barracks will remain open to visitors.

As for 2014, Kusá explained that the Water Barracks’ reconstruction will commence this spring, and is planned to last until 2016, costing €39,552,000 with VAT. The reconstruction should result in an additional 1,800 square metres of space for its collection, and 5,385 extra square metres for special exhibitions.

Currently, the photo exhibition of Czechoslovakia in the 1950s, called Captivated by Beauty: The 1950s in Documentary Photography, and the exhibition of video-portrayals by Robert Wilson, are still running.

Upcoming events include the “non-permanent exhibition of the historical collections of the SNG’s Gothic and Baroque artworks”, which o-pened on January 16, and the exhibition of paintings from the turn of the 20th century in Slovakia, “Impresioniz- mus.sk”, to open in spring.

For summer, the “From the Tatras to the Danube” exhibition will present artistic renderings of landscapes past and present, while the end of the year will bring Russian avant-garde art as well as 20th-century female sculptors. There will be another photography exhibition in November, this time featuring architecture presentation.

“We had to close all permanent exhibitions due to the reconstruction,” SNG curator Dušan Buran said at the conference. “But we are bringing one to the Esterházy Palace - an interactive exhibition from the collections of sculptures and paintings, according to selected themes.”

An irreclaimable financial grant from the Regional Operational Programme will also help with the reconstruction of two more SNG facilities: the Ľudovít Fulla Gallery in Ružomberok and the mansion in Strážky, to result in more exhibition space, the SITA newswire wrote.