THE FIRST oilfield on Slovak territory was discovered 100 years ago in the western-Slovak municipality of Gbely. Oil was first drilled there on January 10, 1914, and industrial extraction began three days later. About 15 tons of crude oil was drawn daily after the initial test bore. 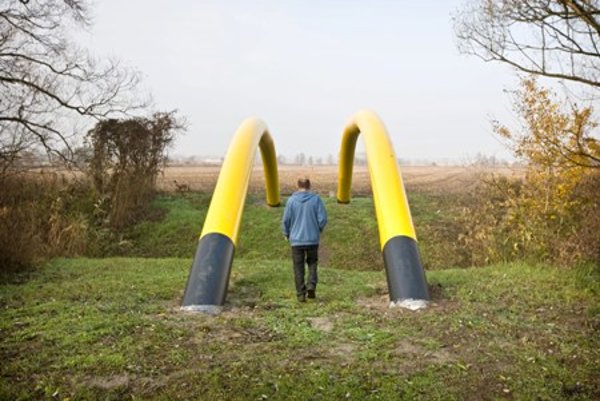 THE FIRST oilfield on Slovak territory was discovered 100 years ago in the western-Slovak municipality of Gbely. Oil was first drilled there on January 10, 1914, and industrial extraction began three days later. About 15 tons of crude oil was drawn daily after the initial test bore.

Since then, about 3.5 millions tons of crude oil have been extracted on Slovakia’s territory. The biggest extraction in Slovakia occurred in 1963 – 84,500 tons, according to the TASR newswire. Currently, domestically extracted oil covers only about 0.2 percent of the total demand.

The pioneer of the extraction and use of natural gas in these oilfields was an eccentric farmer from Gbely, Ján Medlen. He discovered in 1912 gas emanating from his swampy plots of land, which was easily set alight, and which he used to heat his house. At the site of the gas, he built a simple tank from bricks, sealed with clay, and from there, he directed the gas through a covered ditch to his house.

However, the concentrated gas exploded one day and blew the roof off of his home. Word of the blast made it to the Finance Ministry of the Austro-Hungarian Empire, to the department of the state’s extraction of natural gas, natural oil and potassium salt, and thus, geologists and explorers soon appeared in the Záhorie region, and the search for oil began.

The first test drill was carried out on October 28, 1913, with a mobile manual drilling rig. They discovered an oilfield 163 to 168 metres deep in the soil. During the First World War, oil became a precious raw material, which was reflected in its soaring price. Thus, the Austro-Hungarian government increased oil extraction. Until the Czechoslovak Republic was established in 1918, 29,362 tons of crude oil was extracted, while about 400 men worked on the oil well.

Gbely’s oil is a thick, viscous liquid with a greenish hue. It was originally used for healing. At the site of the first discovery, a memorial plaque in Gbely commemorates Medlen. In addition to Záhorie, there are smaller oilfields in eastern Slovakia, in the regions of Miková, near Medzilaborce, and Kysuce.

In October 2013, a new museum exposition of oil production was opened in the complex of an elementary art school, marking the 100th anniversary.