THE TRADE exchange between Slovakia and India is rather slim, despite being more significant in the past, when Slovakia was part of Czechoslovakia. Now, hopes are being pinned on the ongoing negotiations between the European Union and India over the Free Trade Agreement. 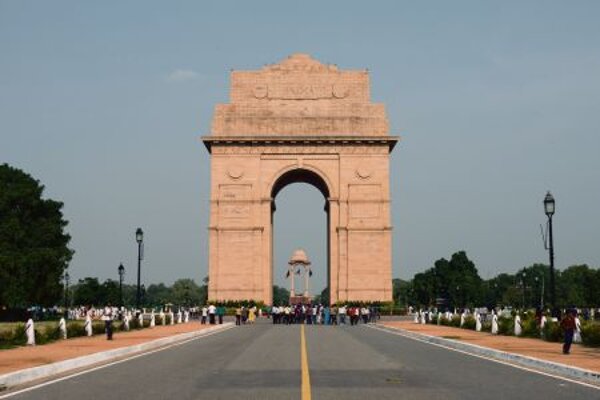 THE TRADE exchange between Slovakia and India is rather slim, despite being more significant in the past, when Slovakia was part of Czechoslovakia. Now, hopes are being pinned on the ongoing negotiations between the European Union and India over the Free Trade Agreement.

The Slovak Economy Ministry views India as one of Slovakia’s most important trade partners outside of Europe, while within Asia India is the fourth most important trade partner, after China, the Republic of Korea and Japan. The ministry believes that India’s current economic strength and its increasing international importance and influence should be a decisive impetus for both sides to accelerate investments and business activities.

“It is necessary to intensify interest and negotiations between the businesses of our countries and in particular to reach real results of these negotiations in the form of concrete and especially realised projects and created joint ventures,” Pavol Pavlis, the state secretary of the Slovak Economy Ministry, said during the seventh session of the Joint Economic Committee in Bratislava on 11-12, July 2013, at which he represented Slovakia, as cited on the ministry’s website. India was represented by Daggubati Purandeswari, Minister of State for Commerce.

According to Richard Dírer from the Slovak Investment and Trade Development Agency (SARIO), there were also parallel B2B negotiations between Slovak and Indian companies sheltered by SARIO to support the export of Slovak companies to India, to deepen cooperation in joint projects and utilise new opportunities in trade exchange with firms operating in the most rapidly growing market in the world. Three Indian entities, Punj Lloyd, the Society of Indian Automobile Manufacturers (SIAM) and WizzCare, and eight Slovak companies, mostly from the construction and armament industries, attended the B2B negotiations.

On the occasion of the Joint Economic Committee’s session, SARIO also organised a Slovak-Indian business forum, which included bilateral negotiations attended by 12 Slovak and five Indian companies, which presented and exchanged experiences in the sectors of energy, automotive manufacturing and armaments. The event’s success and the interest in cooperation, especially in the automotive industry, resulted in SIAM representatives making another visit to Slovakia in October, while communication between the group and potential partners in Slovakia are underway.

However, Dírer told The Slovak Spectator that Slovakia is not one of India’s priority investment destinations within central and eastern Europe, and that there is more interest in Romania and Poland.

“In case of Poland, the size of the market, investment stimuli and other factors also play an important role when deciding where to place a foreign investment,” said Dírer.

While SARIO does not register any projects with Indian entrepreneurs at the moment, Indian businesspeople inquire about strengthening economic cooperation in the automotive, aviation, pharmaceutical, textile and tourism industries, according to Dírer.

In terms of Slovakia’s attractiveness to potential Indian investors, Lucia Guzlejová, state aid consultant at PwC in Slovakia, highlighted that in spite of the global economic crisis, when most countries registered a significant drop in GDP, Slovakia has maintained positive, albeit lower, economic growth.

“A labour force in a sufficient amount and adequate structure, and a good ratio between labour costs and labour productivity are also arguments that benefit Slovakia,” Guzlejová told The Slovak Spectator. “Last but not least, the excellent geographic position with easy access to the western European as well as eastern European markets is also perceived very positively.”

With respect to the lack of any significant Indian investments in Slovakia, Umesh Chander, second secretary at the Embassy of India, told The Slovak Spectator that several Indian companies have operations in CE countries, like Poland, Hungary and Romania, adding that perhaps one issue Indian companies may face is that Slovakia does not have a large domestic market; but this is compensated for by factors like its proximity to the larger European market and its eurozone membership.

“The Embassy of India in Bratislava sees Slovakia as a very good destination for Indian investments considering its excellent geographical location and very good human resources,” he told The Slovak Spectator. “India’s businesses have to be made more aware of Slovakia’s key geographical location and its business linkages with its neighbours in the European Union as well as with other countries in south-eastern Europe, and with countries like Ukraine to the east. Slovakia is a member of the eurozone, which reduces transaction costs for businesses. These opportunities need to be made better known to Indian businesses.”

The Embassy of India sees significant opportunities for Indian-Slovak business relations in the sectors of pharmaceuticals, auto accessories, IT, tyre manufacturing and spas and wellness. It added that Slovakia’s potential as a destination for India’s exports remains under-utilised for various reasons.

“Indian businessmen do not find it very easy to obtain business visas,” said Umesh Chander, with respect to the hurdles Indian businesspeople face. “We have to make travel easier for business travellers.”

Negotiations between the European Union and India over the Free Trade Agreement (FTA) began in 2007 and while some issues have already been resolved, some are still open.

Salman Khurshid, the External Affairs Minister, told The Slovak Spectator in August that due to the national elections scheduled to take place in India from mid-April to early May, negotiations have slowed down, but that “a couple of issues related to intellectual property, the automobile sector, data security issues, etc, have been worked out”. But he recalled the meeting of Indian Prime Minister Manmohan Singh with German Chancellor Angela Merkel in April 2013, at which they agreed that perhaps India and the EU were a little bit too ambitious on both sides. According to Khurshid, both sides need to lower their ambitions, keeping in mind what is at the stake in the game and what might be lost by not being able to sign the agreement now.

“We are at a critical point and I hope that our negotiators can find an early conclusion, so that it can be signed,” said Khurshid back in August, highlighting the tremendous advantage signing the agreement will bring.

Experts in Slovakia believe that signing the agreement would mean a boost for trade and investment exchange, but they are awaiting the final wording before assessing all the effects.

The results of studies analysing the impact of closing the agreement look positive for growth in trade, GDP and employment, which is a good sign for general support of the agreement, according to Dírer.

“It is possible to expect that signing the FTA between the EU and India would have a positive impact on both sides and from this point of view also for Slovak-Indian trade,” said Dírer. “But the question remains over the final shape of the agreement, because several fields remain unresolved, especially the field of customs protection of the Indian automotive industry.”

According to Guzlejová of PwC, closing the agreement would strengthen mutual commercial and investment relations between the EU and India, highlighting that trade in commercial services tripled since 2002.

“However, it is questionable how promptly Slovak exporters would respond to this development and bigger space,” said Guzlejová, recalling that the former Czechoslovakia was one of India’s most important trade partners in eastern Europe and that the volume of trade between India and Czechoslovakia in the early 1990s was higher than with any other country in the region.

Umesh Chander does not believe that opportunities for bilateral trade are being fully tapped.
“Visits, participation in each other’s trade fairs, business expansion, making contacts, are not happening as they should be,” he said. “A lot of promotional work needs to be done to fully tap the benefits.”