THE SLOBODA Zvierat (Animal Freedom) organisation’s Bratislava shelter in Polianky accepted a record number of animals during the 2013 Christmas season. Between December 23 and January 20, the shelter received 70 animals (the hi-ghest number in its 20 year existence), only 11 of which had microchips and were able to be returned to their owners. 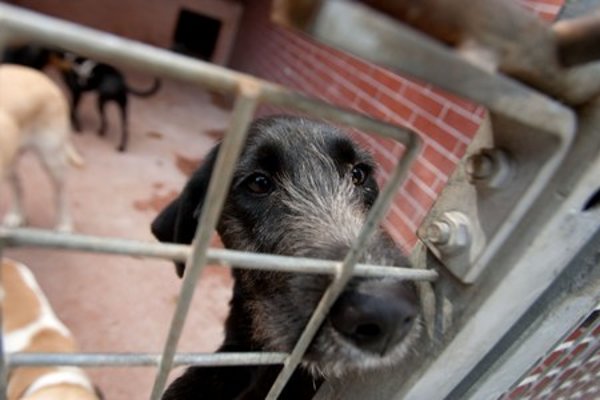 THE SLOBODA Zvierat (Animal Freedom) organisation’s Bratislava shelter in Polianky accepted a record number of animals during the 2013 Christmas season. Between December 23 and January 20, the shelter received 70 animals (the hi-ghest number in its 20 year existence), only 11 of which had microchips and were able to be returned to their owners.

“These were prevailingly dogs who got lost, maybe due to fireworks on New Year’s Eve, which makes them panic and run away,” the organisation’s chairperson Pavlína Dugovičová told the SITA newswire. “Other animals did not have a chip, however, and had to remain in the shelter. As owners have shown no interest in them even after a longer period of time, we assume that they are just unwanted and dumped Christmas presents,” she added.

Dugovičová also said that if microchips were required for all animal owners, it would simplify the work of Sloboda zvierat in such situations, and help owners to find their missing pets sooner. Those who abandon their pets could be tracked down and penalised, as this is now a crime.

“As things are, after five days – and if no owner contacts us – the animals are moved from quarantine to kennels, where they wait for their ‘second chance’ to be adopted and find a home. In the period mentioned, 30 dogs were adopted. These adoptions saved us, as the shelter is now absolutely full – the capacity is 300 animals,” Dugovičová said, adding that smaller regional centres are experiencing the same thing, only with fewer adoptions.

Thus, if the numbers of accepted animals exceed those adopted in the long term, they will have to stop accepting new arrivals completely. For 2013, a total of 3,061 animals were accepted, 2,371 were adopted and 561 were returned to their owners.

“We managed to find a new home for 4,266 cases last year,” she continued, but added that interest in adopting rescue animals has been declining, stressing that without international adoptions (mainly from Austria and Germany) that welcome older, disabled and care-dependent animals, the situation would be even worse. A campaign to boost animal adoptions, called Našli sa (They Found Themselves), was recently launched. (More information – in Slovak only – can be found at slobodazvierat.sk).

Moreover, Košice-based shelter Union of Mutual Help (Únia Vzájomnej Pomoci) faces a similar problem, reporting 200 dogs despite a maximum capacity of 120. “We have always had many dogs, but we have never experienced such a state. The situation is critical, and so we temporarily aren’t accepting any new animals,” Nina Godušová of the Union informed SITA. “We have nowhere to place them.”

Unlike Dugovičová, Godušová was hesitant to say unambiguously that abandoned pets were the main reason for the situation. She called on all people to help, be it by virtually adopting an animal, offering a temporary home, or bringing food, covers, mattresses, rugs and old toys. More information (in Slovak) is available at uvp.sk.