A TOWN or city without a town hall would not have been a proper town, and a true town hall had to be situated in the most central location. Topoľčany’s town hall was no exception. 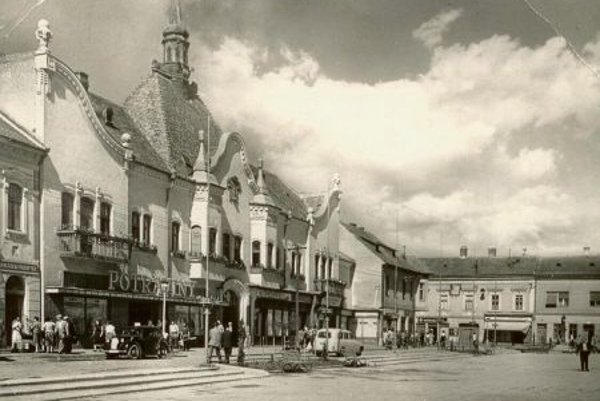 A TOWN or city without a town hall would not have been a proper town, and a true town hall had to be situated in the most central location. Topoľčany’s town hall was no exception.

Here, town councillors resided directly in the centre of the square, which was considerable in size by medieval standards - 140 by 110 metres. This proved that the town was a buzzing heart of commerce.

The town hall stood in this giant square alongside the market place until about 1868, at which point the offices were moved to a new location. Only the old town hall’s weigh office remained, containing the market’s scales and tools of measurement. The very site of the town hall was a guarantee of impartiality when resolving market disputes.

The old town hall was multi-functional: the first floor contained the guardroom and the apartment of the town clockmaker.

This postcard, dating back to the 1950s, shows a more recent town hall, built in 1911 in the Art Nouveau style in a record six months. It was constructed on the spot where the previous town hall had stood after being relocated from its original location. Topoľčany’s town hall remains one of its dominant structures.