PRIME Minister Robert Fico’s idea to reintroduce labelling Slovak products as ‘Made in Czechoslovakia’ in some countries has revived the discussion about efforts to build the ‘Made in Slovakia’ label, which many say have proven insufficient. 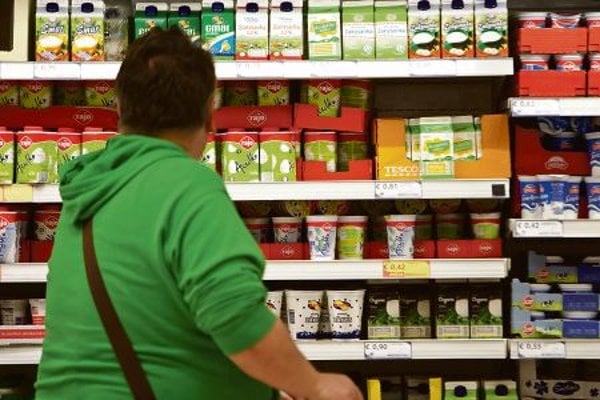 PRIME Minister Robert Fico’s idea to reintroduce labelling Slovak products as ‘Made in Czechoslovakia’ in some countries has revived the discussion about efforts to build the ‘Made in Slovakia’ label, which many say have proven insufficient.

The two independent countries of the Slovak Republic and the Czech Republic emerged at the beginning of 1993, when the two states split.

“In some regions of the world they simply have not noticed the splitting of Czechoslovakia,” Fico said to the public broadcaster Slovak Radio in late November. “They do not understand when [phrases] ‘Czech made’ or ‘Made in Slovakia’ are used.”

While some businesspeople admit that in some countries this might be beneficial from a commercial standpoint, and can envision the ‘Made in Czechoslovakia’ label used especially in marketing communication, others point to technical and legislative barriers, and instead recommend building the ‘Made in Slovakia’ label.

Peter Mihók, chairman of the Slovak Chamber of Commerce and Industry (SOPK), considers the concept to re-introduce the ‘Made in Czechoslovakia’ label interesting but unrealistic due to EU customs directives and consumer protection regulations. Moreover, he believes that instead of returning to the old label, Slovakia should focus on building the ‘Made in Slovakia’ one. According to Mihók, labelling products with ‘Made in Czechoslovakia’ would be considered unfair and misleading to consumers, since Czechoslovakia no longer exists. In some countries such labelling would even be punishable. Mihók believes that in the end using Czechoslovakia as the country of origin for Slovak products might harm Slovakia’s image and reputation as a member of the European Union and the World Trade Organisation.

The Agriculture Ministry is also against using ‘Made in Czechoslovakia’. Its spokesperson Peter Hajnala explained to the Sme daily that Czech, Slovak and European legislation prohibits the usage of ‘Made in Czechoslovakia’, and labelling on foods by the country of origin must be true and controllable and must not mislead the consumer.

Moreover, according to Andrej Králik from the representation of the European Commission in Slovakia, when goods are exported outside the EU they are subject to the regulations of the country where the goods are being imported, and many countries do not accept a general ‘Made in the EU’ label.

Alexej Beljajev, president of the Union of the Mechanical Engineering Industry (ZSP), believes “that anything that would help trade would be good… I would not evaluate this initiative negatively”. He noted in an interview with the TASR newswire that many Slovak companies are sub-contractors of Czech companies.

Ľuboš Pavelka from the Economic University in Bratislava told Slovak Radio that ‘Made in Czechoslovakia’ may only help in developing countries, while the name Czechoslovakia means nothing to countries in the west.

Marian Timoracký, managing partner at United Consultants and a marketing expert, admits that in many corners of the world Czechoslovakia, or the shortened ‘Czecho’, rather than ‘Slovako’, still resonates, but he is against reintroducing ‘Made in Czechoslovakia’.

Timoracký believes that efforts to build the branding of Slovakia and its products have so far been insufficient and lack a unified scheme, while there is a host of individual initiatives that actually compete with one another.

“Instead of developing the ‘Made in Slovakia’ brand and filling it with specific content and building its reputation – there are dozens of other labels competing with each other for the attention of the public,” said Timoracký, recalling the initiatives of retailers.

Mihók, who sees building the ‘Made in Slovakia’ label as the government’s responsibility, agrees, adding that many institutions, ministries, the government and companies promote Slovakia abroad, but there has been no unified scheme; no one is coordinating this process and all the efforts have been very atomised. The SOPK lacks such a common scheme with its own initiatives when co-organising trade missions and promoting its members. Thus, the SOPK sees the lack of an effective and coordinated promotion of Slovakia abroad as the main barrier to the country building its own brand. Another significant obstacle is that Slovakia’s attempts at building a positive image for itself have so far been insufficient.

“A positive image has considerable influence over the development of tourism, the inflow of foreign investments as well as the export of our products,” said Mihók. “For building the ‘Made in Slovakia’ label the long-term high quality of the supplied products is also important, as well as the good reputation of the exporting companies, ethics in mutual commercial relations and mutual payment discipline.”

In this respect, Timoracký said that Slovakia should work on improving its image, especially since most people only know Slovakia as a post-Soviet republic located somewhere near Chernobyl, according to a survey comparing the branding of 50 countries around the world. As a result, “the label ‘Made in Slovakia’ does not help the products, but rather the opposite”.

This is why Timoracký is pleased that at the Ministry of Foreign and European Affairs a working group was created for a coordinated presentation of Slovakia abroad, whose members are working on a framework for the Slovak brand. The first results of their work are to be submitted to the public for discussion soon.