Babiš in court over ŠtB allegations

JUST a day after he was sworn in, newly minted Czech Finance Minister Andrej Babiš appeared in a Bratislava courtroom on January 30 as part of a lawsuit he brought against the Nation’s Memory Institute (ÚPN). 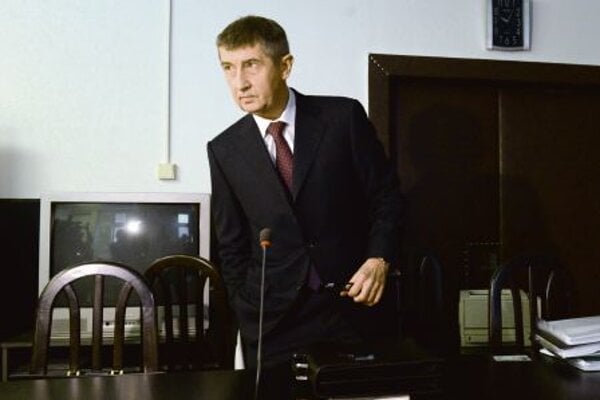 JUST a day after he was sworn in, newly minted Czech Finance Minister Andrej Babiš appeared in a Bratislava courtroom on January 30 as part of a lawsuit he brought against the Nation’s Memory Institute (ÚPN).

Babiš is seeking to refute that a series of documents under the care of the ÚPN – the state organisation charged with maintaining archives from 1939-1989, during which Slovakia was ruled by two different totalitarian regimes – that claim he worked as an informant and agent for the Czechoslovak communist-era secret police (ŠtB). Babiš claims that he is falsely implicated in the files.

A billionaire businessman of Slovak origin, Babiš is the Czech Republic’s second richest man and leads Agrofert, an agricultural, food processing and chemical conglomerate. While still an owner, he stepped down as chief executive after the surprisingly strong political debut by his ANO party in the Czech Republic’s October 2013 election saw him and his party enter a coalition government with the Social Democrats. While so-called lustration laws still on the books in the Czech Republic are meant to prevent anybody who worked as a secret police agent from being a cabinet member, Czech President Miloš Zeman agreed to ignore the law and granted his approval of Babiš as finance minister.

Babiš launched his lawsuit in January 2012, but a series of delays pushed the proceedings back again and again. He has criticised that delay and alleged that it was politically motivated and an attempt to derail his political ambitions. After attending the start of the court session on January 30, Babiš left for a series of meetings in Bratislava, including with Slovak Finance Minister Peter Kažimír. Following a series of witness testimonies, the judge later adjourned the case until April 14, in an attempt to summon Július Šuman, an ex-ŠtB agent who claimed in an archived document to have recruited Babiš as an agent.

Babiš insists his appearance in the files, often under the code name “Bureš”, stems from a requirement that agents recruit new collaborators as part of their job. He contends that Šuman merely listed his name so as to meet his recruiting quota.

Šuman has thus far declined to speak about his role in the case, but two witnesses testified on Babiš’s behalf on January 30. Kulha said that he came across Babiš’s file in 1987 and decided to file it in storage after concluding that Babiš was not really a willing agent. Babiš was a member of the communist party.

While Babiš’s own file long ago went missing, Bureš appears in at least five different files, according to the ÚPN. Critics of Babiš cite this as proof that he was an agent.

Hopefully money cannot buy you anything, Martin Slávik, a former ÚPN researcher, told the Sme daily. “Undoubtedly, it is enough to buy popularity, a political party and loyalty. But it is more difficult to buy your own past.”

At the same time, there appear to be some inconsistencies in the files containing Babiš’s – or Bureš’s – name, including one that claims he was in then-Czechoslovakia at a time he wasn’t.
“I am confident I will win,” Babiš told reporters before leaving the court on January 30.