Markets beyond EU are in crosshairs

THE ABSENCE of trade barriers in European Union countries makes them logical destinations for Slovak exports. But Slovak firms are seeking new places to export their products, prompted by prospects in markets outside the EU, and the need to reduce Slovakia’s reliance on EU markets and buffer it from the economic crisis. 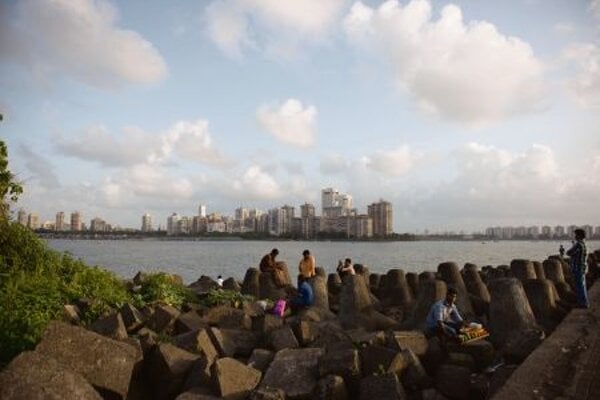 THE ABSENCE of trade barriers in European Union countries makes them logical destinations for Slovak exports. But Slovak firms are seeking new places to export their products, prompted by prospects in markets outside the EU, and the need to reduce Slovakia’s reliance on EU markets and buffer it from the economic crisis.

“Dear exporters, you have correctly understood the crisis as a challenge and put your products into third markets,” Economy Minister Tomáš Malatinský said in mid December, when meeting with Slovakia’s biggest exporters.

Malatinský specified that exports to European countries outside the EU27, as well as Africa, Asia and America, registered the highest increase in 2012, while industrial production is one of the biggest drivers of Slovakia’s exports and its economy as a whole.

According to the Economy Ministry, Slovakia is responding to the risk of its one-sided export focus on the EU by diversifying the territorial structure of its exports.

It has prepared the Strategy of External Economic Relations of the Slovak Republic for 2014-2020, in which it lists countries that have good prospects for Slovak exports.

These include countries of the western Balkans (Serbia, Bosnia and Herzegovina, the former Yugoslav Republic of Macedonia, Montenegro and Albania), the Commonwealth of Independent States (Russia, Belarus, Georgia, Azerbaijan, Kazakhstan, Tajikistan, Turkmenistan and Uzbekistan) and Ukraine, the Far East (China, Vietnam and Indonesia) and India, and North and South America (Brazil, Chile and the US).

“In most of these territories we used to have very good positions in the past,” the Economy Ministry wrote. “In many of these sectors we still have a good reputation, and these territories also have, from the long-term point of view, prospects for economic growth.”

Vladimír Vaňo, the head of CEE Research at Sberbank Europe, told The Slovak Spectator that since Slovakia is a member of the EU, it is logical that its domestic 500-million-strong common market is and always will be the most important export destination for Slovak manufacturers. However, exports to eastern markets have grown, especially for bigger exporters, including China and Russia.

Ľubomír Koršňák, analyst with UniCredit Bank in the Czech Republic and Slovakia, agrees that EU member countries are the main market for Slovakia as there are no trade barriers, but that European countries outside the EU offer a lot of potential, which Slovakia often does not fully utilise.
“An obvious example may be trade with Ukraine,” Koršňák told The Slovak Spectator. “Even though Slovakia borders this country, Ukraine accounted for only 0.7 percent of Slovakia’s exports in 2012.”

According to Koršňák, out of all central and eastern EU countries, only Croatia had a lower share of exports to Ukraine. Exports from other EU countries that border Ukraine made up 2-3 percent.

“However, many countries from these regions are struggling with internal political and economic problems, which for now significantly limits their export potential for Slovakia,” said Koršňák. “In the case of more remote markets, exports will probably always focus especially on technologies and more demanding productions, since the price of transport increases the price of exports in these countries.”

Juraj Valachy, the senior analyst at Tatra Banka, considers developing countries like Brazil, China, India and countries in south-east Asia to be of interest to Slovak exporters.

“[These] countries will need, on one hand, to build infrastructure, and on the other hand, the rising middle class in these countries will be hungry for western-European products,” Valachy told The Slovak Spectator. “But it is demanding in terms of time and finances to get established in these huge markets, but from a long-term perspective this should pay off.”

Along with Slovak embassies, the Slovak Investment and Trade Development Agency (SARIO) has been launching its own foreign representation as well, to help create new export opportunities for Slovak businesses. SARIO opened its first foreign representation in Indonesia in 2012, and plans to open offices in Russia and Vietnam by 2020.

The Economy Ministry supports Slovakia’s exports and diversification via joint commissions and participation at exhibitions and fairs, and it co-organises trade mission abroad with SARIO and other organisations.

The joint commissions usually occur once per year or whenever necessary, rotating between Slovakia and the partner country. To support export diversification, the ministry plans to hold joint commission sessions in 2014 in several less traditional destinations, like Uzbekistan, Kazakhstan, Bosnia and Herzegovina, Montenegro, Macedonia, Mexico, Turkey and India.

Along with the Economy Ministry and SARIO, the Ministry of Foreign and European Affairs also helps Slovak companies establish themselves on foreign markets. In addition to providing information and consultancy services, it runs its own business centre, launched in 2011, and a continually updated website, Podnikajme v zahraničí (Let Do Business Abroad), through which it publishes information from abroad for the business community about fairs and exhibitions, inquiries, investment offers, international public procurements, statistical data and complex economic information about countries in which Slovakia has embassies.

Exporters can also use the website’s database of Slovak export companies to promote themselves, and they can even publish short video-presentations on YouTube, Dagmar Repčeková, general director of the Economic Cooperation Section at the Ministry of Foreign and European Affairs, told The Slovak Spectator.

“The launch of the business centre has, after three years of its existence, proven to be an effective measure,” said Repčeková, adding that its main benefit is bringing the latest information to exporters. “It enables businesspeople to obtain specific information about trade with a certain country at one place, to get information about public tenders and opportunities of financing of various projects and simultaneously to ask for mediation of commercial contacts. The number of received and settled inquiries more than doubled during the last year.”

The firms that use the business centre services vary in size, as do their inquiries. Both new and established exporters are able to successfully utilise any form of help, according to Repčeková.

“The main challenge we are currently facing is to secure accord and synergy with financial and technical information and diplomatic means for the development of export activities within inter-departmental sphere of powers,” said Repčeková, adding that in line with the electronisation of public administration, there is also a plan to build a single portal for business entities. This should speed up inter-departmental cooperation when providing complex pro-export services on the basis of the requirements of individual businesspeople, and will enable the use of businesses’ feedback when setting priorities at the Foreign Ministry.