THOUGH small and medium-sized companies (SMEs) dominate Slovakia’s business sector, creating a considerable portion of the country’s GDP, their share of total exports remains low. SMEs say a lack of information and staff, as well as Slovakia’s worsening business environment, prevents them from taking advantage of export opportunities. The state is aware of the problem and has prepared the MISIA 14 project to help. 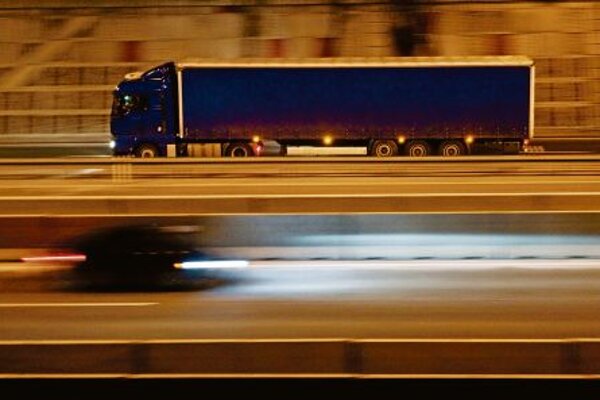 SARIO believes there is room to boostSMEexports by 50 percent. (Source: SME)
Font size:A-|A+0

THOUGH small and medium-sized companies (SMEs) dominate Slovakia’s business sector, creating a considerable portion of the country’s GDP, their share of total exports remains low. SMEs say a lack of information and staff, as well as Slovakia’s worsening business environment, prevents them from taking advantage of export opportunities. The state is aware of the problem and has prepared the MISIA 14 project to help.

“Foreign trade is a significant determinant of the success of Slovakia’s economy,” Peter Mihók, chairman of the Slovak Chamber of Commerce and Industry (SOPK), told The Slovak Spectator, adding that while large exporters dominate, there is room for SMEs to increase their exports.

A closer look at exported goods reveals a narrow export focus, with cars, electric equipment and machinery having made up as much as 44.2 percent of the country’s total exports in 2012, and five items out of 110 items on the customs tariff made up as much as 66.6 percent of aggregate exports. In Mihók’s opinion, this means other areas of Slovakia’s industry and services sectors should be able to increase their exports.

Martin Hošták, secretary of the National Union of Employers (RÚZ), pointed out that SME exports remain low despite growth in industrial specialisation as well as their share of final products.

Vladimír Sirotka, head of the Slovak Association of Small Companies (SAMP), who views SMEs’ export capacities as underutilised, notes that while 98-99 percent of all business entities in Slovakia are SMEs, accounting for 40 percent of GDP, their share of exports is only about 18 percent.

“For the time being, SMEs export rather indirectly via supplies for large, exporting, companies,” Sirotka told The Slovak Spectator, adding that exports require extra staff to handle administration and export-related activities, which SMEs usually lack.

Mihók agrees that SMEs have difficulty competing in distant foreign markets because they lack the necessary financial and human resources to overcome barriers resulting from geographical remoteness and cultural and administrative characteristics specific to those markets.

Roman Karlubík, vice-president of the Federation of Employers’ Associations (AZZZ) and the president of the Association of Chemical and Pharmaceutical Industry, believes the low share of SME exports is due to low foreign demand, which is linked to the economic crisis in the EU. Curbing emissions at the European level, increasing energy prices and the EU regulation REACH, adopted to protect human health and the environment from chemical risks, also prevent Slovak SMEs from fully utilising export opportunities.

“At the Slovak level, the constant worsening of the business environment hampers business and thus also exports,” Karlubík told The Slovak Spectator, adding that the burden of consolidating public finances has fallen heavily on SMEs, as have changes made to the Labour Code and the extension of higher-level collective agreements for all firms in the sector. “The burden of income and payroll taxes is disproportional, and in the case of SMEs it can sometimes even cause their liquidation.”

Toward that end, SARIO has prepared with partners Google/Sapie, Slovak Telekom, Zoznam.sk, Sberbank, Eximbanka, Effectivity/Publicis and Samsung as an associated partner, a project called MISIA 14, which is an acronym of MADE IN SLOVAKIA 2014.

“Via the MISIA 14 project, SARIO wants to provide SMEs an opportunity to think more about their export ambitions,” SARIO’s Richard Dírer told The Slovak Spectator. “We want to show them that an ambitious and quality firm has a chance to succeed abroad. The final goal of the project is to change export ambitions into real exports.”

The project is divided into two parts. The first step is to gather information from SMEs via questionnaires on the project’s website, based on which SARIO and its partners will then prepare packages of integrated services adapted to the individual SME sectors with export ambitions. While the deadline for filling out the questionnaire was January 31, the service packages will also be based on information collected and introduced later during the year.

According to Dírer, companies offering products comparable to their competition showed the most interest in the survey. Their target markets are the EU and Europe, and obtaining contacts and information for their target markets remains their biggest problem.

“Only on the basis of assessment of opinions [of SMEs] will it be possible to prepare real packages of services and support for exports, especially for companies that are just starting to export their products,” said Sirotka, adding that, however, in his experience, SMEs have not shown much willingness to fill out the questionnaire.

Some firms believe that there are other ways to help Slovak exports. RÚZ pointed out that so far Slovakia has used only a few of these opportunities, such as projects offered by European and international institutions.

“It is necessary to look for capital resources for pro-export projects outside Slovakia,” said Hošták, adding that especially during a time of economic crisis and contraction of the banking sector, there are projects of the supranational type offered by institutions, to whose operation Slovakia contributes via member fees, which are very suitable for this purpose.

In terms of effective usage of public resources, RÚZ believes that the state-financed institutions that support exports focus on activities that are inevitable for exports, but which the market does not provide.

Hošták cites the view of most Slovak exporters that the state’s efforts to lobby and market the country and its brand are weak. RÚZ calls for active lobbying by state representatives and institutions to benefit specific export activities for traditional exporters, creating a way for exporters to network with each other when entering foreign markets and building Slovakia’s brand and reputation.

RÚZ says that although the network of embassies that serves as the backbone for supporting Slovak exports is of key importance, it points to analyses showing that it is complicated and territorially unbalanced.

In terms of the political agenda, RÚZ proposes to make more use of the EU’s foreign network, which may generate bigger personal, organisational, property, logistical and financial resources, and lead to deeper engagement within the network of Slovak embassies.

AZZZ perceives the current state assistance to Slovak exporters as only marginally effective.
“The state guarantees during export help, but the biggest help would be a general improvement of the business environment,” said Karlubík.