ROBERT Wilson is most famous as a theatre director and choreographer who rose to prominence directing the experimental opera Einstein on the Beach to the music of Philip Glass, but Slovaks have not had the opportunity to become acquainted with his theatrical work. 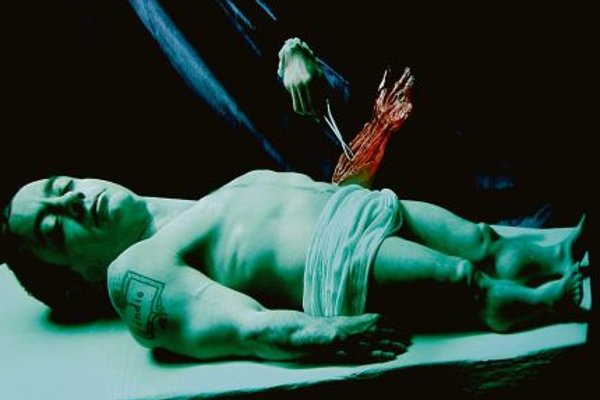 ROBERT Wilson is most famous as a theatre director and choreographer who rose to prominence directing the experimental opera Einstein on the Beach to the music of Philip Glass, but Slovaks have not had the opportunity to become acquainted with his theatrical work.

Slovaks would have to travel to Prague to see any of Wilson’s productions, where he has already directed several other stagings, and is now preparing an epic for the National Theatre about the First World War called 1914, which is set to open in April.

Yet, the Slovak National Gallery (SNG) has managed to co-organise an exhibition of Wilson’s video portraits, an art form he began exploring in the 1970s and 80s, but only really started working between 2004 and 2007, after the technology progressed enough to fulfil his high technological demands.

The exhibition, called Videoportraits, features only a few of the roughly 50 works that appeared within the “Voom Portraits” series, which presents dynamic portraits of celebrities, ordinary people and animals, according to a press release. In the Bratislava exhibition, portraits include Steve Buscemi, Johny Depp, Dita von Teese, Robert Downey Jr., Boris the Porcupine, Brad Pitt (in a shower), Salma Hayek, Norman Paul Fleming (a non-celebrity car mechanic) and Ivory, a black panther. In the entrance hall of the SNG, 14 video portraits of a snowy owl (shrieking nosily) are in a digital bird cage.

Wilson, a Texas-born artist who abandoned his architecture studies to focus on dance and body theatre and created his own “studio”, gradually influenced the international avant-garde, and eventually even conquered the world of show business. The video portraits are sophisticated works, made in collaboration with composer Michael Galas, fashion designer Kevin Santos, light designer Urs Schönebaum and producer Matthew Shattuck, who also attended a press conference on December 12, shortly before the exhibition opened.

“Wilson’s idea has always been to do a cross-section of society that involved every-thing from an auto-mechanic to the gods of our times,” Shattuck said. “Wilson especially operates well with the ideas of icons; you have an icon of an animal, of a businessman - the sort of icons of society,” he explained, adding that the portraits are the result of hours and hours of preparation, involving make-up artists and animal handlers.

However, Petra Haná-ková, the exhibition’s curator, said that “the video-portraits he presents us are more Robert Wilson that the person portrayed”. People hoping for a look into the private life of Brad Pitt or Salma Hayek (or a porcupine, for that matter) might be disappointed. But if you leave your expectations at the door and approach this unusual artistic medium with an open mind, and really take your time to enjoy the works, complete with the audio component, you might really enjoy it. The audio may at times be a little disconcerting, how-ever, as when Ivory the panther speaks in English about a visit to the beach.

“Wilson’s portraits are a notable example of the updating of a classic genre – ‘upgrading’ the portrait with new, digital technologies,” Hanáková wrote in a bulletin for the exhibition. “They can glow in a darkened room, enlighten a rough city space (as advertising light boxes), decorate a living room or become a screen in a mobile phone app…. His extravagant visual style has always been saturated, full of impulses, highly stylised, ‘campy’, kitschy, in a way – and so are his videoportraits. Their saturated beauty draws from theatre, film, music and visual art, while being strongly digital and fully using the means of expression of new media. This beauty is high definition, slow motion, and ideally calibrated.... We have never before had such a high-tech exhibition at the SNG,” Hanáková concluded.

“Voom Portraits are surely not Wilson’s masterpieces - those are still his theatre performances,” she explained. “But they represent an interesting media stunt to draw attention to Wilson’s very complex and recently ever more poly-artistic creation.”

While Wilson’s theatrical productions may not make their way to Slovakia any time soon, he will be coming to Bratislava for a discussion and a screening of video-recordings of his theatrical stagings - in English with a translation - on April 6 at 17:00 at the new Slovak National Theatre.

Videoportraits can be seen in Esterházy Palace in Ľudovíta Štúra Square in Bratislava until March 23, daily (except for Mondays) between 11:00 and 18:00.