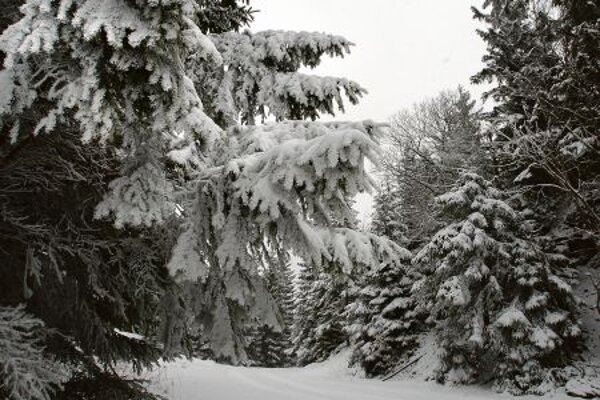 GREEN grass, flowering trees and flying insects are a surprise to see in early January, a time Slovaks normally associate with snowball fights. With an average annual air temperature that has risen by around 2 degrees over the last century, climatologists say its time for the country to prepare for increased plant allergens, lower water supplies and falling income from tourism.

“Thanks to all of those negative effects the number of ski resort visitors is decreasing,” Vladimír Onderčanin, the winter sports gear seller told The Slovak Spectator. “Customers who used to visit the Low Tatra Mountains repeatedly during Christmas, winter and spring break or Easter, are currently choosing different options for their vacations.”

Along with increased temperatures precipitation decreased by around 5.6 percent in the last hundred years and relative humidity by approximately 5 percent, according to webpage of Slovak Hydrometeorological Institute (SHMÚ). In 2013 Slovakia experienced four days with super tropical night which means that temperature did not fall below 25 degrees Celsius at least in one place. This is the most such nights since record keeping began, Milan Lapin, head of the department of meteorology and climatology at Comenius University in Bratislava told The Slovak Spectator.

Annual levels of precipitation have been increasingly fluctuating. For example, 2003 saw only 74 percent of the yearly average, while in 2010 it rained 164 percent above the average, Pavel Šťastný of the SHMÚ meteorological service department told The Slovak Spectator. This results in periods of flooding and dry spells, according to him.

Average temperatures could increase between 2 to 4 degrees Celsius by 2075, which would mean what is now the climate the Danubian Lowland in south Slovakia would be the conditions in the Liptov region of northern Slovakia. Higher temperatures should negatively affect water balance, agriculture, biodiversity and health of population, according to the SHMÚ.

Climate has heavily influenced socio-economic development and still does, Jozef Minďaš, chairman of the Board of Ecological and Forest Agency (EFRA) and former head of the Slovak national forest company Lesy SR, told The Slovak Spectator.

“Anthropogenic climate change significantly speeds up those changes which are noticeable even during one human generation,” Minďaš said. “That is why those changes, which we observe, are so extraordinary, intense and will deepen.”

Climate change will affect Slovak agriculture both positively and negatively since higher temperatures extend the growing season but cause problems to farmers in regions where summer heat waves already limit production, according the final report of the Climatic Change Consequences and Adaptations project, conducted by SHMÚ in cooperation with the EFRA and the Association for Economic Modelling, Forecasts and Analyses (EMPA) in 2011.

Thanks to higher temperatures farmers are able to grow warm weather plants like corn and tomatoes even in northern Slovakia at 600 meters above sea level, Lapin told The Slovak Spectator.

“The area proper for growing more demanding fruit trees has extended,” Lapin said. “Even, grapes were able to mature under the Tatra mountains in some years.”

On the other hand, negative consequences of higher temperatures will outweigh positive as the related heat waves, floods, weather variability and immigration of new biological species including microorganisms, pathogens, weeds and pests result, Lapin said.

“It is almost sure that some original plant and animal species will go extinct while others might experience calamity-level over reproduction,” Lapin added.

Climate change will affect mainly those animals and plants which can not adapt to new environments quickly. Since animals are mobile they will move together with migrating climate to cooler areas to the north to be replaced by new species coming to Slovakia for example from Balkans. At present, there are several insect species and other animals living in Slovakia which were not observed here 30 years ago, according to Minďaš

“Plants are in significantly more complicated situation since a tree simply can not rip its roots off and move to another, more proper, place,” Minďaš said.

Forecasts say that long-term river flow will decrease 25 percent by 2075. The lack of water together with weather extremes and prolonged periods of hot and cold will become burden on Slovak agriculture, making it more water demanding. The major agriculture production areas in southern Slovakia and already suffer from lower precipitation meaning additional spending on irrigation is likely, according to the SHMÚ.

When it comes to forest-centred economics, the report on climate change consequences presumes that production will decrease by 5.5 percent until 2050 – a €123 million loss – should nothing be done to mitigate or reverse these trends. Along with falling production less and less numbers of workers will be needed, resulting in around 3,000 fewer jobs in the forest economy by 2050.

Climate change is a burden on people’s health all over the world and leads to premature deaths due to extreme weather. Warmer winters and prolonged dry and wet periods will favour an array of dangerous insect and various organisms which have been unable to survive in Slovakia’s climate to date. Therefore people, animals, plants and trees might suffer from diseases which have been rare or generally unknown for Slovaks, according to Lapin.

“Another problem is an occurrence of plants producing allergens, particularly pollen, which our population is not accustomed to,” Lapin said. “Even this may cause increasing problems with allergies.”

A heat wave in 2003 caused more than 35,000 deaths in Europe, according to an SHMÚ study citing EU report focusing on the years 2001 to 2004. The study revealed that salmonella cases increased by 5 to 10 percent for each one-degree increase in weekly temperature for ambient temperatures above about 5 degrees Celsius. Moreover, ticks transmitting Lyme disease have spread into higher latitudes and altitudes in recent decades and become more abundant elsewhere.

In general, food borne diseases prosper from inappropriate production, transport, storage and manipulation during high daily temperatures. For example people tend to exceed cooling devices’ capacity on hot days or leave food outside for too long. Intensive rains also may cause contamination of water by pathogens, according to SHMÚ study.

Moreover, Slovak winter tourism will suffer heavily from a decreasing number of snow days per season, according to Minďaš. He added that people will have to travel to mountains at least 800 metres above sea level or higher for skiing.

Climate changes affect even customer behaviour, according to Onderčanin.

“Even our customers count with negative forecasts; they wait longer to do their shopping, they take a longer time planning their winter vacations spent in the Slovak mountains and wait for longer range forecasts,” Onderčanin said. “Often they prefer skiing abroad because of a better guarantee of [good] snow conditions in higher altitudes than they can find here.”

Should current trends continue, climate change will cause loss from €159 million to €332 million in tourism sector by 2050 if people will not adopt any measures to mitigate its consequences. It will claim 2,159 to 4,352 jobs in the tourism sector, according to the study.

On the other hand, summer tourism in all regions should prosper from the higher number of sunny days. However, study authors stress that if Slovakia really wants to make profit from improving conditions for summer tourism it has to offer better services, infrastructure, security and information to tourists. The country also must improve its information and warning system protecting people from sudden and extreme weather changes, according to experts.

“We will have to get used to unexpected weather changes and be more interested in the weather forecast while planning our holiday and tourism activities,” Minďaš said.

HIKERS had to be more cautious in mid-January as unusually warm winter pulled bears out of their dens. Instead of remaining deep in winter hibernation, they were out and about, hungry and nervous.
The unseasonably warm temperatures confused not only bears but also lizards and vipers, which were basking in the sun as wild geese flew overhead, zoologist Miroslav Saniga from the Institute of Forest Ecology of Slovak Academy of Sciences said of recent unusual animal behavior. These normally dormant or migrating animals have remained active, the Sme daily reported on January 14.
“When it is warm enough, [the viper] wakes up and goes out to check whether spring has come,” Saniga said.

Tourists should be careful, awakened bears can be sullen and nervous, Saniga said, adding that of the eight bear dens in the Great Fatra, a mountain range in northern Slovakia that he monitors, five were empty.

“If these winters continue, [bears] will have to give up their winter sleep,” Saniga said.
He added that further problems may ensue as active bears deplete their fat reserves and become hungry. If they do not fall asleep again they will search for food in trash cans and other places close to humans.

Tourists could encounter a bear in the Great and Lesser Fatra, Tatras, Starohorské vrchy mountains or in the Poľana mountain range.

People should not be afraid to go into the forest, but they should have some respect towards those animals, says Saniga. He advised tourists to talk to each other while hiking so that bears hear them and avoid confrontation.