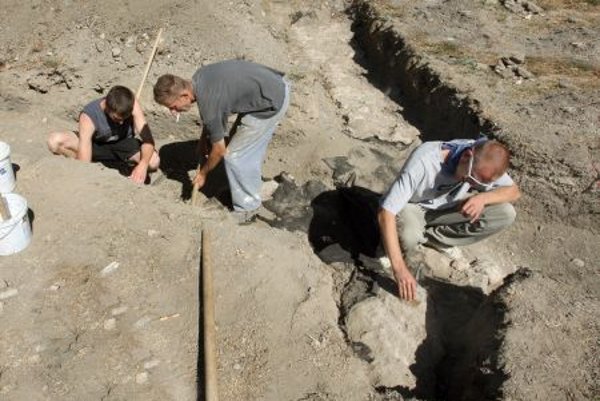 “Thanks to field research, we achieved an interesting result that can bring new information about the history of Slovakia in different periods and regions,” head of the Archaeological Institute of the Slovak Academy of Sciences (SAV) in Nitra, Matej Ruttkay, told the TASR newswire.

“As last year, there were fewer saving explorations, we were able to focus more on explorations, which in fact means surface searches for archaeological sites, be it directly through inspections in the field, or through aerial exploration, geophysical measuring and the like,” Ruttkay explained.

Thanks to intensive field work, archaeologists in 2013 located, for example, several abandoned medieval villages in the Spiš region. “Now we are preparing them for more detailed research in the future,” he said.

Other important recent findings include burial mounds scattered over north-western Slovakia. “We have just started to study them,” Ruttkay said. “We do not know exactly to which times they date; maybe they are Slavonic, and maybe even older. They lie in the Považie region, from Žilina to Trnečín, even in the Upper Nitra region.”

The Lidar, an aerial laser scanner, helps in discovering new localities; archaeologists are able to use it thanks to a project financed from structural funds. “Simply put, it is a scanner that enables us to obtain aerial images of the surface, without forests. The scanner filters out forests, and thus we can see all possible paths, roads, burial mounds and fortifications,” Ruttkay said. “During this research, we managed to find a very important hill fort from Great-Moravian times. As for now, I will not say where it lies, but as for the richness of its findings, it can even be compared to such crucial sites like the hill fort in Bojná or Pobedim.”