THE PRESIDENT could play an important role in selecting the top justice if one of the proposals outlined by Prime Minister Robert Fico as part of his planned changes in the judiciary makes it through the government and parliament. Critics, however, opine that as the presidential election nears, Fico is only talking the talk, and that he might prove less eager to actually walk the walk. 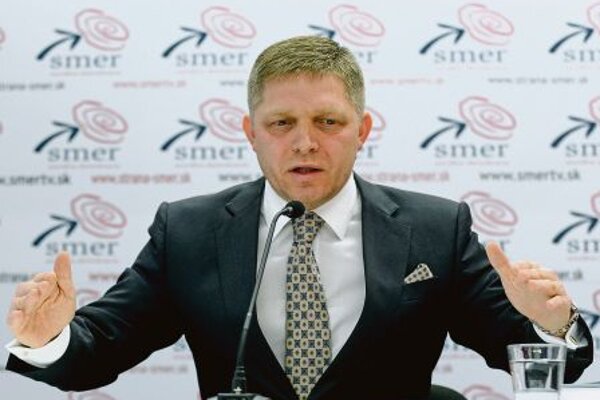 THE PRESIDENT could play an important role in selecting the top justice if one of the proposals outlined by Prime Minister Robert Fico as part of his planned changes in the judiciary makes it through the government and parliament. Critics, however, opine that as the presidential election nears, Fico is only talking the talk, and that he might prove less eager to actually walk the walk.

This came in response to accusations from some of his competitors in the presidential race. Ján Čarnogurský, running as an independent candidate, accused Fico on January 7 of attempting to expand the president’s powers by adding the authority to appoint chairs and deputy chairs of the courts, thereby gaining more influence over the judiciary. Smer accused Čarnogurský of lying.

Another alternative that Fico mentioned in parliament on February 6 is to have the Constitutional Court select the Judicial Council chair, Sme reported.

At the moment, the Judicial Council elects its own chairman, who then also automatically becomes the Supreme Court president. Harabin’s term finishes at the end of June, and the Council must select his successor before that.

Some of the proposed changes, including the division of the two posts and changing the selection process for the Judicial Council head, would require a constitutional majority in parliament, meaning that at least seven opposition MPs would have to support it. Fico said the change might even be passed through a law proposed by an independent MP, former justice minister Lucia Žitňanská , who recently submitted a proposal to divide the twin posts currently held by Harabin.

Žitňanská said she was ready to discuss the matter. Fico said he is not opposed to the idea of Smer MPs supporting Žitňanská’s proposal, and stressed the need for a wider political consensus and a discussion between the ruling party and the opposition.

For now, however, Fico has not presented any specific proposals nor has he organised a meeting with the opposition, Žitňanská wrote in her column published in the Hospodárske Noviny daily on February 12. She is thus sceptical about the whole initiative of the prime minister and suggests it is just part of his presidential campaign.

“Until the presidential election and the election of the Supreme Court president, the government stands no chance of pushing through changes in the judiciary through the standard legislative process; the deadlines won’t stretch,” Žitňanská wrote, adding that if Fico is elected president, he will not be able to influence the legislative changes from his post.

Apart from dividing the posts of the Supreme Court president and the Judicial Council chair, Fico and Justice Minister Tomáš Borec unveiled several other changes in the judiciary. Having the judges pass security clearances has been one of the most discussed proposals, since the Constitutional Court already ruled in the past that requiring security clearances from judges is an inappropriate intervention of the executive in the judiciary.

The Justice Ministry will also propose smaller changes, such as stricter terms for granting 13th and 14th salaries to judges, strengthening the rules for reviewing the health condition of judges on sick leave and a new rule requiring judges to pay damages if Slovakia loses a case at the Constitutional Court or the European Court of Human Rights concerning court delays. To increase the responsibility of court chairpersons, the ministry will propose prolonging their term from the current three years to five.