THE ADOPTION of changes to the public procurement law together with an amendment to protect vineyards and wine regions across Slovakia has elicited mixed reactions. The American Chamber of Commerce in Slovakia (AmCham) asked President Ivan Gašparovič to veto the new measures, which it says were passed non-transparently and without public discussion. It also pointed to potential conflict with European Union rules. The Agricultural Ministry, however, deflected the criticism, saying that AmCham does not understand the issue. 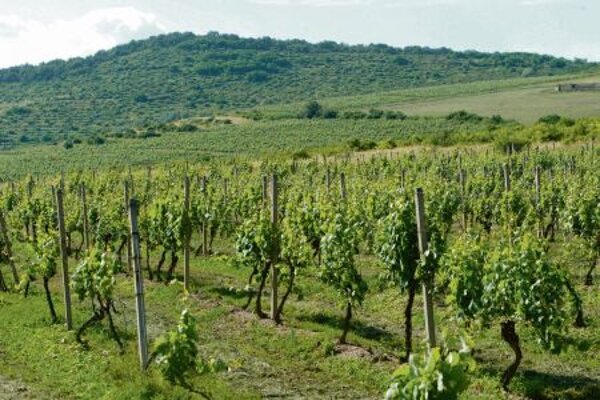 Winemakers to be exempt from some tenders. (Source: SME)
Font size:A-|A+

THE ADOPTION of changes to the public procurement law together with an amendment to protect vineyards and wine regions across Slovakia has elicited mixed reactions. The American Chamber of Commerce in Slovakia (AmCham) asked President Ivan Gašparovič to veto the new measures, which it says were passed non-transparently and without public discussion. It also pointed to potential conflict with European Union rules. The Agricultural Ministry, however, deflected the criticism, saying that AmCham does not understand the issue.

Despite the objections, Gašparovič signed the bill into law on February 11.

As of February 27, when the new law becomes effective, fruit and vegetable growers, bee-keepers and winemakers will be entitled to procure specific goods and services with European funds without holding a public competition. The state expects to spend about €84 million over the next six years, the Sme daily reported.

AmCham points to the fact that the changes were adopted by parliament on January 28 without a proper public discussion, even though they will significantly change the rules for the use of public resources.

“We consider the way of adopting laws without the access of the public as non-transparent,” reads the letter AmCham sent to the president. Moreover, it eventually “reduces the transparency and trust of the business environment as well as the overall attractiveness of Slovakia as a destination for foreign investors”.

The amendment was prepared and discussed only in the parliamentary agricultural committee, which does not actually deal with public procurements. Though AmCham understands the government wants to make drawing money for farmers from EU structural funds more effective, it disagrees with the way in which the amendment was passed.

Peter Hajnala, spokesperson for the Agricultural Ministry, said they prepared the amendment in response to farmers who were asking for changes to the current system. They often applied for only small subsidies, which were often lower than the cost of public procurement, he explained.

The Interior Ministry, which prepared the last amendment to the public procurement law, did not comment on the AmCham objections, saying it has to read them in detail first.

The argument that the exceptions from the law will improve the process of drawing money from EU funds is not enough, according to Peter Kunder of Fair-Play Alliance. He compared it to placing a pallet with EU money on a public square and letting people take it.

“Drawing the [money from] EU funds will then be 100 percent,” Kunder told The Slovak Spectator.

The German-Slovak Chamber of Commerce (SNOPK) has also criticised the changes, calling them “fundamentally wrong”.

“In Slovakia we need more transparency within the system of public procurement; the amendment, however, is a complete step in the opposite direction,” SNOPK spokesperson Markus Halt told The Slovak Spectator.

According to AmCham, another problem with the amendment is its alleged conflict with EU rules.

“We are afraid that if the proposed exception is adopted, Slovakia will face serious consequences, especially when drawing money from EU funds based on this exception,” the letter reads.

Also Halt and Kunder say that the new rules might be at odds with the EU laws.

Given that compliance with EU legislation is a condition for drawing money from structural funds, the European Commission (EC) will review the amendment as soon as it receives it, Andrej Králik, head of the press and political section of the Representation of the EC in Slovakia, said.

“In the event that these rules are not respected, the EC can decide that it will not repay the costs [spent] on the project, or based on the seriousness of the violation it will impose blanket or individual financial corrections,” Králik told The Slovak Spectator on February 10.

Hajnala however says that the amendment complies with the EC regulation passed in October 2007, which pertains to the establishment of common organisation of agricultural markets, which also defines the financial frameworks for specific areas.

Stanislav Nemec, spokesperson for the Slovak Agricultural and Food Chamber (SPPK), says that the information in the press was exaggerated since it might give the impression that all farmers will be exempt from public procurement. He explained that the exceptions will apply only to specific orders of goods, services and construction works within the measures of common organisation of agricultural markets.

“So it does not pertain to projects submitted within the Programme of Rural Development through which farmers get a significant portion of their investment subsidies,” Nemec told The Slovak Spectator, adding that farmers will still have to arrange a competition if they want to buy, for example, a tractor.

Winemakers welcome the changes, saying that it is nearly impossible to do a public procurement when they, for example, plant new vines. Since they do not have enough quality scions, they often have to order them even one year in advance and there is still no guarantee that they will actually get them, said Jaroslava Kaňuchová Pátková, executive director of the Association of Grape and Wine Producers in Slovakia, as cited by the TASR newswire.

According to her, only those who are unable to sell their scions because they are of lower quality will participate in the competitions. Moreover, a difficult public procurement process does not factor the agro-technical operations, dates and, most of all, the experience which are necessary when building the vineyard, she said, as cited by TASR.

“No vine dresser or winemaker in the Czech Republic, Hungary [or] Austria has to do a public procurement to get the same or even higher contribution,” she said, as quoted by TASR.

The amendment to the public procurement law will also affect the publishing of frame agreements. If the state or municipality signs a deal with several suppliers over regular deliveries of goods or services worth €130,000 or less (and €5 million in the case of construction projects), they will only have to publish the information on signing a frame agreement, without specifying whether they will use it or whether they will actually get something from the suppliers, Sme wrote.

Moreover, the offices will not be required to publish a memorandum from opening envelopes with bids if they will later compete in the electronic auction. Smer explains that such a change will prevent the firms from creating cartels, as reported by Sme.

Kunder of Fair-Play Alliance says the amendment represents several steps backwards. It not only increases the ways in which the law can be abused for ineffective or corrupt purchases, but also reduces the amount of published information on ongoing competitions.

“It limits the possibilities of public control,” he added.

The government practice of avoiding a public discussion during the legislative process send the wrong signal to the business sphere and society, Halt said, adding that investors regard predictability of policy as quite a significant site-related factor.

“If laws are passed under more or less exclusion of the public, there is not any trust to be gained among businesses,” Halt said.

Kunder also pointed to the silence of the Interior Ministry, which prepared the latest changes to the public procurement law. Though he expected the ministry to protest against the way in which such an important law was amended, nothing has happened.

“I do not believe that it happened without his [Kaliňák’s] silent approval,” Kunder said.