Data recovery is a life-long job

PEOPLE often store their increasing volume of digital data on a variety of devices, like internal and external hard drives, flash drives, CDs, and others, with scant awareness of their vulnerability. When people lose their data, whether by human error or device failure, they turn to data recovery specialists. Yet, despite ongoing technological developments in data storage, these specialists do not fear being put out of work, as people continue to learn about the necessity of backing up their data the hard way. 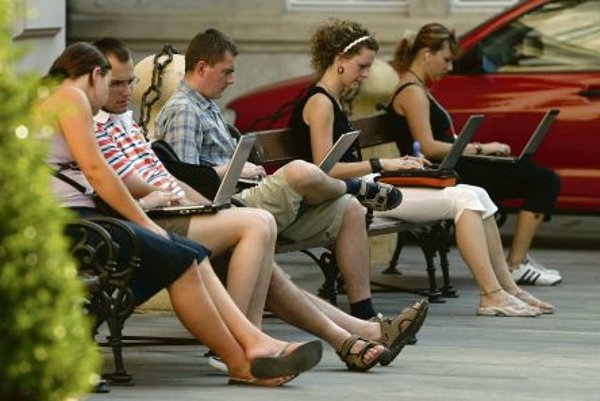 PEOPLE often store their increasing volume of digital data on a variety of devices, like internal and external hard drives, flash drives, CDs, and others, with scant awareness of their vulnerability. When people lose their data, whether by human error or device failure, they turn to data recovery specialists. Yet, despite ongoing technological developments in data storage, these specialists do not fear being put out of work, as people continue to learn about the necessity of backing up their data the hard way.

“This field [of data recovery] actually does not change, only the composition of devices [changes],” Miroslav Ferianc, from the data recovery company Macrofer, told The Slovak Spectator, adding that five years ago there were not as many mobile devices and digital cameras.

According to Ferianc, the economic crisis has forced people to think more carefully about which data is valuable enough to be recovered, as data recovery service is not cheap.

Ľuboš Manduch from the company Datarecovery has seen interest in data recovery increase over the last five years, due to a higher number of flash devices, like USB flash drives or cards on the market, as well as the expansion of the data storage market with the emergence of solid-state disks (SSDs).

Denis Havrila from the company Binart has observed over the last few years a move to more complicated failures, noting that most of the time it is the disk’s head that fails, often due to rough handling by the device’s user.

“This is currently the most common failure in the case of external discs, which many people regard only as a box for data,” Havrila told The Slovak Spectator, adding that many people do not realise that inside there are heads moving at a relatively high speed of about 100 km/h, just nanometres above the disk platter, and any contact could be fatal. Manufacturers should be required to place a warning in large, red letters on the case of each disk, similar to the warnings on cigarette packages, Havrila argues.

Ferianc agrees that rough handling of devices does nothing to help keep data safe.

“Most people use notebooks, and we receive more notebooks for data recovery because they are under more stress [than, for example, desktop computers],” said Ferianc.

Who are the clients and what data do they want recovered?

Data recovery firms say their clients consist of both individuals and companies. Datarecovery puts the ratio at 60 percent for private individuals, 30 percent are companies and 10 percent are regular client-partners, who solve problems for their clients. For Binart, private users and smaller companies make up the biggest portion of clients.

Macrofer, which has private and corporate clients, reports an increase in the sector of households, which it links to the growing popularity of digital photography, as well as the increase in secondary and university students who own notebooks, which they use to record lectures and do homework, school projects and graduation theses.

Clients come to data recovery companies to restore their photos, videos, accounting files, email and other data, which are often irreplaceable.

“Interest [in recovery] of mail, photos and office data has been increasing,” said Ferianc, adding that his company now receives fewer orders for recovering accounting data. “Now people are more careful, because accounting is quite a strategic matter. In the past, each second or third disk [brought for recovery] was accounting.”

The success rate of recovery depends on many factors, while each case is unique, depending on the type of failure, the scope of the damage and the availability of spare parts. In this respect, Ferianc cited one case in which they were asked to recover photos from a failed disk.

“We needed a very atypical disk component and we hoped that we would get it within six months,” said Ferianc, adding that they only managed to obtain it after seven years, but in the end they recovered all the photos and made their client happy.

Ferianc estimates that 15 percent of the orders they receive require more than two weeks to one month to solve. About 75 percent of all orders are fixable in a generally acceptable period of time, while 25 percent of orders are either irreparable or only partially solvable. There are also cases, however, when recovering data would require too much work and increase the price to an unacceptable level.

Binart estimates their success recovery ratio at around 90 percent, while it has decreased due to the growth of more complicated cases and more demanding recoveries.

“The technology of hard disks has been developing for decades and the capacity is still increasing, but what does not change is their reliability,” said Havrila, adding that this is no surprise, as producers, in their pursuit of ever increasing numbers and capacity, are operating on the edge of what is possible. “But the difference compared with the past is certainly the amount of data that the user can lose with one single, catastrophic disk failure.”

Ferianc agrees, adding that hard disk capacity has been increasing, and while rotating disks are reaching their limits, solid-state disk storage devices, which have no moving mechanical components (distinguishing them from traditional electromechanical magnetic disks), are becoming increasingly prevalent.

Data recovery experts agree that one of the major mistakes people and companies make is not backing up their data, or backing it up insufficiently. Banks and other financial institutions are an exception, as they have special regimes for backing up and storing data.

“The most common mistake is that people do not back up,” said Manduch. “And even when they back up often enough, it is the case that this is not a regular process and thus [when something happens] they do not have the latest data.”

Ferianc added that even when people do back up their data, they do not know where it is and in what quality, or they do not remember when they did their last backup.

“Some people admit that they have never done a backup,” said Ferianc, as they regard the disk as an absolute medium. “They work on a notebook and because nothing bad has happened to them yet, they do not see a reason for doing a backup.”

Havrila added that it is true that most people learn lessons only from their own mistakes, which means that data recovery companies do not and will not suffer from a lack of clients. He expects that in the future operating systems might force or secure automatic backups of data in clouds, but inertia remains quite high, which is proven by the fact that they receive 10-year old disks for recovery. In general, the life expectancy of a hard disk is about three or four years.

Ferianc pointed out that the use of cloud services for storing data means that somewhere at the very end, data are stored on servers’ disks in data centres, and their security still depends on the reliability of their system designs.

Datarecovery has not experienced a decrease in orders due to the use of cloud services and they do not expect to, according to Manduch. He actually anticipates an increase in demand for their services.

“Along with the increasing number of flash devices, smart phones, tablets and SSD disks, we expect an increase [in demand for data recovery] in this field, but simultaneously a decrease in the field of traditional hard disks,” said Manduch. “But certainly this will take some time.”

Havrila of Binart points to the emergence of SSD technology, which could overtake traditional rotating disks within two years, at least in notebooks.

“SSD disks represent an individual challenge,” said Havrila. “Even though they do not have moving parts, their reliability is often negatively affected by mistakes in the inner firmware, which, in my view, is still not robust enough.”

Moreover, key producers of SSD disks protect their technology with strong encryption tools, which simultaneously complicates or even prevents the development of tools necessary for data recovery, according to Havrila.

But while technological development continues, this does not mean an end to using older systems. This is proven by the experiences of data recovery experts. For example, a production company turned to Binart a few years ago to recover data from a hard disk from a CNC machine’s operating system.

They discovered that the system used on the disk was more than 25 years old and that it dated back to a time when the hard disk was only a bigger brother of the floppy disk. In the end, even though it was not possible to rescue all the data, the whole operation was successful, the machine was brought back to life and the client was able to continue its production, according to Havrila.

Macrofer had a similar case, when asked by a circus operating a merry-go-round to recover a programme from a failed 15 or 20-year old hard disk, without which their merry-go-round could not run.

“We actually do not realise everywhere that digital data are used and how much we depend on them,” said Ferianc.

“After touring some data recovery companies in the US back in 1994, I realised that this is a job for life,” Ferianc said when recalling his start in the data recovery business. “Nobody can learn these skills in one week or one month. Even with our long years of experience, we encounter new things requiring new approaches and new solutions on a daily basis. Ten or 20 years ago there were no USB flash drives, NAS boxes, external disks; actually there were only ordinary hard disks with MS DOS 33 operating systems and early versions of Windows. Now we have so many operating systems, so many file structures and others. And the devices will only become more sophisticated.”