How to destroy a village

THE STORY of Žiar nad Hronom offers a cautionary tale about the heavy-handedness of those in power in the 1950s. 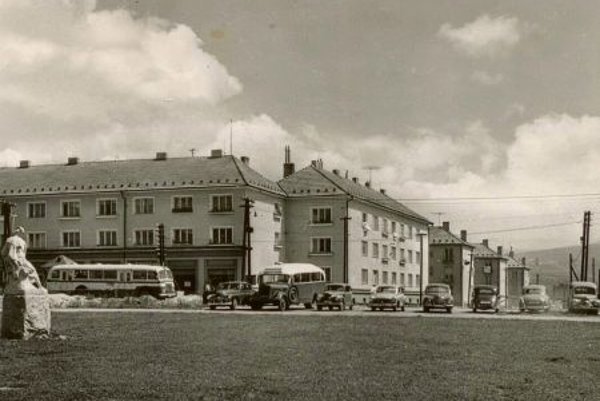 THE STORY of Žiar nad Hronom offers a cautionary tale about the heavy-handedness of those in power in the 1950s.

Before coming into existence, Žiar nad Hronom was a smaller town called Svätý Kríž (Holy Cross), which in the 18th century was the residence of a bishop as well as the political and cultural centre of the region. Later, its importance waned, and during the first Czechoslovak Republic – between the two world wars – it could only have been described as a bigger village with just a few characteristics of a town.

However, soon after the Second World War came communism, and with it the transformation in the 1950s of Svätý Kríž into an industrial town with a new name, Žiar nad Hronom. The communist establishment, with the support of Soviet advisors, decided to build an aluminium plant close by. The plant, quite big for that time, provided many people jobs, but the devastating impact it had on the surrounding countryside and the lives of the locals was irreversible.

The neighbouring municipality of Horné Opatovce paid the biggest price: it ceased to exist. The pollution from the low-tech, obsolete aluminium production cau-sed health problems among its inhabitants and covered the village and its surroundings in black dust. Every-thing died: bees, cattle, trees, etc. Thus, the government decided to abandon the town in 1960. Its 1,380 inhabitants were forced to move away and find work and new homes elsewhere in Czechoslovakia. Today, only the village’s church remains. Life also changed beyond recognition in Žiar nad Hronom itself. A big 1950s-style housing estate was built and the tranquil town was transformed into a busy industrial centre.

Some time after the fall of communism, in 1998, the outdated and dangerous method of aluminium production was stopped. New, more environmentally frien-dly technologies were adopted, which led to a decrease in emissions. However, not even greener technology can undo the vast damage caused by the reckless operation of the aluminium factory in the 1950s.