OPENING on February 1, the winter festivities in the Upper Nitra / Zimné Slávnosti Hornonitria region enter their 11th year and will continue for more than a month. 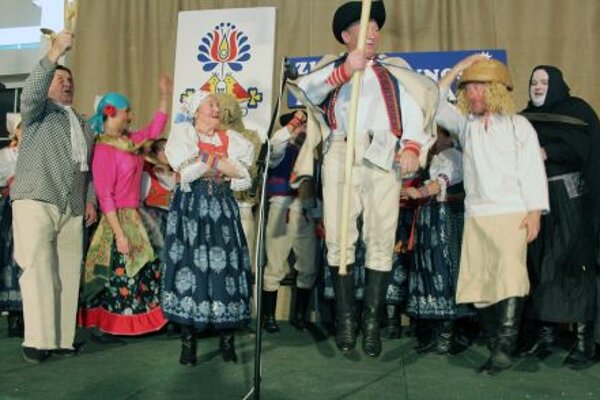 OPENING on February 1, the winter festivities in the Upper Nitra / Zimné Slávnosti Hornonitria region enter their 11th year and will continue for more than a month.

An exhibition at the Municipal Office in Nitrianske Pravno, called Wooden Toys of Masters and Folk Craftsmen of the Upper Nitra, opened on February 1, with the Winter Festivities of Folklore occurring later that day in Pravenec’s culture house.

“At this festival, folklore troupes of the Upper Nitra region perform with a prankish, Carnival-inspired and humorous series of sketches,” Eva Henčelová of the Regional Cultural centre in Prievidza (which houses the festivities), told the TASR newswire. “The event continued with a folk jamboree.”

The Súzvuky (harmony) event on February 22 will present the music of Carpathian German vocal groups from this region. The final event, on March 8, will be the Masters of the Pravnianska Valley and the Region, demonstrating traditional crafts and arts of the region.

“The Winter Festivities of Folklore have been organised for the 23rd time, growing from a small village Carnival event into a wide ranging project for the whole Nitra region,” Ľudmila Húsková, head of the Regional Cultural centre in Prievidza, told the SITA newswire.

Henčelová added that the festivities are organised in winter, when there are almost no other folklore festivals, and they offer a unique chance for folklore ensembles to meet, exchange experience, present new ideas for their repertoire and enjoy a common Carnival dance.

The festival on February 1 commemorated the recently deceased Ľudovít Vojtko, a member of the folklore ensemble Hájiček from Chrenovec-Brusno, who sang shortly before his death and allegedly died clad in a folk costume.