Hrušovský: I see apathy in people

THE CONSTITUTION needs to be changed and Štefan Harabin should be removed from the top judicial post. This is what the candidate of the three major rightist parties prescribes as a remedy for the problems of the judiciary. The Slovak Spectator interviewed Pavol Hrušovský, the only official candidate of the parliamentary opposition in the presidential race, who stresses the need for a dialogue between the government and the opposition. 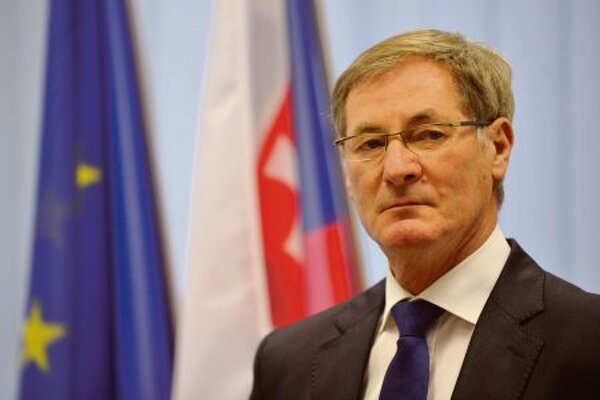 THE CONSTITUTION needs to be changed and Štefan Harabin should be removed from the top judicial post. This is what the candidate of the three major rightist parties prescribes as a remedy for the problems of the judiciary. The Slovak Spectator interviewed Pavol Hrušovský, the only official candidate of the parliamentary opposition in the presidential race, who stresses the need for a dialogue between the government and the opposition.

The Slovak Spectator (TSS): Given the presidential powers, what priorities would you set out for your term in office and what would be the biggest challenge for you?
Pavol Hrušovský (PH): A big challenge for me is to facilitate a dialogue between the government, the opposition and the professional public about amending the Constitution concerning the judiciary. The ill-performing judiciary not only hinders law enforcement, but also foreign investments. I consider it important to use the respect and the authority of the president to get involved with the aim of changing the Constitution within one year of being appointed to the office.

TSS: The president is an important player in the area of foreign policy. What would your priorities be in foreign policy and Slovak representation? Where would you go for your first state visit?
PH: My first visit would for sure lead to Prague. We’ve got above-standard relations and it is important to develop them further. I would definitely visit the Visegrad Group countries, as I’m convinced that they must play a much more important role within the EU. This is what I would work for – to strengthen the voice of our region in Europe. We must stick together and see our priorities together, because only together can we do more.

TSS: How would you use the act of individual presidential pardons and amnesties?
PH: I would use individual pardons only in cases of obvious abuse of the power of the state. I wouldn’t use the institute of amnesty, because everybody should be equal in front of the law, and crimes must be investigated.

I would rather push towards the abolition of the shameful [Vladimír] Mečiar amnesties that disallowed the investigation of suspicions that state bodies were involved in criminal activities.

TSS: Judicial Council Chairman Štefan Harabin suggested that the Judicial Council could be chaired by the country’s president, like in Italy. Can you imagine yourself chairing this top judicial body?
PH: Štefan Harabin, in the first place, cannot be at the helm of the Supreme Court and the Judicial Council. There are a number of models, and this is only one of them. We need to find a model that would secure the independence of judicial power from the executive, but at the same time secure control mechanisms so that the abuse of judicial power to the advantage of the mafia and oligarchs cannot go unpunished.

TSS: What do you consider the country’s biggest problems? What would you highlight in a state of the republic report?
PH: Unemployment, corruption and an ill-functioning judiciary. I also feel that decency, humanity and a sense of belonging are disappearing from society. Nowadays, every other judge has a lawsuit against the state over his salary, but there is nobody to stand up for teachers, nurses and the self-employed. There is nobody to hear pensioners, the weak and disabled people. Society is very polarised too, and the apathy of the people is reaching a climax. As president, I want to solve the problems with consideration, unite people and diminish the tension, not only between the government and the opposition, but also in society. I will use all my experiences and international contacts to solve the problems of the people from day one.

TSS: What do you consider to be your main advantage and disadvantage in the presidential race?
PH: I see my disadvantage in people being apathetic toward politics, and the false promises of the seemingly independent candidates. I consider my main advantage to be my political experience and international contacts that I have acquired in various constitutional posts. I am convinced that the experiment where one rules over everything, or when someone only wins thanks to money and then learns on the go, is dangerous.

THERE are currently 14 candidates in the presidential race scheduled for March 15. Ahead of the official election campaign, The Slovak Spectator requested interviews from the five front runners who top the polls, asking all of them identical questions about their strengths and weaknesses in the race, and their projects for the presidential term if they are elected.

The current issue features interviews with independent candidate Radoslav Procházka and Pavol Hrušovský, the official candidate of the People’s Platform. The next edition will feature interviews with Andrej Kiska and Milan Kňažko, both independent. Prime Minister Robert Fico, the official candidate of the ruling Smer party, declined the request, citing his busy schedule as the main reason.