DESPITE being on the global stage for more than two decades, Slovakia still lacks its own distinctive brand, which observers consider crucial when fighting for foreign investments and tourists. This has become increasingly important with the country’s 2016 presidency of the Council of the European Union fast approaching. 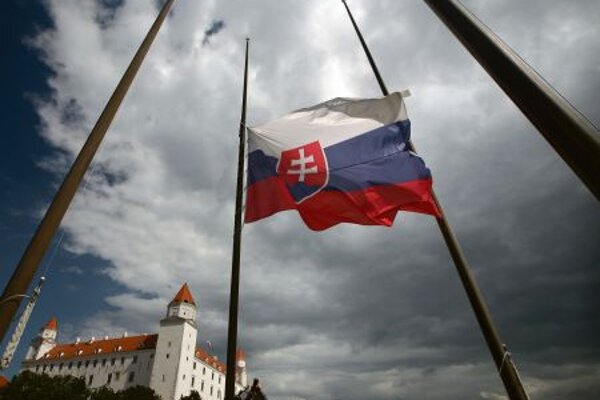 DESPITE being on the global stage for more than two decades, Slovakia still lacks its own distinctive brand, which observers consider crucial when fighting for foreign investments and tourists. This has become increasingly important with the country’s 2016 presidency of the Council of the European Union fast approaching.

The Foreign Affairs Ministry, tasked with coordinating efforts to build Slovakia’s image, has worked with a group of experts to introduce a concept they hope will result in a new brand in 2015, which they believe will be universal and used even by future governments.

The experts collaborating on the concept emphasise that Slovakia has much to offer. First of all, it is a compelling story of a country that, despite numerous obstacles, has developed into a sovereign, democratic state standing on firm ground, sociologist Oľga Gyárfášová told the press on February 18. This story, however, needs to be continued.

“It is now up to Slovakia to offer the second part,” Gyárfášová said.

Branding is an important part of the country’s promotion abroad, said Foreign Affairs Minister Miroslav Lajčák, as “only a familiar and positively perceived country can arouse the trust of strategic foreign investors or attract more tourists”. He added that good branding also helps Slovak firms in foreign markets.

After previous attempts at establishing a brand failed, partly due to a lack of cohesion and the inability of those involved to cooperate, an amendment to the Competence Act passed in 2012 put the Foreign Affairs Ministry in charge of coordinating branding efforts, Lajčák said. The new brand, according to the concept, should reflect a synergy of attitude from a variety of people.

To achieve this goal, the ministry and a group of experts summoned discussions held between May and June 2013 in focus groups composed of 45 respondents from various spheres (including sociologists, PR experts, graphic designers, people active in tourism, students, media, as well as representatives of ministries and state organisations). Based on the output the ministry prepared a concept which it now plans to submit for public discussion.

According to Lajčák, it is important that everybody who has something to say attend the talks and present their opinion. The whole discussion should be organised and led by someone with the necessary expertise and experience, who will be picked based on the projects submitted to the ministry, he said.

After the public discussion, the ministry and the expert teams will evaluate the results and prepare a public procurement, whose winner will create a complex branding for Slovakia, Lajčák explained. He however has yet to specify the cost of the project.

When preparing the branding plan, the experts conducted research on the perception of Slovakia by its own citizens and abroad, as well as how branding works in other countries.

They were inspired by several successful models abroad, especially those from Scandinavia. Gyarfášová said those countries were chosen because “together with Canada, they were pioneers in the modern understanding of branding”.

According to Lajčák, the experts discovered that a good brand should have several important attributes: it has to be true and trustworthy, both in Slovakia and abroad; it has to be unique and different from other brands; and it has to be attractive and elicit positive emotions.

Based on these findings, the experts defined four main values crucial for the Slovak brand. The first is authenticity, meaning that Slovakia should not be afraid to show its real face, since that is what makes it original. It should, for example, not be ashamed of plum jam or potatoes baked in ashes, said Marián Timoracký, a branding and marketing consultant.

The second value is diversity. Slovakia should take advantage of the fact that so many different groups live in such a small country.

The third is vitality, which pertains to Slovakia’s ability to adapt to various situations. Though some consider it a negative feature, according to Timoracký it is a sign that Slovakia can survive even in tough conditions.

As for the last value, inventiveness, Timoracký pointed to the successes of technological firms abroad. According to him, the country should use the slogan “invented in Slovakia” as it may catch the attention of more potential business partners.

Logo is just the start

Having a logo, slogans and a promotional campaign by 2015 does not mean the branding process is complete, Timoracký stressed. According to him, it is an ongoing process that shapes the national identity gradually. Some countries have spent dozens or even hundreds of years creating their brand.

“Branding is a long-distance run,” Peter Littmann, Slovakia’s honorary consul to Hamburg and the ministry advisor for presenting Slovakia abroad, told the press.

According to him, branding is important for the state, as countries are constantly competing for investors, tourists and companies are trying to place their products in foreign markets. It is also important for citizens, as it pertains to their national pride and self-confidence, Littmann stressed.

Even though experts discovered in their research that a Slovak predilection towards negativity could impact the branding concept, it will be crucial to the brand’s success to focus on the achievements and positive stories that Slovakia can offer, Lajčák said.

“They [people abroad] will perceive us positively only if we believe the story we spread about us,” the foreign minister told the press.