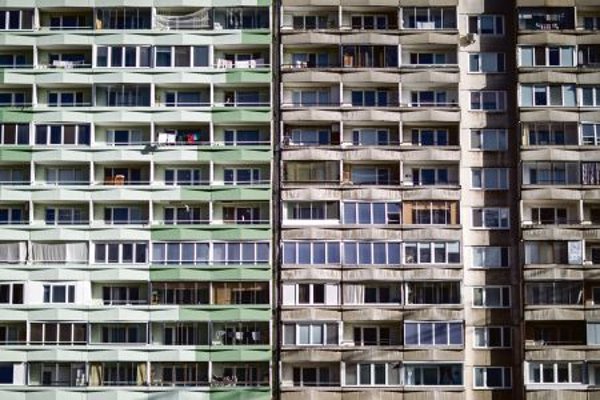 Now, the Slovak capital has a chance to move forward within a project aimed at demonstrating the feasibility of nearly-zero energy building renovation models. Bratislava is the only eastern European city to participate in the EU-GUGLE project, which stands for European cities serving as a Green Urban Gate towards Leadership in sustainable Energy.

“It should be a pilot project inspiring also to other municipalities,” Ingrid Konrad, the chief architect at the Bratislava city council, told The Slovak Spectator. “The aim of the project is to create a concept of energy performance and securing the energy efficiency of buildings when using them, as well as the reduction of energy intensity within the city’s district in which the building is located.”

This means, according to Konrad, the project will take into consideration not only the reduction of energy consumption in the buildings, but will simultaneously deal with other aspects of a sustainable environment, like the interconnection of the building with public space, green areas and sustainable forms of mobility. The latter includes mass public transport, bicycles and moving on foot.

Konrad, who has spent much of her career as an architect in Vienna, recalled that enrolling Bratislava into the project was one of her first steps as Bratislava’s chief architect, noting that this initiative stemmed from cooperation with Vienna, the Building Testing and Research Institute (TSÚS) and the Slovak Green Building Council (SKGBC). Bratislava is cooperating with Vienna in this project, while the Austrian capital is serving as a district leader.

“Bratislava was chosen in a strong competition of 45 European cities,” said Konrad.

In total, the cities of Vienna, Austria; Aachen, Denmark; Milan, Italy; Sestao, Spain; Tampere, Finland; Bratislava and the associated towns of Gothenburg in Sweden and Gaziantep in Turkey, were chosen for the project. Over the five years of the project (2013-2018) they will join efforts to combine the latest research results in smart renovation of groups of buildings at the district level and use this knowledge to renovate 260,000 square metres of living space.

The task of the five-year project is to bring to Bratislava new, sustainable technologies that will reduce emissions caused especially by heating apartment blocks. Within this project, Bratislava can receive up to €2 million to renovate 40,000 square metres of total floor area, i.e. up to €50 per square metre to cover the costs of the renovation. Out of the total total floor area, 20,000 square metres should account for buildings owned by the Bratislava municipality, while the remaining 20,000 square metres should account for privately owned housing represented by owners’ associations or apartment block administrators. The European Commission will refund the renovation costs only after the works are completed and have achieved the target parameters.

“It is necessary to increase the energy and the ecological awareness of Bratislava’s citizens and to see the issue of renovation, including the thermal insulation of buildings, in the context of the creation of a sustainable city as a whole,” Zuzana Sternová, director of TSÚS told The Slovak Spectator, adding that this also encompasses improving the aesthetic of buildings’ urban residential environments in relation to the surrounding greenery and public space.

Roman Bahník of the Slovak Green Building Council sees EU-GUGLE as an ambitious project which can benefit Bratislava in terms of designing and demonstrating the specific construction processes used when renovating and refurbishing apartment blocks into ultra-low energy or almost zero standard units. He pointed out that as of 2020, all new and significantly renovated buildings will have to meet much stricter criteria, especially in energy performance.

“I perceive the participation of Bratislava very positively and believe that also we will manage to carry out some exemplary renovations of apartment blocks,” Bahník told The Slovak Spectator.

The SKGBC’s role in the project will be primarily promotional, as the council’s priority is to transition Slovakia’s construction sector towards sustainable construction, and the underlying purpose of EU-GUGLE is directly linked to designing green buildings. Within the consortium of local partners, SKGBC’s agenda is the project management and preparation of construction in the private sector.

Sternová stressed that TSÚS has been active in research and development in the field of reducing energy consumption in buildings, and that it participates in the preparation of legal and technical regulations related to energy performance and the thermal protection of buildings over the long term.

“Workers of TSÚS will utilise all these experiences when securing the research part of the project in cooperation with other cities in the project,” said Sternová, adding that the institute will provide consultancy to building owners and especially project engineers, and later also to builders during the preparation and implementation of renovation projects, in order to achieve the parameters of ultralow energy levels of construction. The target is to reach the global indicator, i.e. primary energy, at the A1 energy level, also by usage of renewable sources.

Bahník added that achieving these targets requires above standard solutions, which need a more sophisticated approach and which are stricter than the currently valid norms.

“This fact plays a big role when deciding about entering the project,” said Bahník. “It is necessary to invest more effort and more money to achieve the target, which of course is not in line with the practice so far. For this reason I see the number of 19 applicants from the private sector … to be a good count, and assess the course of the project so far positively… The solvency of applicants and the financing of [individual renovation] projects remain the main problem.”

While the process of selecting buildings for the project has not yet concluded, Sternová specified that owners of 19 buildings which met the basic criteria expressed interest in the privately-owned category. The criteria calls for an apartment block to have a total floor area of at least 3,000 square metres, as well as the creation of the repair fund of €1 per square metre of the floor area per month. Sternová pointed out that many of those who showed interest were actually interested only in obtaining financial support without realising that they first need to secure their project’s funding from their own resources, and that the European Commission will refund them only after the renovation is complete and the required parameters are met.

According to Sternová, five buildings with a total floor area of about 20,000 square metres have so far been selected.

Owners have until March 31 to prepare the design documentation for the renovation and refurbishment of their buildings in order to meet the minimum energy performance requirements valid after 2015.
“If all the chosen buildings do not achieve the requirements, we will have to look for other applicants,” said Sternová.

The ambition is to complete project documentation and public procurement for realisation of the renovation in 2014 while the renovation itself should be carried out in 2015.