SLOVAKIA is the smallest market for industrial real estate in central Europe, trailing neighbours Poland, the Czech Republic and Hungary, but Slovakia’s industrial stock did grow by about 88,000 square metres during 2013 and now totals 1.3 million square metres. 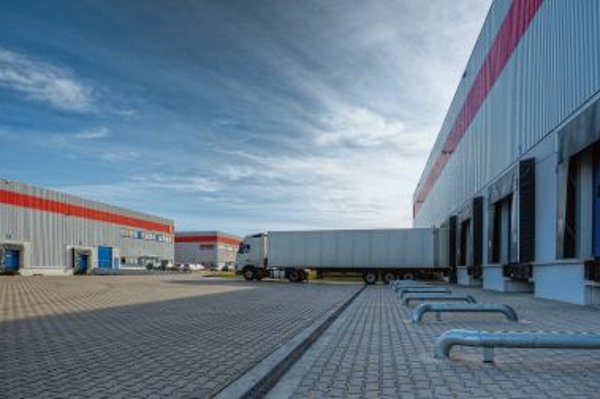 SLOVAKIA is the smallest market for industrial real estate in central Europe, trailing neighbours Poland, the Czech Republic and Hungary, but Slovakia’s industrial stock did grow by about 88,000 square metres during 2013 and now totals 1.3 million square metres.

“I assume that this trend will continue in these countries also this year,” Jánoši told The Slovak Spectator.

The real estate consultancy company CBRE, which is active in Slovakia, calculated the modern logistics space in Slovakia at 1.338 million square metres, of which almost 77 percent is located in the wider vicinity of Bratislava. Prologis continued to be the biggest company in the sector, with a market share of 32.04 percent, followed by PointPark Properties with 9.38 percent, HB Reavis with 8.84 percent and CPI Group with 8.22 percent.

CBRE Slovensko has calculated the vacancy rate at 6.4 percent in the region of Bratislava and at 11 percent outside the Bratislava region.

According to the real estate consultancy company Jones Lang LaSalle (JLL), the average vacancy rate decreased moderately at the end of 2013, from 6.3 percent in Q3 to 5.5 percent, the TASR newswire reported. The current vacant space amounts to 67,800 square metres in Slovakia, while the largest volume of available space remains in the so-called Greater Bratislava region (43,300 m2), followed by western Slovakia (15,000 m2), eastern Slovakia (8,500 m2) and central Slovakia (1,000 m2).

“With 2013 leasing activity totalling more than 1 million square metres, combined with three new built-to-suit facilities and a measured return to speculative development, we begin 2014 with a positive outlook,” Ben Bannatyne, managing director of Prologis Central & Eastern Europe, wrote. “We will continue focusing on increasing occupancy within our current portfolio, as well monetising our existing land bank in core markets such as Poland, the Czech Republic, Slovakia, Hungary and Romania.”

P3 leased a total of 145,000 square metres of warehouse space and started construction of six projects in five localities in Slovakia, the Czech Republic and Poland totalling 80,000 square metres in 2013, according to Jánoši. He specified that P3 built a new specialised distribution centre at the Bratislava airport for DHL Express, and started construction of a new warehouse and distribution space in Žilina. The company also succeeded when Ingram Micro company extended its leasing contract in Lozorno.

PointPark Properties expects that in 2014 construction outside Bratislava Region will continue, primarily in the built-to-suit category.

“Especially imortant are the localities of Žilina and Košice, which are still lacking quality logistics premises,” said Jánoši. “We anticipate another development in the automotive industry and its subcontractors and an increase in the segment of package services. It is also possible to assume a continuing trend of centralisation of distribution centres of companies.”

The developer and asset manager of warehouse properties also predicts an increase in the technological standards of buildings, while requirements related to the ability to better control operating costs have been changing too.

According to Martin Stratov of JLL, the final months of 2013 confirmed that companies will continue to extend their rental contracts, as they are unable to relocate.

“Simultaneously, we can expect construction activity from developers who will try to respond to the demands of clients in terms of the possibilities to expand,” said Stratov.

According to Tomáš Ostatník, the head of industrial real estate department at CBRE Slovensko, the market in Slovakia will have to adapt to the global economic situation as well as competition from neighbouring countries with very aggressive stimuli for drawing foreign investors.

P3’s long-term strategy in Slovakia is to continue to develop its existing premises in Bratislava Region but also to expand into other first-call localities like Žilina.

“We also see prospects in localities of central and eastern Slovakia,” said Jánoši. “We also focus on other significant regions of the whole of central and eastern Europe… We continue to see the future in build-to-suit construction, which will also be partly complemented by speculative construction in order to promptly respond to demand requiring a faster reaction time.”