WHEN supporters of the pro-life movement marched through Košice’s streets in September 2013, it may have seemed unlikely that in several months Slovakia would insert a new provision in its Constitution defining marriage as a union between a man and a woman. 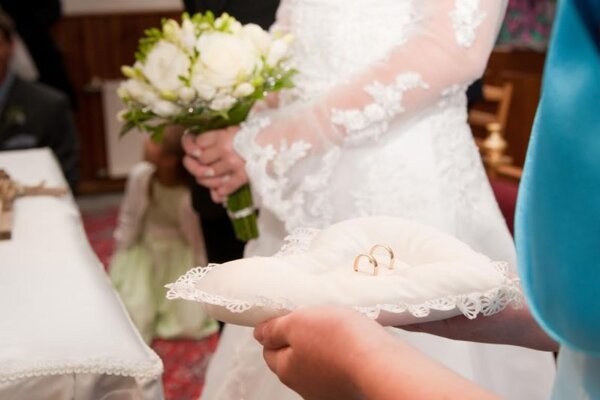 WHEN supporters of the pro-life movement marched through Košice’s streets in September 2013, it may have seemed unlikely that in several months Slovakia would insert a new provision in its Constitution defining marriage as a union between a man and a woman.

But now such an amendment is making its way through parliament and the issue is among the hottest topics of the campaign ahead of the presidential election, scheduled for March 15.

“Marriage is a unique bond between one man and one woman. The Slovak Republic protects marriage universally and contributes towards its well-being.” The Christian Democratic Movement (KDH) is proposing to insert these two sentences into the Constitution in addition to the already-existing provision that says marriage, family and parenthood are protected by law, and that the constitution guarantees the protection of children and minors.

By the time KDH chair Ján Figeľ filed the draft amendment on February 24, it had been signed by 40 opposition MPs from all the opposition parties. Parliament will discuss it at its March session.

The KDH first presented the draft on January 14, but mentioned its intention to create such a provision only days after the September 2013 pro-life march in Košice, which saw massive attendance of about 70,000 and which promoted the idea of traditional family, among others.

Non-heterosexual groups as well as liberally-oriented voters and observers find the amendment problematic. LGBTI activists believe it is designed against them and their potential future demands to introduce registered partnerships for same-sex couples.

But the KDH argues that the proposal does not actually change the currently valid law and that countries like Poland, Lithuania and Hungary have also incorporated such definitions of marriage into their constitutions. They say they are only responding to current trends in society.

The KDH even conducted a poll about this issue that showed that the vast majority of the population agrees with such an amendment. While 50.8 percent of those polled by the Focus polling agency between January 21 and 28 absolutely agree with amending the Constitution to define marriage, over 30 percent somewhat agree. Only 9 percent and 4.4 percent, respectively, somewhat disagree or absolutely disagree. Five percent of the respondents were undecided.

The LGBTI community however sees the amendment as clearly directed against non-heterosexuals. Representatives of the Iniciatíva Inakosť civic association wrote in a press release that they are sorry that instead of proposing specific measures to support families with children, the idea has been narrowed to just one proposal: to ban same-sex marriages.

“It remains a mystery how the permanent exclusion of one group of citizens from the possibility of getting married can boost the marriage between a man and a woman,” said Martin Macko, head of the Iniciatíva Inakosť.

Macko noted that about one third of children in Slovakia are currently born to unmarried parents, and therefore the government should instead address the economic and social situations that impact all families.

As Smer became serious about supporting the amendment, the international LGBTI community joined the criticism. The European branch of the International LGBTI Association, ILGA-Europe, called on Slovak MPs to reject the proposal, which they called “discriminatory and pointless”, saying it is clearly aimed at preventing the recognition of rights of same-sex couples. They labelled it a “populist homophobic trap”.

“While Europe at large is moving towards increasing legal recognition and social acceptance of LGBTI families, Slovakia seems to be leaning towards the opposite trend of limitations, restrictions and discrimination,” said Gabi Calleja, the co-chair of the ILGA-Europe executive board.

Changes to the Constitution require a constitutional majority of 90 votes (in the 150-seat parliament) which cannot be obtained without the votes of some of the 83 Smer MPs. Smer, a member of the Party of European Socialists (PES) in the European Parliament, has not shied away from supporting the protection of marriage.

Robert Fico suggested joining the proposal, repeatedly stating that Smer would welcome a draft amendment to the constitution that would include both the KDH proposal on the protection of marriage as well as the changes pertaining to judiciary reform that Fico recently announced. He said that both of these issues require an accord between the government and the opposition and that this is an all-or-nothing situation.

"Unless we agree on linking these two issues and a constitutional majority is attained, either of the issues will be difficult to pass,“ he said, as quoted by the TASR newswire.

A traditionalist approach to family and marriage however might put Smer in a peculiar position among European socialists. At the European level, the party voices different opinions.

“The definition of family as proposed is so narrow that I do not consider it correct to change the Constitution in this way,” Smer’s MEP Monika Flašíková-Beňová, a regular participant in the LGBTI gay pride parade in Bratislava, told The Slovak Spectator. She believes the proposal is directed not only against the LGBTI community “but also against other ‘enemies’ of the ultraconservative politicians”, such as single mothers or divorced parents where children live with only one parent.

“I would expect the KDH to come up with topics improving the social situation of families, and not tendentious proposals spreading hate in society,” Flašíková-Beňová said.

The PES declined to comment on the issue, saying that the party is currently preparing for its election congress in Rome to support its common candidate for the European Commission President post, PES Press Officer Tim McPhie told The Slovak Spectator.

But the Rainbow Rose, an LGBTI network of the PES, reacted with an official statement on February 25, calling on Smer, the PES and the European Parliament to take a clear stand “and to unconditionally reject support for this constitutional amendment”.

“Furthermore we call on all LGBTI people in EU and EEA countries, their friends and supporters to express their contempt for Slovak politicians supporting this abuse of power,” the official statement of Rainbow Rose reads, alleging that the conservative lobby is pushing for the stigmatisation of LGBTI people and that the same tactics are being used now in Slovakia that were used in Croatia last year when a similar definition of marriage was sought in their 2013 referendum.

It is currently unclear whether Smer will support the proposed constitutional definition of marriage. The fact remains that it needs at least seven opposition votes if it wants to make changes to the Constitution. Constitutional changes are needed if the party wants to pursue the judiciary reform that Fico announced after he entered the presidential race.

Fico’s projected constitutional changes concerning the judiciary would address the splitting of the posts of Supreme Court president and Judicial Council chairman between two people and lay the groundwork for judicial clearances.

The clearances, previously ruled unconstitutional, have become a bone of contention. While Smer insists they are necessary “to clean things up among judges, and to get rid of judges who don’t belong there”, Fico said, as quoted by TASR, the opposition roundly opposes them.

“Such clearances can be politically abused against those whom Slovakia needs as honest, brave judges,” Figeľ said, as quoted by the SITA newswire. Additionally, the KDH considers the clearances to be retroactive if they should be applied to all judges, not only newcomers, and thus unconstitutional.

Nevertheless, after initially refusing Smer’s offer for joint constitutional changes, the KDH said on February 25 that they were ready to discuss the changes in order to do their best to push through the protection of marriage. Most-Híd stated they were open to discussion too, albeit not under any time constraints, and they objected to “such important changes [being] part of anyone’s election campaign”.

The Ordinary People and Independent Personalities (OĽaNO) movement later announced that seven of their MPs were ready to support both amendments in the first reading in parliament.

“We believe the changes in the judiciary and the value-related changes concerning family should not be done under the leadership of the so-called traditional political parties who have nothing but their own success on their minds,” the movement’s Jozef Viskupič said, as quoted by SITA.

Family as a campaign issue

Grigorij Mesežnikov, political analyst and president of the Institute for Public Affairs believes that the constitutional protection of marriage is not a presidential campaign issue for the KDH, which has been consistently pushing the issue for some time, and the public’s preference on the matter is rather complicated, meaning that not all those who would support the protection of marriage would automatically vote for the KDH candidate, Pavol Hrušovský, in the presidential election.

It is Smer which has made the issue a campaign topic: even though the party labels itself as social-democratic, it often turns out to be conservative on many social issues. Besides, Smer is a pragmatic party, Mesežnikov noted, and that is still the case.

“Robert Fico wants to secure the best possible conditions to ensure his getting elected president, so he is looking for options and alliances,” Mesežnikov told The Slovak Spectator, linking Fico’s efforts with the constitutional change to a well-known video from his campaign in which he discusses his Catholic upbringing.

Smer’s intentions surfaced in the February 24 debate on the public-service RTVS, where Culture Minister Marek Maďarič said that there are enough Smer MPs who find it reasonable to reinforce marriage through a constitutional amendment, but added that the KDH must be “dead serious” about the proposal. Maďarič remarked that in 2010, when coalition negotiations were taking place, Smer tabled an offer to the KDH involving a similar proposal, but the KDH then chose to form a government coalition (the government of Iveta Radičová) that included the liberal Freedom and Solidarity party instead.

“I’m wondering, therefore, if the KDH will be thorough in supporting a constitutional amendment on family and marriage, and at the same time whether or not it will support a candidate who backs registered partnerships,” said Maďarič, as quoted by TASR, in reference to Fico’s strongest competitor in the presidential race, Andrej Kiska.

“Smer would probably like the KDH to behave in that way,” Mesežnikov said. He explained that Smer is trying to divide the opposition.

It would however be unwise for the KDH to support Fico, because it would be a compromising move especially after Figeľ stated that the party’s aim is to free the country from the rule of Smer, Mesežnikov opined.