SHOULD the plan to jointly host the 2022 Winter Olympic Games with Poland become a reality, it will cost Slovakia €177 million, according to a document cleared by the government on February 26. 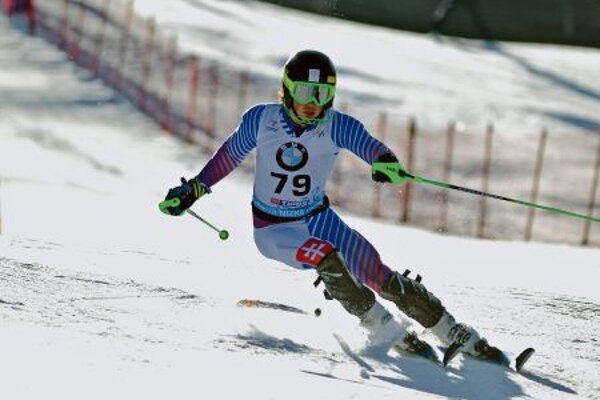 SHOULD the plan to jointly host the 2022 Winter Olympic Games with Poland become a reality, it will cost Slovakia €177 million, according to a document cleared by the government on February 26.

The plan, authored by the Slovak Education Ministry, calls for the games to be hosted in Krakow, Poland, with Jasná in Slovakia’s Low Tatras handling the alpine ski disciplines. The bill would be covered by the state, with €169 million making up investment costs and the remaining €8 million going toward operating the competitions. The highest amount will go into transport infrastructure.

The Education Ministry claims that part of the costs would be covered through commercial revenues, the TASR newswire reported.

The report, however, lacks an analysis of the environmental impact on the National Park Low Tatras, in which Jasná is located, which the government promised to write last March. The original deadline set for the material was in October, but the cabinet postponed it to February. At its last session it said the analysis will not be part of the report.

“The purpose of the material was first of all to pass the guarantees of the government, since Poland has to submit the application [for the Olympics] by March 14,” said Education Ministry spokesman Michal Kaliňák, as quoted by the Sme daily.

Krakow is competing against four other candidates: Almaty (Kazakhstan), Beijing (China), Lviv (Ukraine), and Oslo (Norway). The winner will be announced in July 2015 in Kuala Lumpur, the SITA newswire wrote.

Kaliňák said that when preparing the report the ministry has not neglected the environmental impacts. He referred to a document from October 2013, in which they devoted two pages to this issue. The October report claims that Slovakia already counted on the possibility of organising an alpine skiing competition in the Low Tatras when it applied for the 2002 and 2006 Winter Olympics. At the time the State Nature Protection agency, which runs under the Environment Ministry, considered the plan unacceptable, Sme wrote.

Kaliňák however says that the situation in the Low Tatras has changed over the years as new infrastructure, accommodation capacities, ski slopes and parking lots have been built there. The Education Ministry admitted in the report that it is still necessary to build a new road in Demänovská Dolina (home of the Jasná ski resort), which will pass through the protected areas. At least one new ski slope is also necessary. The ministry wrote that it will be able to assess the impacts when it is preparing for the events and that “it is not possible to identify them during the current phase of candidacy preparation”, as reported by Sme.

Mikuláš Huba of Ordinary People and Independent Personalities (OĽaNO) however considers it an attempt to avoid a more complete analysis on the impact on national parks. He warns that building the new ski slope can pollute the water in the area.

“It is a huge hazard with the natural heritage, which depends on the quantity and quality of the water regime,” Huba told Sme.

Tomáš Vančura from the Tatra National Park (TANAP) organisation has also warned against some risks which might accompany the construction.

Up to 60 percent of the investment costs will go to new transport infrastructure, according to the plan. This includes the reconstruction and modernisation of existing roads and the construction of new roads and parking lots. Within the money on operational and organisational infrastructure, Slovakia will have to build the Olympic village in the place presently occupied by the Academy of Armed Forces of M. R. Štefánik in Liptovský Mikuláš. The money will also go to security measures and the reconstruction and modernisation of the hospital in Liptovský Mikuláš, the SITA newswire wrote.

If successful with the candidacy, it is expected that Slovakia will use most of the money between the years 2018 and 2020, SITA wrote.

Regarding the operational budget, most money will go to accommodation and food for athletes. The Academy of Armed Forces of M. R. Štefánik should house about 800 athletes and members of implementation teams, as well as 600 members of technical staff. It is also expected that the site will be visited by 15,000 people per day.

The budget also factors in spending for maintaining the ski slopes, testing events before the Olympics begin, media sites and securing media coverage, as well as for insurance. The government is also considering creating a reserve fund for unexpected costs, which would stand at 5 percent of the operation’s overall costs, as reported by TASR.

The final decision to bid to host the games in the Polish city of Krakow was reached at a joint session of a Polish-Slovak committee commissioned with drawing up the bid in Demänovská Dolina in Žilina Region in August 2013.

Finance Minister Peter Kažimír said after an October 2013 government session that the money allocated for hosting part of the Olympics at Jasná will be spent solely on elements that will continue to be used after the event is over, including roads and sports facilities. He said that he cannot predict what the actual expenditures for carrying out the Olympics would amount to, however.

A survey carried out by the Focus polling agency in the beginning of December 2013 on 500 respondents revealed that up to 79 percent of inhabitants of Liptov region support the hosting of alpine skiing competition. Moreover, up to 62 percent of respondents said the competition would bring more advantages than disadvantages, as reported by SITA.

Experts from the Financial Policy Institute meanwhile published a survey on February 4, in which two of its employees used their free time to look at the impact of previous Olympic Games on the economies of countries and the subjectively perceived happiness of their citizens. They concluded that should Slovakia host part of the games, then Slovaks would outpace even Spaniards in their overall life happiness, according to a paid PR release published by SITA.