TAX licenses are the most discussed tax changes adopted last year, and while their introduction was accompanied by a 1-percent reduction of the corporate income tax to 22 percent, the corporate and tax sectors continue to criticise the changes in this and other policies. 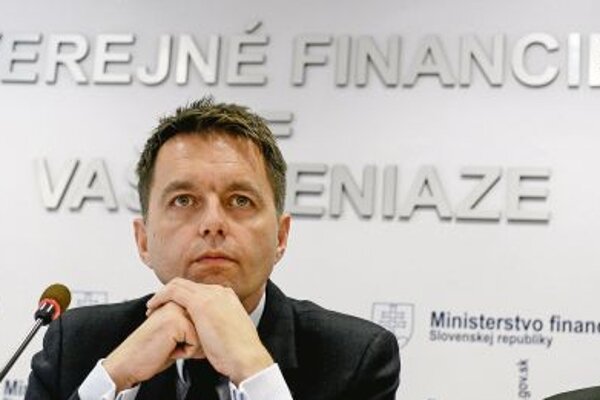 TAX licenses are the most discussed tax changes adopted last year, and while their introduction was accompanied by a 1-percent reduction of the corporate income tax to 22 percent, the corporate and tax sectors continue to criticise the changes in this and other policies.

As taxpayers will pay tax licenses for the first time only in 2015 for the 2014 tax period, the Finance Ministry can only analyse its effect down the road.

“We believe that those business persons who had so-called dead or dormant companies will close them this year, by which the register of the companies would be clear,” Alexandra Gogová, the ministry’s spokesperson, told The Slovak Spectator, estimating the number of dormant companies in Slovakia at 15,000.

The Finance Ministry proposed to launch the tax licenses in response to the development of tax duties over the last few years. Roughly 60 percent of corporate entities do not pay any corporate income tax, and as many as 25 percent of companies have not paid a single euro in taxes over the last four years. Compared with 2006, the number of companies with a zero tax duty increased by nearly 40,000 companies, to 92,000 in total, the SITA newswire reported, citing Finance Ministry data.

Parliament adopted the revision to the law on income taxes, introducing tax licenses just before the adoption of the state budget for 2014. While the government argues that the tax licences will help rein in tax evaders, the opposition argues the policy amounts to little more than a new tax by another name. The state aims to collect €112 million annually through tax licences.

The self-employed and newly established companies will be exempt from the tax licence during the first year of running their business. Companies under bankruptcy proceedings or in liquidation will not pay the licence either. There will be three tax licence rates: companies that are not value added tax (VAT) payers will pay €480, the state will collect €960 from VAT payers, and all companies with revenues greater than €500,000 will pay an annual licence of €2,880. Companies will be able to reduce their tax duties through paid licenses over the following three years.

“The tax license ... does not impact taxpayers whose tax duty is higher than the set tax license,” Silvia Hallová, manager at the tax department at Deloitte, told The Slovak Spectator, adding that this license impacts loss-making entities and entities with low tax duties. In such cases licenses would mean an additional cost, she said.

Robert Kičina, the executive president of the Business Alliance of Slovakia (PAS), expects that the tax licenses will reduce motivation to do business, worsen the image of the country in eyes of investors and further worsen the transparency of the tax system.

“For now, we are not able to assess the impacts [of the licenses on companies in Slovakia] as we lack the relevant data,” Kičina told The Slovak Spectator. “In any way, the revision to the income tax, via which the licenses were introduced, was significantly criticised by business persons.”

The general expectation is that the new tax licenses would force owners to liquidate dormant companies, but the licenses may mean an end for companies teetering on the edge as well.

The Federation of Employers’ Associations (AZZZ), an employer interest organisation, is already registering more companies entering the liquidation process, though it will not be possible to assess the licenses' impact on the economy until next year.

Bart Waterloos, a partner of VGD - AVOS Bratislava, said the tax licenses are causing smaller and dormant companies to re-evaluate whether they should continue operating because of the significant impact the licenses could have on them.

“So some clients are considering liquidation before the end of the year,” Waterloos told The Slovak Spectator, adding that others may look to move their business outside Slovakia.

According to Hallová, partners in dormant companies are now assessing how much it will cost to keep their companies afloat, adding that one of the visible impacts of the tax licenses for the time being is an increased number of companies in liquidation.

Kičina expects that to a small extent the licenses will cause companies which are now on the edge and fighting for survival to cease operating.

Among the other tax-related changes adopted last year were also tightening of tax loss carry forward rules. Under the newly adopted rules tax losses may only be carried forward in equal parts and up to four years, as opposed to the seven-year carry-forward rule based on the previously effective income tax law. This change should also be retroactively applied to losses reported from 2010 to 2013.

Kičina points out that tax loss-related changes especially affect companies with a longer return of investments, like companies which at the beginning of their operation do business at a loss and only later swing into the black.

“Of course, the state has the right to shorten the period for forwarding tax losses, but this should be done in a way that it does not affect companies retroactively, so that old losses are forwarded according to old rules,” said Kičina. “It is also important that we do not worsen our tax system too much, as this may motivate some companies to relocate their headquarters outside Slovakia.”

According to Rastislav Machunka of AZZZ, the changes fundamentally worsened the possibilities for carrying forward tax losses and they significantly and negatively interfered in the long-term financial planning of companies.

“The state thus retroactively changes the conditions, by which it becomes more untrustworthy for investors,” Machunka told The Slovak Spectator. “We assess this impact as fundamentally negative.”

Hallová of Deloitte sees the shortening of the period to carry forward tax losses and the possibility to do so evenly as the most significant change in terms of taxation.

“If the taxpayer does not report a tax base higher than one quarter of the tax loss, it is definitively losing the unamortised part of the tax loss,” said Hallová, adding that this pertains to losses reported after January 1, 2014. ”The retrospective regulation about tax losses for the years 2010-2013 raises mixed feelings.”

According to Hallová, changes to tax loss carry forward rules will put projects with high demand for initial investments at a disadvantage.

“Another tendency of companies may be to prefer investments in short-term projects with a fast return over long-term projects whose profitability is expected in later periods after the investment phase is over,” she said.

According to Waterloos, the new rules will make it much harder for new companies that require high start-up costs to enter the Slovak market, “because if they record a loss two years in a row, which is rather standard for new start-ups, they will immediately lose 25 percent of the first loss”.

“The fact that such a significant change was introduced at the last minute without a proper debate and partially also clawing back to the past, is further deteriorating the legal environment and the stability of the business environment in Slovakia,” Waterloos continued. “Companies with tax losses from the past might be faced with an additional cash-out that was not foreseen in their business plans.”

According to Machunka, even though the corporate tax decreases by 1 percentage point as of January 1, 2014, as does the red tape, “in the whole context of especially changes to tax loss carry forward rules, these measures will again contribute to an increase of costs and also to the worsening of the business environment.”