WITH tax evasion in Slovakia prevalent enough to be considered a ‘national sport’, the Finance Ministry devised a three-phase action plan in 2012 to combat the problem. Recent figures indicate that the plan, whose measures have been implemented gradually, is starting to bear fruit. 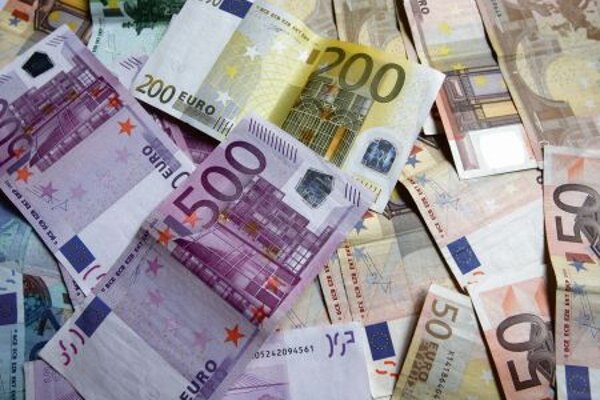 WITH tax evasion in Slovakia prevalent enough to be considered a ‘national sport’, the Finance Ministry devised a three-phase action plan in 2012 to combat the problem. Recent figures indicate that the plan, whose measures have been implemented gradually, is starting to bear fruit.

“Compared to the November prognosis we increase the estimate of revenues from taxes and contributions by €261 million, or 0.4 percent of GDP, in 2013 and by €189 million, or 0.3 percent, in 2014,” the Finance Ministry announced in mid February. “The improved collection of value added tax, better revenues from excise taxes and the expected higher accrual revenues of corporate taxes have contributed to the better prognosis.”

“Slovakia achieved the highest effective tax rate of VAT in 2005, 15.4 percent,” Rastislav Gábik, analyst with the IFP told The Slovak Spectator. “When we compare [it] with the current figure, we see that there is still room for improvement.”

According to Gábik, when looking at the effective rate through the prism of the VAT gap, i.e. the gap between the estimated amount of VAT due and the sum actually collected, to reduce the gap in Slovakia to the level comparable with other Visegrad group countries (the Czech Republic, Hungary and Poland), Slovakia needs to increase the effective rate to about 15 percent.

It is too early to assess the effectiveness of the tax evasion measures given how many of them there are and the short period of time since they were introduced.

“Excessive VAT refunds decreased significantly in 2013, which indicates that among the more effective measures are the ones which were primarily focused on the reduction of fraud with excessive refunds,” said Gábik.

Gábik added that the introduction of the compulsory monthly tax period for new VAT payers for 12 months and the reduction of the cap of the turnover for the compulsory monthly tax period significantly reduced the risk of fraud involving excessive VAT refunds with regard to abusing the time discrepancy for submitting tax returns in the case of monthly and quarterly VAT payers.

Information from the Financial Administration suggests that cancelling the VAT registration of people whom it was unable to contact has been successful, leading to significant savings in the form of unpaid VAT refunds, said Gábik. Some measures were aimed at better identifying risks and risky subjects with regard to VAT within the Financial Administration’s supervision process, and the growing success rate of controls of excessive refunds indicates the effectiveness of these measures.

“But it is necessary to say that each of the adopted measures, including the media campaign and the receipt lottery, might have contributed to the better VAT collection, at least with the change in the atmosphere,” said Gábik.

Matúš Pošvanc, the director of the F. A. Hayek Foundation in Slovakia, points out when assessing the adopted tax evasion measures that it is first necessary to differentiate between tax evasion and the legal reduction of one’s tax duty. In his opinion, nowadays each non-payment of tax is often perceived as tax evasion.

For now, he considers the media’s coverage of tax fraud and severe punishment of the so-called big fish to be the most effective strategy.

The Finance Ministry continues to adopt new measures to curb tax evasion. As of the start of 2014, corporate entities are obliged to submit VAT control sheets exclusively in electronic form, which they had to do for the first time for January this year, with a February 25 deadline.

“Along with the Financial Administration we expect from this step a further reduction of tax evasion, especially with VAT,” ministry spokesperson Alexandra Gogová told The Slovak Spectator, recalling that the government adopted in summer 2012 the action plan to fight tax evasion and fraud containing 50 specific measures.

The merit of the control sheet is open to debate, according to Pošvanc.

“It is possible to see the introduction of the control sheet as an increase of administrative duties for businesses with a questionable result,” said Pošvanc, adding that we will only know whether it works once we have seen how the Financial Administration deals with the new data. But he considers it unfortunate that there was no transition period before the measure went into effect, as new obligations often bring a certain amount of initial chaos.

With regard to the effectiveness of the other tax evasion measures, Pošvanc believes it is a pity that no one considered the possibility that a business person would be able to apply for a VAT refund only after he first pays it.

“Simultaneously, the uncovering of carousel deals will be fully effective only in cases when we will be able to exchange similar information with neighbouring countries with regards to the fact that these deals mostly involve a foreign company,” said Pošvanc, adding that audits should focus on the biggest cases of potential tax evasion. “I know of an example when a company was checked due to an excessive VAT refund of up to €10, which I do not consider to be an effective use of the tax inspector’s time.”