THE SCANDINAVIANS smile for two reasons. The first is they are flattered by the recognition shown to them by others. The second is the assumption that others, in the “new” Europe, need a long time to reach their level of prosperity, if ever. 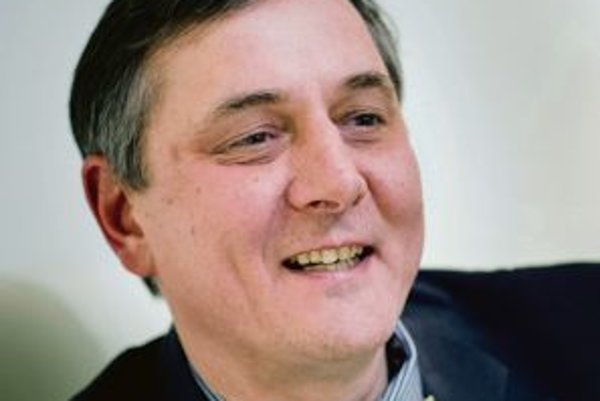 THE SCANDINAVIANS smile for two reasons. The first is they are flattered by the recognition shown to them by others. The second is the assumption that others, in the “new” Europe, need a long time to reach their level of prosperity, if ever.

Obviously, the Visegrad Group (the Czech Republic, Hungary, Poland and Slovakia) still needs time to make up for the communist past. But as a (pre-communist) Chinese proverb goes: the longest trip starts with the first step, and the Visegrad has plenty to show in that sense. In 2016, we will be celebrating our 25th anniversary. Like the Nordics, the Visegrad Group nations have experienced lengthy periods of mutual statehood in various configurations (for instance the Czechs with Slovaks or the Slovaks with Hungarians) or as part of multinational entities, all the while seeing their fair share of historical ups and downs. Shared misfortunes can also have a unifying effect, can’t they?

Therefore, historical events no longer have to divide. For example, the pre-election period in Slovakia, no longer affects Slovak-Hungarian relations unfavourably, as such periods used to. Differences remain, but these carry no fundamental meaning, because these do not lead to existential threats. At the same time, Ukraine does remind us that our neighbourhood is not completely stable, but contrary to the Nordic countries, all the Visegrad countries are members of both the EU and NATO.

The Visegrad group was, until recently, a Cinderella among Europe’s multinational structures. Now, other countries are giving in to its centripetal force. They are interested in mutual projects.

Austria is interested in energy, Bulgaria and Romania in infrastructure, Slovenia in closer ties, and all of them in more interaction in politics and business. The international success of the group lies not in what we say, but in what others think of us.

The Visegrad Fund has become an internationally recognised institution. We are proud of an unprecedented level of international cooperation and coordination as it relates to EU matters. We have created communities of think-tanks and an intellectual environment. The Central European, Visegrad, identity is growing stronger as a result of links and networking that do not exist between other countries but within the group. Within the EU, the voting power of the Visegrad Group is comparable to that of Germany and France put together.

Considering these accomplishments, and in light of the EU’s and the region’s strategies and plans, it does not seem risky to make the following prognosis for 2020: further cohesion, with an integrated energy market and transport infrastructure. The Visegrad Group will have one of the longest motorway networks in the EU. All of this will improve the conditions for running businesses and the mobility of workers, tourists and people in general.

Significant consolidation should take place at the level of enterprises. There should be mergers of energy, finance and defence groups, driven by further European integration and global challenges.

In terms of defence, the Visegrad Battlegroup of the EU will become a real asset before 2020. Let’s hope that a Visegrad Investment Bank will be created along the road. The cooperation between small and medium enterprises in research and development will grow. Abolishing roaming charges within telecommunication services before the whole of the EU does so would be more than merely symbolic. As for Poland and Slovakia, they will advance in their preparation for the Winter Olympic Games, which will create an additional scope for modernisation and promotion of the region.

But have we reached a point of no return? Will Poland, stronger and more prosperous, become more engaged in other regional groupings, such as the Weimar triangle or the Baltic Sea Cooperation Council? Will the Hungarians and the Czechs take an alternative, third, path outside the eurozone?

For Poland, the Weimar is not an alternative to the Visegrad but an addition. It worked for solving the Ukraine crisis. Poland may well play on more instruments, but from the point of view of its own interests and prosperity, the Visegrad Group is absolutely essential.

The logic behind European integration will not allow neither the Hungarians nor the Czechs to go in separate directions. The interests of these countries are interdependent. And then there’s political will. There are no forces or parties in the Visegrad Group which would question the significance of Visegrad.

And let’s not forget that the linguistic proximity of the Czechs, Poles and Slovaks is comparable to the closeness of the Nordic languages, while Hungarian is like Finnish in the Scandinavian family.

That is why Visegrad has a chance to be Nordic, so to speak. Apart from happy or unhappy histories and spatial integrity, there are exceptional experiences which create a contemporary Visegrad identity. The common fight for freedom during communism and contacts of the oppositionists, the joint march to the EU and NATO, the feeling of equality and comparable prosperity within the group make all its players self-confident members of the bigger European family.

Tomasz Chłoń is the Polish ambassador to Slovakia