ABUSE of power by judicial figures, low public trust in the judiciary and continued societal discrimination and violence against Roma were the most serious human rights violations in Slovakia, according to the United States Department of State. Prison overcrowding and civil defamation suits filed by members of the political and judicial elite against the press in Slovakia are also cited in the annual Country Reports on Human Rights Practices for 2013, published by the US authorities. 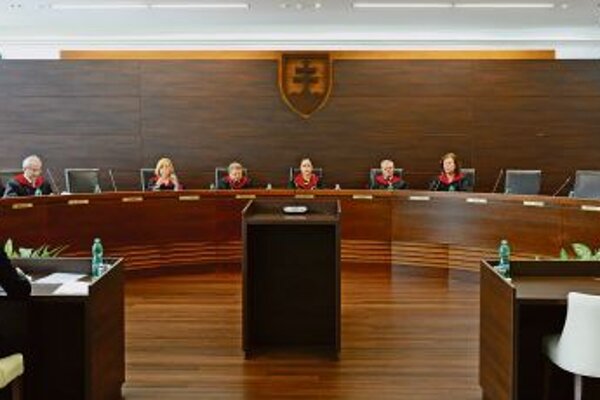 ABUSE of power by judicial figures, low public trust in the judiciary and continued societal discrimination and violence against Roma were the most serious human rights violations in Slovakia, according to the United States Department of State. Prison overcrowding and civil defamation suits filed by members of the political and judicial elite against the press in Slovakia are also cited in the annual Country Reports on Human Rights Practices for 2013, published by the US authorities.

“The ministry agrees that the judiciary needs to be reformed,” said Justice Ministry spokeswoman Alexandra Donevová, citing Slovak Justice Minister Tomáš Borec’s response to the report, as quoted by the TASR newswire. “We welcome that this issue is currently being solved at the level of changes to the constitution.”

According to the report released on February 28, problems with corruption, official intimidation of judges, inefficiency, and a lack of integrity and accountability continued to undermine judicial independence.

“In some cases judges claimed they were subjected to pressure aimed at influencing their decisions as well as to intimidation through disciplinary actions,” the report reads.

The US State Department also noted reports that persons in higher levels of the judicial hierarchy misused their power through what the report calls “inappropriate influence into the random case assignment system and by alleged undue influence over the composition of judicial panels”.

The independence of the judiciary, law enforcement and corruption across society, including the courts, has been among the major concerns cited by the business community in Slovakia and international organisations.

The European Commission (EC) cited the independence of Slovakia’s judiciary as a problem in its first ever anti-corruption report. The Eurobarometer survey, carried out in November 2013, showed that only 25 percent of Slovak citizens view the national justice system as trustworthy.

Prime Minister Robert Fico, amid his presidential campaign, announced that “we are losing patience with the Slovak judiciary” and has made promises towards that end, with his political opponents and critics of the judiciary remaining sceptical and seeing the initiative as merely part of Fico’s campaign.

“Disciplinary actions against judges for delays in completing cases appeared to be highly inconsistent,” reads the US State Department report, adding that in several cases authorities clearly used disciplinary action to “intimidate judges into making judicial decisions favoured by their superiors or to punish them for critical statements. These practices led to an atmosphere of general mistrust in the judiciary”.

The authors of the report referred to non-governmental organisations and members of the Roma community citing a continuing trend of mistreatment of Roma suspects by police officers during arrests and while in custody. The report also refers to last year’s report by Slovakia’s Ombudswoman Jana Dubovcová on the controversial police raid of the Roma settlement in Moldava nad Bodvou.

“In contrast to her predecessor, Dubovcová was outspoken on Romani problems, often directly challenging official government narratives to emphasize abuses against the Roma,” reads the report, adding that Dubovcová continued to challenge the Interior Ministry’s stance that the police raid complied with the law.

The Roma settlement informally named Budulovská was raided by 63 police officers on June 19, 2013. They were purportedly seeking seven men for which they had arrest warrants. They found none of those men, but violence ensued and 15 other Roma were taken to the police station.

While police allege they were attacked upon entering the settlement, none of the 15 detained were ever charged with a crime resulting from the clash. Several of the Roma were injured. An NGO active in the settlement, ETP Slovensko, documented the injuries with photographs.

Dubovcová has put considerable effort into having her report’s findings discussed at the level of government and parliament, but instead of any serious discussion over the merit of her findings, in February 2014, in a vote orchestrated by the ruling Smer party, the deputies expressed concerns over what Smer called an abuse of the issue to stir anti-Roma and anti-police sentiments, with the speaker of parliament proposing to move Dubovcová’s office out of Bratislava to the eastern part of the country.

The report’s authors noted societal discrimination of the Roma, while citing activists and members of the Roma community who spoke about racially motivated crimes or that “extreme rightist, nationalist and neo-Nazi groups continued to hold events designed to intimidate minority groups”.

According to the report, anti-Roma sentiments permeated public and political discourse.