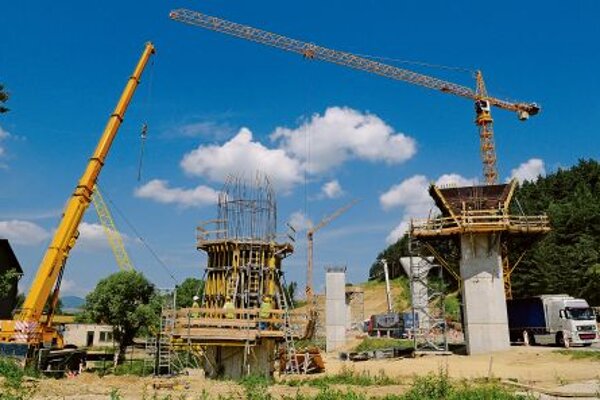 The European Parliament designed the new laws to ensure better quality and value on works, goods and services purchased or leased by public authorities. The rules will also make it easier for small and medium-sized firms to bid in public tenders and include tougher provisions on subcontracting.

“The new rules … have three main objectives: simplification, flexibility and legal certainty,” EU Internal market Commissioner Michel Barnier said, as cited in the press release. “Through this reform, public authorities can optimise their use of public procurement which, with nearly 19 percent of European GDP, is a key driver of our economy.”

He added that simplifying and increasing the flexibility of the procedures to better serve other public sector policies, and the ability to get the best quality-price ratio (value for money), will make public procurement more efficient and strategic, while respecting the principles of transparency and competition to the benefit of both public purchasers and economic operators.

Slovakia’s Interior Ministry views the new rules positively, highlighting the ability to support small and medium-sized enterprises, employment, innovation and “green tenders” via public procurement. As for the new rules’ emphasis on high quality-price ratio, ministry spokesperson Michaela Paulenová agrees that it is necessary to also take into consideration the effectiveness and expediency of spending on the handling of public resources, and not to focus exclusively on finding the lowest price. She added that the Interior Ministry has already supported this criterion through recent revisions to the public procurement law.

The non-governmental organisation Transparency International Slovakia (TIS), which closely monitors public procurement in Slovakia, welcomes the new EU rules, and is currently analysing their impact, as Slovakia has two years to implement them.

“We perceive very positively the part dedicated to conflicts of interest,” Ján Ondruš from TIS told The Slovak Spectator, adding that this term is defined in the text and EU member states are required to identify and avoid it during the public procurement process.

According to Ondruš, the best quality-price ratio criterion should allow the state to focus more on quality, social aspects and innovation in public procurement. But he points out that in general, non-price-based criteria can be abused more easily and are less conducive to public supervision.

“New rules move tenders to a more quality purchase, but on the other hand they will increase demand for supervision, which, alas, is not at a sufficient level in Slovakia,” said Ondruš.

The ÚVO is calling for more specific guidelines on how to use the new criterion of the most economically advantageous tender in the award procedure.

“With respect to the increased usage of the most economically advantageous tender criterion, it would be suitable if the European Commission, in cooperation with member countries, prepares methodical instructions or guidelines where certain methodologies of calculations of the life cycle of specific goods, services and construction works will be recommended,” ÚVO spokesperson Ján Mažgút told The Slovak Spectator.

Timotej Braxator, attorney at law of Senior Consultants – Braxator, told The Slovak Spectator that the European Parliament made it clear that the price-only or cost-only criterion is not the best solution for the contracting authority.

“It [the EP] implemented a new term, the ‘best price-quality ratio’ which shall override the known term, ‘economically advantageous tender’,” said Braxator. “Thus, in order to achieve a greater quality orientation of public procurement, the member states should be permitted to prohibit or restrict the use of the price-only or cost-only criterion where they deem this appropriate.”

Braxator added that the price aspect may also take the form of a fixed price on the basis of which the bidders shall compete on quality criteria only.

“In my view, this trend is sensible, as the ‘price-only’-orientated tenders are based on the assumption that the quality of the supplies is approximately the same, which is generally not the case,” said Braxator.

The new rules may reduce the extensive use of the price-only or cost-only criterion in award procedures in Slovakia.

“The price, as a measurable criterion, is of course the simplest criterion for assessment,” said Mažgút, adding that the criterion of the best price-quality ratio is used minimally in practice.

Ondruš sees the easy to apply criterion of the lowest price, which makes assessing offers simpler, as behind the high popularity of this criterion in Slovakia.

“However, the price-only criterion often results in the situation where the tenders were decided yet at the beginning, at the definition of the tender participation conditions, which were defined by the contracting authority, and not always allowed for a fair competition,” said Braxator. “Thus, under the new rules, the contracting authorities should feel more encouraged to also apply and assess quality criteria.”

“The year 2013 will certainly be remembered as a year of numerous changes to public procurement rules,” said Braxator. “On one hand, the legislators made an attempt to simplify and unify the applicable procurement procedures in order to reduce the administrative burden for bidders; on the other hand, a considerable number of new instruments, registers and disclosures were implemented, or must be enacted in the near future, which aim for a more open, sensible and effective procurement system.”

He specified that the often debated and sometimes controversially used negotiated procedure without publication was now amended in a manner so that the contracting authority shall notify the ÚVO in advance of its intention to award a contract in this way. Furthermore, the candidates may file an affidavit declaring the fulfilment of the tender participation conditions instead of presenting the entire documentation, which is reserved only for the successful bidders. In addition, each contracting authority shall create its own electronic profile at the ÚVO, where the particular tenders, the awarded suppliers and other relevant information is published. As for the suppliers, new information on their track record and prohibitions from tender participation will also be publicly available.

“To summarise, the new regulation pursues a more material than formal approach to the awarding of contracts, which is positive,” said Braxator. “However, it will probably take a certain transitional period until the authorities establish a common approach and interpretation of these material aspects, not to mention how large, complex and interconnected the entire Slovak Procurement Act has become.”

Of the adopted amendments Mažgút highlighted the launch of the second-stage decision-making body, the ÚVO’s council, which should ensure a higher degree of independence in appeals against the ÚVO’s verdicts.

Not enough time has passed since the law’s latest revision went into effect to make a thorough evaluation, especially given that tenders can take up to nine months, said Mažgút. “For the time being, the tenders that were announced after July 1 have only started to be assessed. Thus it is not possible yet [to determine] whether [the revisions] have brought unambiguously positive or negative results.”

TIS assesses the electronic market place introduced in last year’s revision, to be launched this year, as very important. Ondruš specified that it has the potential to simplify the procuring of goods, services and construction works which are commonly available on the market.

“Alas, its launch has been postponed recently,” said Ondruš. “We also negatively assess curbing the usage of electronic auctions because these have been shown to be useful as a means to reach bigger competition and a lower price.”

Ondruš said the other changes have so far not resulted in faster and more effective tenders. Last year public tenders lasted 145 days on average, which is the longest in the last five years, and nine days more than one year ago. The average number of companies participating in tenders decreased too. In 2013, an average 2.6 companies participated in a tender, a decrease from almost 3 firms in 2011. The changes that limit the usage of electronic auctions also reduced the share of tenders, while savings compared to the expected price were also lower.

According to Braxator, the implementation of numerous material, rather than formal aspects and legal instruments should hopefully help the procurement processes in Slovakia move forward to a level where the value-for-money principle overrides formalistic procedures, participation pre-conditions and other procurement obstacles.

“As there will probably always remain certain areas of regulation which can be improved, I assume that a positive and courageous approach of the contracting authorities can help the current situation and remove the public picture of too formalistic and ineffective procurement procedures in Slovakia,” said Braxator.