Will Slovakia get corporate liability law?

AFTER trying to adopt a corporate liability law for nearly 10 years and receiving criticism for failing to sufficiently address the issue, the Justice Ministry introduced the latest version of the bill last year, hoping to adopt it in the first half of 2014. The business community has raised several objections to the law, claiming that it goes too far. 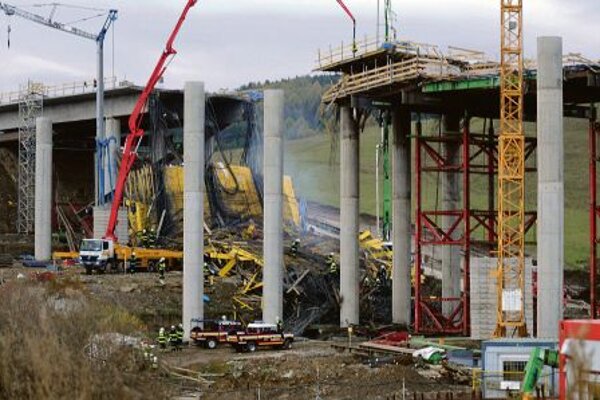 AFTER trying to adopt a corporate liability law for nearly 10 years and receiving criticism for failing to sufficiently address the issue, the Justice Ministry introduced the latest version of the bill last year, hoping to adopt it in the first half of 2014. The business community has raised several objections to the law, claiming that it goes too far.

“The purpose of the law is to punish a corporate entity for unlawful conduct and take away the unlawfully obtained advantage or benefit from this conduct,” Justice Ministry spokesperson Alexandra Donevová told The Slovak Spectator, adding that this should cleanse the market of dishonest companies that harm the business environment.

According to Donevová, the ability to prosecute a corporate entity for unlawful conduct falls under Slovakia’s international obligations.

“The current legislation based on the indirect criminal responsibility of corporate entities has not been used until today, and the OECD Work Group has evaluated it as ineffective,” said Donevová, adding that Slovakia was called upon to adopt an effective corporate liability regime. Slovakia has chosen a model of direct criminal liability that is common in other EU countries, drawing particular inspiration from the Czech Republic, whose legal norms in this area were evaluated positively by the OECD.

The ministry, which introduced the bill in December 2013 before submitting it for inter-departmental review, plans to finalise the legislation process in the first half of 2014, with the new law becoming effective as of January 1, 2015. For now, the Justice Ministry is assessing all the issues raised by businesses and other organisations, which it wants to use to fine-tune the bill, according to Donevová.

The bill addresses the terms of criminal liability of corporate entities, in addition to the forms of punishment and protective measures imposed on corporate entities and the proceedings of those involved in prosecution and courts when the accused is a corporate entity. The law punishes companies for corruption and economic criminal activities, but also for human trafficking and extremism. It also foresees revisions of the Criminal Law and the Criminal Code, as well as the law on the registry of convictions, the law on bankruptcy and restructuring, and the law on public procurement, among others.

Responses from the business sector

The National Union of Employers (RÚZ) does not support criminal liability of corporate entities in Slovakia’s legal system, but it duly notes that this is a general legal trend in European countries.
“RÚZ is convinced that if the bill should be adopted, even though it is of a higher quality than previous attempts, it requires further discussion,” Martin Hošták, secretary of RÚZ, told The Slovak Spectator, adding that RÚZ has prepared a list of objections and comments.

The Business Alliance of Slovakia (PAS) views the corporate liability draft bill as an effort to meet Slovakia’s international obligations.

“But I do not think that it will affect the behaviour of companies in any significant way,” Robert Kičina, the executive president of PAS, told The Slovak Spectator, adding that even without corporate liability, companies in Slovakia still had to obey the laws, and if they violated them, they were subject to a variety of sanctions, ranging from fines to being stripped of their licence.

PAS agrees with punishments for fundamentally antisocial criminal offences, such as the production and distribution of illegal drugs, producing counterfeit money and human trafficking. It also agrees with penalties for corruption and tax fraud, but only in cases when it is proven that the company’s management knew these crimes were being committed and failed to act.

The Slovak Chamber of Commerce and Industry (SOPK) fundamentally opposes the corporate liability law in its current wording, since it goes beyond the requirements set by EU directives and membership in international structures, the SOPK wrote in its statement.

It also warns that the draft bill opens the door to the criminalisation of the business environment and that the law might be misused in competition.

The SOPK proposes addressing the criminal responsibility of corporate entities in a way similar to that in Germany, i.e. through a form of recourse of injurious conduct by administrative-legal norms and with respect to the preparation of the new Code of Civil Procedure in Slovakia.

Regarding criticisms that Slovakia is one of the few countries in the EU still lacking such a law, and that the OECD has warned that Slovakia has not been heeding its recommendations, Kičina said he does not regard this as a fundamental problem since even without this law the state has sufficient tools to punish companies that break the law.