THE YEAR 2013 brought changes to Slovakia’s legislation with expected significant impacts on the country and its economy. Legislators adopted new laws to address tax evasion, but also a reduced corporate income tax and the new tax licenses. Other legal norms deemed important by lawyers or having an impact on society include acts on government and personal data protection, and the revision to the Act on Collective Bargaining. 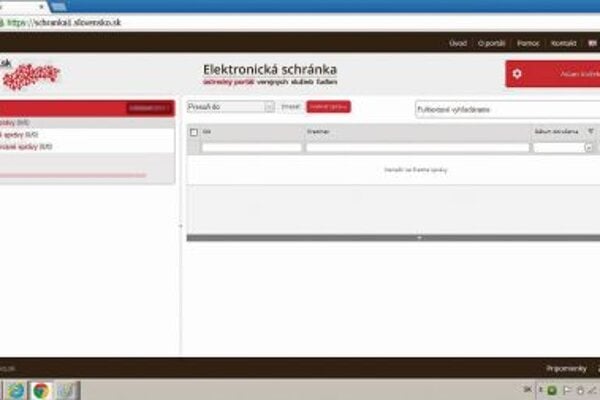 THE YEAR 2013 brought changes to Slovakia’s legislation with expected significant impacts on the country and its economy. Legislators adopted new laws to address tax evasion, but also a reduced corporate income tax and the new tax licenses. Other legal norms deemed important by lawyers or having an impact on society include acts on government and personal data protection, and the revision to the Act on Collective Bargaining.

The Slovak Spectator (TSS): Which legislative changes or new laws do you consider to be most important and why?
Daniel Futej and Zuzana Štekláčová: These are amendments to the Code of Enforcement Procedure and the Commercial Code. The act on public procurement also underwent significant changes in 2013 and there is a significant change concerning collective agreements - under the new legislation they can no longer contain terms for employees that are less favourable than those laid down in the Labour Code. The amendment of the code itself came into force on January 1, 2013.

The amendment to the Commercial Code once again increased the red tape involved in incorporating a company. While an amendment in 2012 added the duty of obtaining the consent of the tax authority prior to incorporating a company, which lengthened the entire process by about one week, the amendment effective as of December 1, 2013, lays down the duty of depositing money into a separate bank account. Now, the incorporation application submitted to the Commercial Registry must include a bank statement proving that the monetary contributions, or a part thereof, have been paid in full.
Tomáš Rybár: The most important are the new Data Protection Act and change in the Income Tax Act, in the legal regulation on pension savings and in the Commercial Code, in particular concerning maximum payment periods.

The Act on e-Government created electronic data boxes for each adult Slovak citizen. Furthermore, it will gradually enable all companies and citizens to submit applications to courts, the real estate cadastre and other public authorities via the internet from his/her home or registered office.

Havel, Holásek & Partners: As part of combating tax evasion several significant changes were adopted in 2013, but only came into effect on 1 January 2014. The most positive measure was introducing full electronic communication with tax administrators. The concept of a tax license, that is, the minimum tax that a taxpayer must pay even if they have incurred a loss, has also been introduced. The method of loss depreciation has also been changed. Unlike the previous legislation, which allowed taxpayers to flexibly write off their losses for a period going back seven years, the new legislation has limited loss depreciation to four years, during which taxpayers may write off only exactly 25 percent of reported losses each year. The amendment to the VAT Act has also introduced check statements, which bring additional administrative demands on many small-size businesses.

We consider another significant change to be the adoption of a new Personal Data Protection Act, which went far beyond the scope of EU law. The act has introduced mandatory and administratively demanding registration and internal record-keeping of filing systems and, in many cases, unfair mandatory fines on companies which violate the act. In practice, no entrepreneur who uses modern internet, cloud and mobile services, which meet quite strict EU standards, is able to meet all obligations imposed on them under the Slovak act. A reason for this may be another new measure, the obligatory “paper” form for an outsourcing contract that must be signed with all service suppliers which may process personal data. It is a principal drawback of this act which impedes, in conflict with EU law, Slovak entrepreneurs from doing business, and puts the introduction of innovations in Slovakia at risk.

Juraj Foltýn and Přemysl Marek: These are the Personal Data Protection Act, the Act on e-Government and the revision reducing the corporate income tax.

The Personal Data Protection Act defines and determines more clearly some terms and duties, whose explanation was unclear and problematic in the past. The new wording of the act was adopted in connection with the obligatory transposition of the Directive 95/46/EC as well as with the need to make individual parts of the law more transparent and arrange them anew. The significant changes, brought in by the law are, for example significant tightening of requirements for performance of the function of the responsible person or the requirement for a contractual relation between the operator and mediator. The new act also tightens requirements for security of processing of personal data and defines in more details appurtenances of individual security measures. The act simultaneously increased requirements to the form of instruction of authorised persons, meaning all persons which are charged with processing of personal data. Contrary to the previous legal norm, this act introduced the duty of the Office for Personal Data Protection of the Slovak Republic to impose a fine in case of violation of the act. The office will be able to impose a fine up to €300,000 and it will also be able to make the data of the operator/mediator who violated the act public.

The Act on e-Government introduces the basic legislative framework for electronic communications as the basic form of communication of private individuals and corporate entities with bodies of the public administration as well as the mutual communication between these bodies. The importance of this act lays, apart from others in inter-connection of basic registries of the public administration and usage of data sharing, meaning that the state does not require submitting information which its bodies already have at disposal. The law counts on a transition period of three years.

The revision to the income tax legislation reduces the corporate tax from 23 to 22 percent. The reduction of the tax rate will contribute to the bigger attractiveness of the business environment.

Marek Staroň: One of the most important legislative changes in 2013 relevant to the operation of business in Slovakia was the adoption of the Act on Personal Data Protection which as of July 1, 2013 replaced an older one. The changes brought about affect virtually all business entities that had to exert considerable time and financial means to ensure compliance with the new regulation.

The new Personal Data Protection Act clarified some data protection concepts (for example, subcontracting of processing of personal data) and simplified certain formal processes such as data transfers to foreign countries. However, in some aspects the new act is less flexible and increases the administrative burden for the business community (for example changes related to the instructions of persons with access to personal data, database registrations and privacy policies). The new act introduces mandatory penalisation for even minor breaches of data protection rules, while under the previous regime minor deficiencies could have been addressed by measures that did not entail the imposition of pecuniary sanctions.

Other noteworthy legislative changes include those made to the commercial code, collective bargaining act, tax licences, public procurement act and new e-Government act.

For the second part of the survey about problematic legal norms or norms which lawyers believe are due for changes or updates, please go to www.spectator.sk.