Beavers are back in Slovakia

BEAVERS are making a return to Slovakia after more than a century of absence, with fishermen spotting the animals in early February 2014 along a stretch of the Váh River in the Stredné (Central) Považie region in western Slovakia. The dozens of felled trees and gnawed stumps along the river have also helped to give the beavers’ presence away. 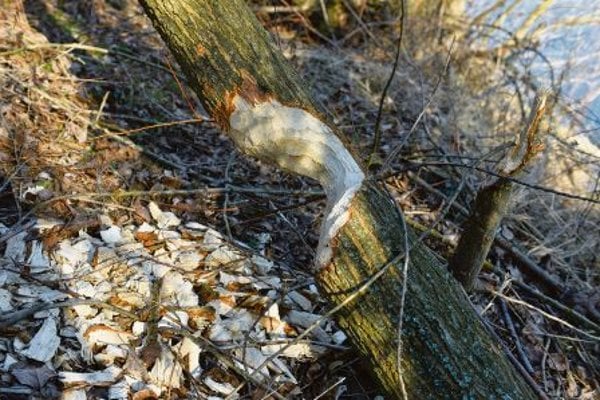 The unmistakable trace of beavers in the central-Považie region. (Source: TASR)
Font size:A-|A+0

BEAVERS are making a return to Slovakia after more than a century of absence, with fishermen spotting the animals in early February 2014 along a stretch of the Váh River in the Stredné (Central) Považie region in western Slovakia. The dozens of felled trees and gnawed stumps along the river have also helped to give the beavers’ presence away.

According to Ľubomír Ma-ľo, mayor of the village of Potvorice in the western-Slovak district of Nové Mesto nad Váhom, “I refused to believe it, so I went to see for myself, and I found felled trees, some of them immersed in the river and some of them on the river bank. I believe that they’ve come back here because the last few years have seen a massive improvement in the quality of the river water,” as reported in the TASR newswire. “A muskrat was spotted here from time to time, but never a beaver,” he added.

He was not able to specify, however, how many beavers are currently in Potvorice.

Peter Nováčik of the local civil association Brečtan (Ivy) noted that beavers were officially declared extinct in Czechoslovakia in 1977. The last traces of beavers were spotted near Bratislava in 1910. Beavers used to be common on Slovak territory before they were killed off, most likely by humans and industrialisation. The species re-emerged in Czechoslovakia a-round 1985, however. This followed a migration of beavers from Austria along the Danube and Morava rivers.

This second wave of beavers from Poland was observed along the Dunajec and Poprad Rivers. Two new locations in the mountain range that bear traces of beavers were spotted by local environmentalists last year, TASR learned from High Tatra Mountains National Park (TANAP) director Pavol Majko.

“TANAP staff spotted two new locations of beavers in the Lopušná Dolina valley in 2013 – which is very close to the catchment area of the Váh River and to the Liptov area,” said Majko.

The Eurasian beaver (Cas-tor fiber) is the biggest Eu-ropean rodent, measuring 75 to 100 centimetres in length and weighing 15 to 30 kilograms. Nováčik from the Brečtan civic association said that in the past, beaver habitats in Slovakia were mainly the Váh, Hron, Dudváh and Danube rivers, and smaller rivers in eastern Slovakia. After 1900, beavers disappeared from Slovakia, reap-pearing only in 1977. The bea-ver colony is expanding, but quite slowly, by four to seven kilometres a year.