SLOVAK fashion got some visibility outside the country’s borders in mid-February at the 2014 International Fashion Showcase in London. 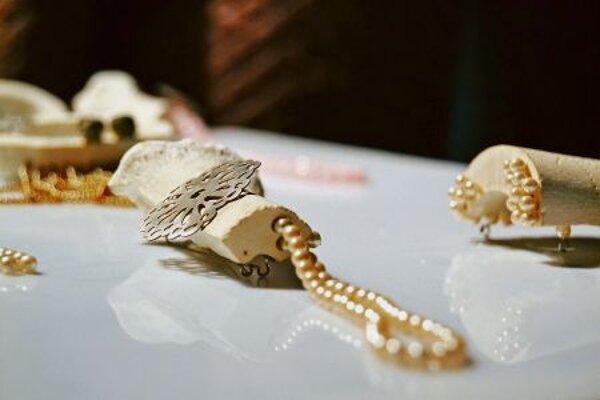 SLOVAK fashion got some visibility outside the country’s borders in mid-February at the 2014 International Fashion Showcase in London.

Fashion designers from Slovakia participated in the showcase along with the Czech Republic and Hungary as part of a concept called Voyage through Central Europe.

The international audience was curious to see whether these countries’ designers are still influenced by the communist regime or whether their creative work is fully independent, the SITA newswire wrote.

Launched in 2012, the International Fashion Showcase celebrates London’s position as an international fashion city with a reputation for nurturing emerging talent.

Organised by the British Council and the British Fashion Council (BFC), the showcase takes place during London Fashion Week and sees nearly 30 embassies and cultural institutions across the capital create fashion exhibitions to display their emerging fashion designers, the BFC’s website states.

Other countries displaying the work of emerging designers in satellite exhibitions across the capital were Brazil, Jamaica, Japan, Korea, Panama, Quebec (Canada), Romania, Denmark, Norway, Sweden, Tanzania and The Netherlands. In February 2014, Estonia won the international fashion show.
Slovakia was represented in London by Petra Kubíko-vá, Andrea Pojezdálová and Bronislava Žurková Brúč-ková in the clothing cate-gory, and Andrea Ďurianová and Kristýna Španihelová in jewelry.

“Talking with professionals from various spheres helps me move forward and shows me what is important in fashion. Here, in London, I realise that the designing of a collection is just the beginning. And every chance to present myself brings something.”

The initiator and main organiser on the Slovak side was the Slovak Fashion Council (SFC).

“The [Slovak] presence at the show in the UK gives us important new contacts, feedback and direct opinions or recommendations for prospective designers,” Zuzana Bobiková of SFC said.

“In London, there are many shops, buyers and boutiques which compete to get something new and original on their hangers, and we hope that one day this will also include the work of Slovak designers.”