SLOVAKIA has bitter memories of 2009, when a dispute between Russia and Ukraine temporarily halted the gas flow and brought some of the country’s business giants to a shuddering halt. After 13 days supplies were restored, but the incident renewed fears of dependence on Russia. The occupation of Ukraine’s Crimean peninsula has reignited similar energy security fears. 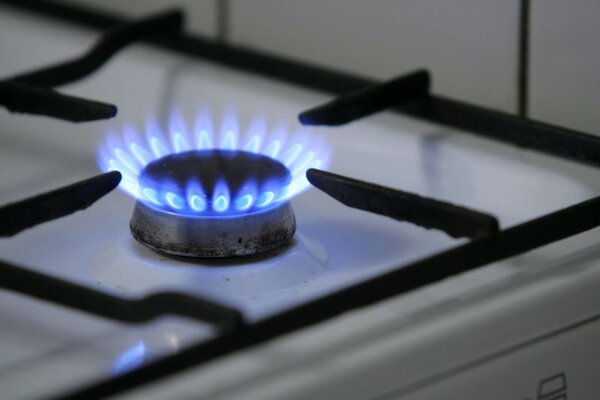 LNG from US would reduce dependence on Russia. (Source: Sme)
Font size:A-|A+

SLOVAKIA has bitter memories of 2009, when a dispute between Russia and Ukraine temporarily halted the gas flow and brought some of the country’s business giants to a shuddering halt. After 13 days supplies were restored, but the incident renewed fears of dependence on Russia. The occupation of Ukraine’s Crimean peninsula has reignited similar energy security fears.

Ambassadors in Washington DC from the Visegrad countries (Slovakia, the Czech Republic, Hungary and Poland) have requested that the US Congress make imports of natural gas from the United States easier so they can reduce their energy dependence on Russia, Reuters newswire reported on March 8. The ambassadors of the V4 countries made their appeal in a letter to House Speaker John Boehner and Senate Majority Leader Harry Reid, suggesting that developments in Ukraine brought back to countries of the former Soviet block “memories of the Cold War from which all of our countries suffered terribly”.

The letter comes amid an already existing debate on the pros and cons of exporting shale gas from the US, which today is only sold on the domestic market. Numerous other hurdles remain to bringing American gas to central Europe, including the lack of specialised terminals in the US necessary for liquifying natural gas for transport in tanker ships. The first such terminal will not be ready before 2015 at the earliest.

Still, according to the ambassadors, gas supplies remain a “vital aspect of national security” as well as a key interest of the US. The US government is currently evaluating the request and considering all options, according to Matthew Miller, spokesman of the US Embassy in Bratislava. He noted that six licenses have already been approved by the US Department of Energy related to the export of about 8.5 billion cubic feet of natural gas per day.

“However, lengthy and expensive infrastructural projects must be built to turn the natural gas into a liquefied form that can be exported, which also increases the price of the gas,” Miller told The Slovak Spectator. “They would be unable to immediately impact the situation in central Europe or Ukraine”.

Slovakia’s most urgent interests in Ukraine involve energy, Prime Minister Robert Fico said March 2, adding that Slovakia has not encountered supply problems thus far. Slovakia currently has 1.77 billion cubic metres of gas in storage, which according to Fico, should be enough for four months if supplies were to be completely cut off, the SITA newswire reported.

Karel Hirman, the director of the Energy Policy Section at the Slovak Innovation and Energy Agency (SIEA), sees the initiative of the V4 ambassadors in Washington as a response to the current discussion in the US Congress and government on permission to export liquified natural gas (LNG) from the US, and simultaneously to Russia’s current aggressive attitude toward Ukraine, which also directly endangers the security of the Baltic region and the Visegrad 4 countries. The US Department of Energy is ultimately responsible for decisions about whether the gas can and will be exported.

“From this perspective, the plea is completely apt; it has the right timing and fits into the debate in the United States,” Hirman told The Slovak Spectator, adding that it is also important for the many US companies in the V4, including US Steel Košice in Slovakia, for which securing a smooth flow of energy for a reasonable price is vital.

Gas exports from the US certainly cannot replace gas from Russia, but they will help the stability of the EU market, Hirman said, adding that for US companies, this market is of interest, be it from the viewpoint of the volume of orders or the price of gas, as prices in the EU and the V4 are approximately three to four times higher than in the US.

According to Ján Klepáč, executive director of the Slovak Gas and Oil Association, any dependence on a specific commodity can become a geopolitical weapon.

“This is why roughly 10 years ago energy security in most countries became part of the national security,” Klepáč told The Slovak Spectator.

According to Miller, the US has long worked with Ukraine to help them diversify their sources of energy, reform their energy sector and improve their efficiency and energy security.

“This coordination is long-tanding and will continue,” said Miller. “Given the important role energy diversity plays in economic stability and growth, we will also continue working closely with our European partners to support their efforts to diversify energy sources and increase energy security within the EU.”

However, another important factor is that the current inventories of LNG in Europe and Ukraine are actually above normal levels, as Europe experienced a mild winter this season, according to Miller.

“Thus, there is currently no indication that there is a significant risk of a natural gas shortage in the region,” he said. “The United States, on the other hand, has had a very long and cold winter, which has increased the price and made it less cost-effective to export even if the facilities existed to do so.”

The total gas consumption of the V4 countries last year was about 41 billion cubic metres, a big market, according to Klepáč. But while Poland and Hungary cover part of their gas consumption from their own gas production, in Slovakia this accounts for just 1 percent. Last year, Slovakia consumed about 5 billion cubic metres of gas. Almost 100 percent of natural gas exported to central Europe comes from Russia and thus Klepáč sees efforts to diversify gas supplies as a question of energy security.

“The dependence of V4 countries on supplies of Russian natural gas is currently so big that it is impossible to remove it completely, only to reduce it,” said Klepáč.

Hirman also sees the diversification of gas supplies in the wider context of the regional market as well as the general situation in the EU.

“The basis of security and stability of supplies is especially the adopted EU legislation, which eliminates former national monopolies, liberalises the market and interconnects - commercially but also through infrastructure - the EU market,” said Hirman.

After the gas crisis in 2009 this process accelerated in Slovakia and its region. In this respect Hirman cited projects of the North-South gas interconnector, but also the interconnection of power and crude oil infrastructure of the V4 countries and their neighbours, also supported by the EU. He added that LNG terminal projects and the new gas pipeline project from Azerbaijan to import gas into southern Europe via Turkey have, thanks to interconnection and liberalisation, had a positive impact on Slovakia’s market.

Klepáč sees importing LNG as another possibility for reducing dependence on Russian gas. That way, gas extracted in Qatar, Nigeria, Norway and the US may be exported in the form of LNG in tankers to Europe. This requires building gasification terminals in seaside countries, while landlocked countries can get to this gas via gas pipelines. In the case of the V4 countries, Klepáč mentioned the North-South interconnector linking the LNG terminal at Świnoujście in Poland, with a planned LNG terminal in Omišalj on the Croatian island of Krk. Its target annual capacity is 10 billion cubic metres.

“Supplying this interconnector with American shale gas would, of course, reduce the energy dependence of all of central Europe on supplies of Russian gas,” said Klepáč.

“However, Russian gas physically still dominates, what will continue minimally in the middle-term perspective,” said Hirman. “The fundamental thing is that legislative as well as infrastructure-related conditions on our market, even though the Russian gas dominates on it, have fundamentally changed.”

Both Klepáč and Hirman see increasing of energy efficiency and reduction of energy consumption as ways how to reduce dependence on Russian gas. In this view also production of biogas from biomass is another way of diversification. According to Klepáč, Slovakia is able to produce from available sources 456 million cubic metres of bio methane, which can directly go into the natural gas distribution network. This volume represents 8.3 percent of the annual gas consumption of Slovakia.

There are a number of economic, logistical, environmental, regulatory and political issues involved in US policy regarding the export of natural gas, Miller told The Slovak Spectator. Even as the capability will still be lacking for nearly two more years, other challenges for Europe remain.

“The most significant factor affecting possible export to Europe is the free market,” Miller said, adding that at present, the Asian marketplace is willing to pay more for natural gas than Europe. “Until it becomes cost-effective to export significant amounts of gas to Europe, it will be difficult to entice US exporters to sell to Europe instead of Asia.”

It is clear, though, that in light of the increase in domestic production and the already approved export licenses, the US will be more involved in the global natural gas market in the years to come, Miller said.

Slovakia has been negotiation with Ukraine the so-called reverse flow of gas from the west to east.

“Practically for several months we have been working on the reverse flow of gas from Slovakia to Ukraine; there should have been a memorandum on cooperation signed, but the Ukrainian partner failed and did not come to sign this memorandum,” Fico said March 6 as quoted by the SITA newswire. Fico said he directly asked his Ukrainian counterpart Arseniy Yatsenyuk whether he is able to guarantee that the “Ukrainian gas operator will be acting in a standard way” and will sign the respective document.

Yatsenyuk, who met with Fico at the special EU summit in Brussels, responded that changes are being made to the leadership of the Ukrainian gas utilities and that he would do his best for the renewal of the Slovak-Ukrainian negotiations, Fico said.

Fico also suggested that Slovakia along with the privatised gas utility Slovenský Plynárenský Priemysel (SPP) is ready to continue the communications with the Ukrainian party.

Nevertheless, on March 10, Fico shared his concerns whether Ukraine would be a solid partner in meeting its obligations as the Slovak government cannot force a commercial company, Eustream, to invest €20 million and Slovakia would subsequently be sending gas to Ukraine and they will not pay.

“The world cannot work this way,” Fico said as quoted by SITA. “On one hand the European perspective for Ukraine is welcomed and we are offering it, because we offered the signing of the association agreement to Ukraine, but at the same time it does not mean that we would be solving Ukraine’s problems through our purses and state budgets”.