Economic crime on the rise

ECONOMIC crimes have increased in Slovakia by 60 percent since 2011, with roughly one third of companies encountering fraud over the past two years, as indicated by a recent PwC survey. Though this rise seems steep, experts attribute it to improvements in businesses’ ability to uncover fraud, adding that the statistics now better reflect the situation on the global market. 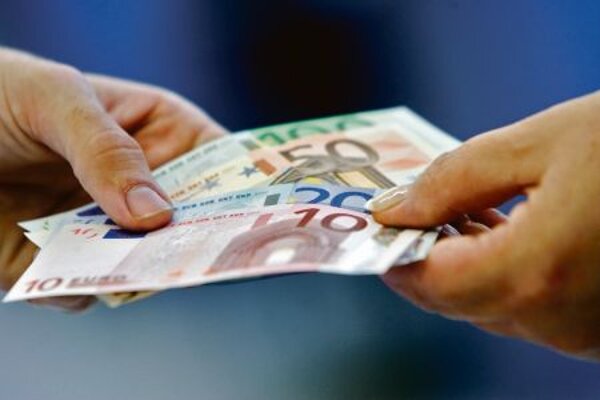 ECONOMIC crimes have increased in Slovakia by 60 percent since 2011, with roughly one third of companies encountering fraud over the past two years, as indicated by a recent PwC survey. Though this rise seems steep, experts attribute it to improvements in businesses’ ability to uncover fraud, adding that the statistics now better reflect the situation on the global market.

The survey, carried out by PwC on 76 Slovak companies in autumn 2013, showed that 34 percent of the respondents experienced economic crime in the past 24 months, up from 21 percent in the previous, 2011 survey.

“The reason [for the increase] is the occurrence of ‘new’ types of fraud and also better preparedness, willingness and abilities of companies to reveal fraud and face it,” PwC Director of Forensic Services Michal Kohoutek told the Hospodárske Noviny daily.

Though the increase in the reported occurrence of economic crime may sound dramatic, it should be noted that according to the 2011 study, the figure for reported economic crime in Slovakia was significantly below the world average: 21 percent, compared to 34 percent globally. This year’s figure is much closer to the global results (38 percent), said Ľubica Vandáková, secretary of the BoD of the Slovak Compliance Circle and senior manager of the forensic services department at KPMG.

“A possible explanation is that the Slovak companies enhanced their ability to detect fraud, which would actually be positive news,” Vandáková told The Slovak Spectator, adding that there is still room for improvement.

Tibor Havlík, manager at KPMG, added that the results might also have been affected by the methodology of the survey, since in 2011 PwC only collected the data over a 12-month period.

Both Vandáková and Havlík, however, consider it alarming that every third company has experienced economic crime.

The most frequent economic crimes involved misappropriation of assets (with 54 percent of the respondents citing this as the biggest problem), corruption and bribery (31 percent), procurement fraud (31 percent), mortgage fraud (19 percent), cyber-crime (12 percent) and money laundering (12 percent).

“The companies are better able to reveal corruption and report it,” Kohoutek said, as quoted by the SITA newswire, when presenting the survey results, adding that over the past 24 months, 20 percent of Slovak companies were asked for a bribe. Moreover, 41 percent of respondents say they lost a business opportunity due to bribing or corruption.

It is also possible that the real occurrence of corruption, cyber-crime and procurement fraud is higher than the report showed, as they are very difficult to reveal. Many of these activities were detected by accident.

The PwC survey revealed that economic crime is financially demanding for Slovak businesses, Kohoutek said. As the survey indicated, more than 58 percent of the responding enterprises suffered from economic crime, estimating the resulting direct financial losses at no less than €72,800 per firm. For another 8 percent of the companies the losses amounted to at least €3.6 million.

“There are also indirect losses, such as damaged reputations, the violation of business relations, the loss of trust in company leaders and the influence on employees’ morals,” Kohoutek said, as quoted by the TASR newswire.

A typical fraudster in a company, according to PwC, is a male, aged 31-40, working in middle or higher-level management, who has been with the firm for 6-10 years.

Since 2001, when PwC first carried out the survey, three types of economic crimes topped the list: the misappropriation of assets, corruption and bribes, and accounting bribes. Compared to the previous survey, however, the proportion of asset misappropriation in Slovakia dropped from 94 to 54 percent. On the other hand, cases involving money laundering rose from 0 to 12 percent.

“Also, these facts support our findings that the traditional forms of fraud, like asset misappropriation, have a significant share on economic crimes, but are receding in favour of ‘more modern’ types of fraud,” the report reads, adding that the perpetrators are “using more sophisticated, and thus barely detectable methods”.

Among the new categories of economic crimes that top the PwC list are cyber-crimes, procurement fraud and mortgage fraud.

Moreover, Havlík of KPMG confirms that they deal with procurement fraud often, as this involves the departments that decide on how the money is spent. If controlling mechanisms are not correctly put in place, it is very easy to misuse the money in manipulated purchases, he explained. This includes fictitious as well as overpriced purchases for which the buyers receive high provisions.

“Such fraudulent behaviour can be dangerous as without a deeper analysis it might seem like a legitimate and properly approved transaction,” Havlík said.

The survey showed that 27 percent of all economic crimes were uncovered by companies’ fraud risk management systems, while 14 percent were detected only by accident, TASR wrote.

For specific types of fraud, like money laundering or loan scams, companies use specific tools, like monitoring the transactions or various analyses to check clients’ identities and credit, Havlík added.

He said, however, that companies are not very willing to invest in prevention measures. They also fail to devote enough time to assessing fraud risks and determining whether they can adequately control these risks.

“If a company knows which risks it faces, it can better prepare itself,” Havlík said.