IN ADDITION to Slovakia’s favourable geographical location and its use of the euro, the country has another asset which Irish investors especially appreciate: a high number of Slovaks living in Ireland, who represent the potential for growing trade and social links between the two countries. 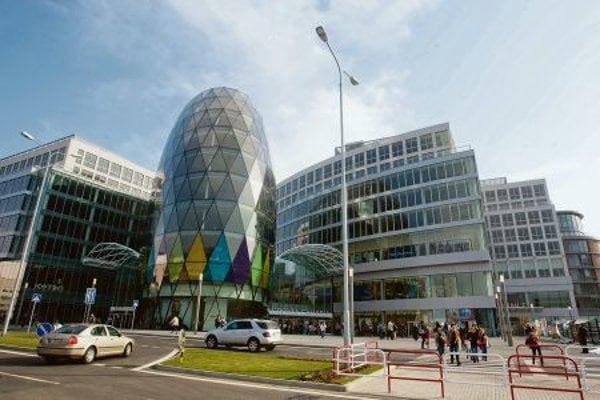 IN ADDITION to Slovakia’s favourable geographical location and its use of the euro, the country has another asset which Irish investors especially appreciate: a high number of Slovaks living in Ireland, who represent the potential for growing trade and social links between the two countries.

“Actually, quite a number of Irish companies established their sales offices in Slovakia because they had a Slovak employee who would help build their business in this part of Europe,” Ladislav Müller, from the Prague-based Enterprise Ireland Representative Office for the Czech Republic and Slovakia, told The Slovak Spectator.

According to Müller, Ireland has a lot in common with Slovakia as both countries are similar in size, have “small, open economies with large inflows of foreign direct investments” and are eurozone members.

Trade between the two countries is dominated by multinationals. A large part of Irish exports to Slovakia, which amounted to €140 million between January and November 2013, are pharmaceuticals and software produced in Ireland, whereas Slovak exports, which reached nearly €80 million in the same period, are dominated by cars manufactured in Slovakia, Müller specified.

According to the Slovak Statistics Office, Slovakia’s imports from Ireland in 2013 amounted to €157.2 million, up 13.2 percent year on year, while exports totalled €86.5 million, up 1.9 percent y/y. Thus, Slovakia reported a negative trade balance with Ireland of €70.7 million. In 2012, Slovakia imported goods and services from Ireland totalling €138.9 million, while exports were at €84.9 million, leaving a negative trade balance of €54 million.

“However, more and more small and medium-sized Irish companies are present in the Slovak market and use it as the main location for their business activities in the central European region,” said Müller. “This is an advantage of having the euro as your currency. In addition, there are a number of Slovaks working and studying in Ireland. These people represent fantastic potential for growing trade and social links between Ireland and Slovakia.”

“Irish companies that invested in Slovakia are doing well - I have not heard of any companies leaving your country,” said Müller, adding, however, that most Enterprise Ireland clients are SMEs that had a difficult time during the financial crisis. The overall macroeconomic environment and the ability and appetite of banks to finance new projects have been limited. “The situation is changing now and the positive economic data will surely encourage businesses to expand.”

Slovakia remains an attractive option for Irish investors, according to Müller, who reiterated that Slovakia has a great geographical location, a favourable business climate and the euro as a currency. While Anne-Marie Callan, Ireland’s ambassador to Slovakia, estimates the number of Slovaks living in Ireland at 20,000, Müller points to the young Slovaks who worked or are still working in Ireland.

“This is a mobile and educated group of people that represent an interesting resource for business cooperation,” said Müller, recalling that in many cases Slovak employees helped Irish companies build their business in this part of Europe.

This could also be the reason for the drop in requests from Irish investors for information from the Slovak Investment and Trade Development Agency (SARIO).

“In spite of positive indicators from the viewpoint of SARIO, the interest of Irish companies in Slovakia is decreasing for the time being,” Richard Dírer from SARIO told The Slovak Spectator, explaining that they based the downward trend only on official inquiries related to the business environment in Slovakia. “A partial explanation may be that Irish entities do not lean on the assistance and information obtained from official resources, but thanks to the closeness of the two countries and close business relations they use different means and ways to establish themselves [in Slovakia].”

Between 2002 and 2011, SARIO assisted three Irish companies, which chose Slovakia as a suitable location for their investments. These projects involved investments of €2.2 million and created about 155 jobs. While these companies invested in the machine engineering industry and services, Dírer sees all the sectors in Slovakia as having good prospects. He pointed out that Irish investors may utilise Slovakia’s experience in the automotive and electro-technical industry as well as in research and development. Opportunities in tourism are unlimited.

When attracting Irish investors to Slovakia, SARIO cooperates closely with the Slovak Embassy in Ireland, the Irish Embassy to Slovakia and representatives of significant financial institutions with Irish backgrounds, which according to Dírer has contributed to several successful investment projects.

“The fact is that if the Irish society wants to keep its competitiveness in the world globalised economy, it has to grow globally,” said Dírer. “Slovakia, in the middle of Europe, is one of the solutions. Because of this, SARIO constantly strives to keep the Irish business community in mind via its social contacts.”

Enterprise Ireland, which is an Irish government trade and technology agency, typically works with Irish client companies on an individual basis.

“We help them when they are looking for new business partners, distributors or expansion into the Slovak market,” explained Müller, adding that their central European office looks after neighbouring markets as well, and “we try to provide our clients with more complex assistance involving support in multiple countries in this region”.

Once a year, Enterprise Ireland runs a matchmaking event for Irish businesses and their Slovak partners.

“Our message to our client companies is very simple: if you think about expansion in central Europe, Slovakia is definitely one of the most attractive options,” said Müller.