IN THE Branisko mountain range on the border of the Šariš and Spiš regions in eastern Slovakia, a bloody battle took place more than 150 years ago between Austria’s imperial army and the Hungarian “Honvéds”, members of the Royal Hungarian Landwehr. The conflict was part of the Hungarian movement to win independence from Austria. 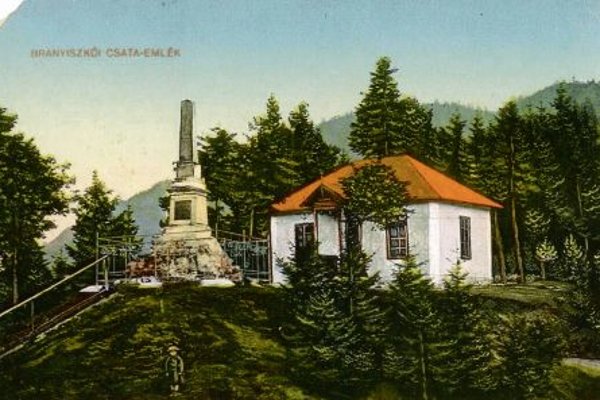 The battle took place on February 2, 1849. After a surprising twist, the Honvéds won. What makes the battle of Branisko especially interesting is that Slovaks fought on both sides. Divisions of Slovak volunteers participated with the imperial soldiers, and their commanders hoped that this would help them gain more autonomy for Slovaks within Greater Hungary. Yet, many recruits from central-Slovak regions could be found in the ranks of the Honvéds. No markers were left for the casualties, and no memorial was built. Though several monuments appeared in the mountain range over the following years to commemorate this bloody event, they gradually disappeared, including the one in this early 20th-century postcard. This column commemorating Hungarian casualties was destroyed by Czechoslovak soldiers in the battles between Hungary and nascent Czechoslovakia shortly after the First World War.