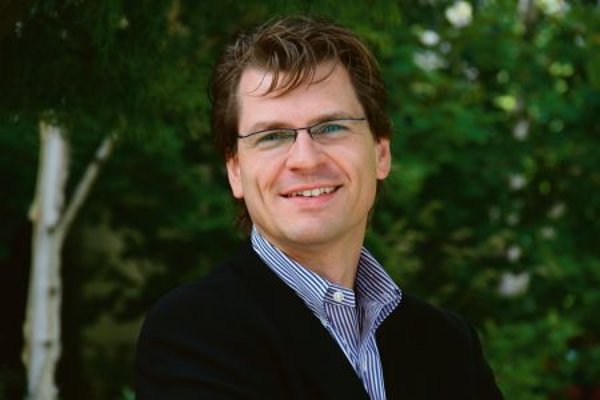 Bratislava
CONCERT: THE SYMPHONIC Orchestra of the Academy of Performing Arts (VŠMU) will play in the Slovak Philharmonic concert hall at the Reduta on E. Suchoňa Square 1 in Bratislava, on March 18 at 18:00. The concert, conducted by Slovak Martin Majkút, who works in the US (leading the Rogue Valley Symphony Orchestra in Oregon), and performed by Peter Šandor on piano, will include Beethoven’s 7th Symphony A Minor, John Adams’ The Chairman Dances and Gerswhin’s Rhapsody in Blue. Tickets cost €3-€6 and can be bought through www.filharmonia.sk.

Bratislava
THEATRE WORKSHOP: Cross the Mind – This lecture and workshop of US director Marcy Arlin, founder of the Immigrants Theatre Project, will start in Bratislava before moving on to Banská Bystrica and Žilina. It will focus on the methods, contexts, ethics, operational aspects and fundraising of community and social-critical theatre.
Starts: March 20, 14:00; A4 Priestor Súčasnej Kultúry, Karpatská 2. Admission: free. Tel: 02/5292- 4470; www.a4.sk.

Bratislava
OPERA: Mozart – La Clemenza di Tito – This opera serial in two acts in Italian, the second but final opera by this musical genius, is a metaphor of modern day rulers as shown in the story of a Roman emperor. This version is conducted by Friedrich Haider, directed by Jiří Nekvasil.
Starts: March 22, 19:00; hi-storical building of the SND, Hviezdoslavovo Square 4. Ad-mission: €7-€30. Tel: 02/2049 -4290; www.snd.sk.

Bratislava
FILM FESTIVAL: Febiofest – This international film festival, which started 21 years ago as a private initiative of Fero Fenič, a Slovak filmmaker based in the Czech Republic, offers films from Ukraine and short films from the Visegrad Four countries. It is comprised of 140 films in 17 sections, to be shown in 16 venues.
Starts: March 21-27, various venues in and outside Bratislava (in Bratislava, the Lumiére, Mladosť and VŠMU cinemas). Admission: various. More info: www.febiofest.sk.

Bratislava
LIVE MUSIC: Vojta Dyk and the B Side Band – One of the most popular contemporary Czech singers, Dyk, will join forces with the Brno-based swing orchestra for his Slovak gig.
Starts: March 20, 19:00; Hant Arena Pasienky, Trnavská cesta 29. Admission: €15-€55. Tel: 02/5293-3321; www.ticketportal.sk.

Bratislava
CONTEMPORARY DANCE: Jan – This dance performance choreographed by Nir Ben Gal (Israel) and danced by the Czech ProART Company, celebrates the self-sacrifice of Jan Palach, the youth who ignited himself in protest against the Soviet-led communist invasion of Czechoslovakia in 1968. The documentary film Human Family-Israel by Boris Bočev will be screened as well.
Starts: March 23, 20:00; Elledanse theatre, Miletičova 17/B. Admission: €4-€7. Tel: 0905/969-105; www.elledanse.sk.

Banská Štiavnica
EXHIBITION: Sutúrama – This exhibition presents the work of young Slovak artist Adam Šakový, who confronts painting with the possibilities and the phenomena of the “new media”.
Open: Thurs–Mon 13:00- 19:00 until April 21; Schemnitz Gallery, A. Sládkoviča 53/2. Ad-mission: voluntary. Tel: 0905 /260-350; www.schemnitz.sk.

Košice
CONCERT: HUDBA z čias košickej moderny II / Music from the Times of Košice Modernism II, is a concert of Russian classical pieces, ranging from avant-garde to post-modernism, by Jevgenij Iršai (who lectures at the academy in Bratislava) and Gavriil Popov, a peer of Shostakovich. The concert on March 17 at 19:00 at the Kasárne Kulturpark barracks on Kukučínova 2, Košice, performed by the Slovak Quasars Ensemble and conducted by Ivan Buffa, will be completed by Russian literature as introduced by Slovak writer Michal Hvorecký. Tickets cost €4-€8; more information can be obtained through 055/6854-299 or www.kulturpark.sk.

Košice
ZOO: Medzinárodný Deň Tuleňov / International Day of Seals – The 8th birthday of seals in the zoo will be celebra-ted by a feeding with comme-ntary and a birthday surprise.
Starts: March 21; Zoo Kavečany, Široká 31. Admission: €3. Tel: 055/7968-011; www.zookosice.sk.