From an island to the heart of Europe

Pope John Paul II met the leaders of many international Catholic religious congregations in the early 1990s in Rome and encouraged the leaders of these organisations to consider sending sisters to countries in Eastern Europe following the fall of communism. The Presentation Sisters were one of the congregations represented at that meeting. Their leader at the time, Elizabeth Starken, encouraged the Presentation Sisters in Ireland to hear this call and so gradually members began coming to Slovakia in 1992. She herself spent some time on the mission. Since then, more than 15 Irish sisters have come to work in Slovakia for either a short time or a longer stretch of time. Currently there are six Irish sisters living in Slovakia, three in Bratislava and three in Spišské Podhradie. 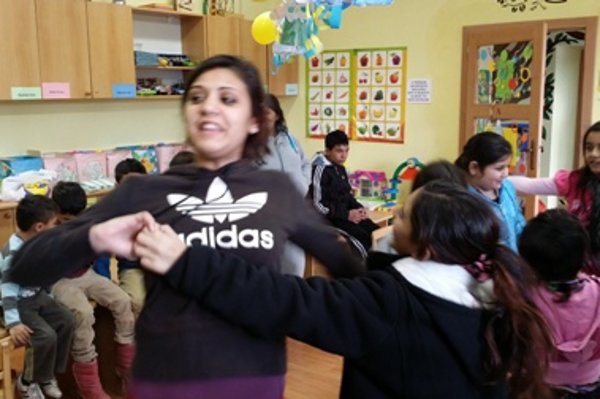 Pope John Paul II met the leaders of many international Catholic religious congregations in the early 1990s in Rome and encouraged the leaders of these organisations to consider sending sisters to countries in Eastern Europe following the fall of communism. The Presentation Sisters were one of the congregations represented at that meeting. Their leader at the time, Elizabeth Starken, encouraged the Presentation Sisters in Ireland to hear this call and so gradually members began coming to Slovakia in 1992. She herself spent some time on the mission. Since then, more than 15 Irish sisters have come to work in Slovakia for either a short time or a longer stretch of time. Currently there are six Irish sisters living in Slovakia, three in Bratislava and three in Spišské Podhradie.

We came to Slovakia and we began by living in Bratislava and teaching English in the Catholic schools in the areas of Petržalka, Rača and the city centre. We gradually got used to the new environment, customs, culture, transport system and language. When the opportunity arose we eventually moved from rented accommodation to our own flats in Bratislava. Today three Irish sisters live in Bratislava and are involved in working with the homeless and in education and parish work: Rita Carberry, Rosaria King and Eileen Tobin.

The beginning held many challenges. I arrived in Bratislava in August 1999. I remember enjoying the wonderful hot weather and clear blue skies. It was such a change from the weather in Ireland. It was impossible to get lost, one had just to hop off the bus and go to the other side of the road. I lived in Petržalka until 2006 and to me it was a concrete jungle in the beginning, but as I got to know people and make friends there, it was like any area of accommodation in Ireland, people lived there, reared their families there, went to work each day from there and in some cases died there. It was a microcosm of life in all its richness and humanity and could be located in any part of the world.

A big challenge for me was the difficult Slovak language. It contains so many points of grammar, so many rules and so many exceptions to those rules. I found watching TV, trying to read local newspapers and magazines and just walking around Bratislava a help in developing my Slovak language skills. It was a huge challenge and it is at times a wonder to me now, looking back, how I managed to communicate, but I did.

I also tried to find time in those early years to travel around Slovakia and read about the country to get into the rich culture of the country. I admire the buildings, monuments, natural surroundings, protected areas and UNESCO sites as well as the expanse of crops grown in huge fields and the array of services and opportunities provided for people in a land-locked country to enjoy nature.

In February 2000 I went to Vajnory, a suburb of Bratislava, and began teaching English full-time in the elementary Catholic School ZŠ Jána Pavla II. Since I lived in the staff parish accommodation, I was deeply inserted into the school and parish life and this was very energising for me. The staff showed me how to cook Slovak food, bake Slovak cakes and sing the appropriate songs for a name day; how to celebrate 6th December the feast of St Nicholas, the customs at Easter and Christmas and of course the wonderful customs around a marriage in Slovakia.

After the year 2002, some of the Presentation Sisters living in Bratislava thought about and reflected on moving over to the east of Slovakia and taking on new work. We finally settled on a town called Spišské Podhradie and that is where I live now since 2006, when we built a convent there. Two other Irish Presentation sisters, Lousie Eustace and Mária Power live there with me. This opened a whole new chapter in our life and work in Slovakia. We converted an old building into a community centre and we called it Nano Nagle. This building provides educational opportunities for all and is open daily Monday to Friday. It has a pre-school each morning and Roma children attend regularly. This class is an external class of the local municipal kindergarten in the town and the town supplies the teacher and some other assistants through a local employment scheme.

Since its inception in 2004, there has been a continual and steady increase in numbers attending the pre-school. Considering their local circumstances, distance from the town and their home situations, this is testament to both the desire of their parents for educational opportunities for them and also to the work and commitment of the Presentation Sisters, who manage and work voluntarily in the Nano Nagle Centre. Children get help with homework, school projects, literacy, have classes in art, music, computers, ecology, religion, beauty and health care, arts and crafts, extra individual tuition and we also have time for fun and games.

This centre has a wide range of teachers and assistants who help the children, the Seminarians from the local Catholic Diocesan Seminary of Spiš, volunteers and the Presentation Sisters all who work with the children and teenagers daily. Parents are also helped with literacy and numeracy, plus computer skills.

Louise Eustace founded the centre and managed it from 2004 to 2013 and she now helps in the teaching of English in the three Catholic secondary schools in the Diocese of Spiš while Mária Power teaches English to individual students.

Education is the approach to all our work; we continue to promote new understandings, raise awareness of human rights and ecology and deepen our faith especially with the most excluded. We continue each year to work with people and organisations in innovative ways and through this collaboration strive to influence public policy in favour of people who experience exclusion.

Nano Nagle is our foundress, an Irishwoman, who has recently been declared Venerable by Pope Francis. She tried to meet the unmet needs of her day in Ireland and founded our congregation in Cork, Ireland in 1775. Today, more than 200 years later, Irish women have come to Slovakia to also be prophetic voices for the transformation of unjust systems.

Ralph Waldo Emerson is credited with the quote, “The creation of a thousand forests is in one acorn”. That’s quite a feat, when you really think about it that means that from one tiny acorn that from an oak tree, a thousand more forests can grow. We can be 15 or 64 or 80 and still manifest more of our potential.