UP TO 10,000 people have already signed a petition aimed at changing election rules which limit Slovaks living abroad from casting ballots on election day in Slovakia, with petitioners hoping an electronic voting system will increase voter turnout. The Interior Ministry claims internet-based voting would be too costly. 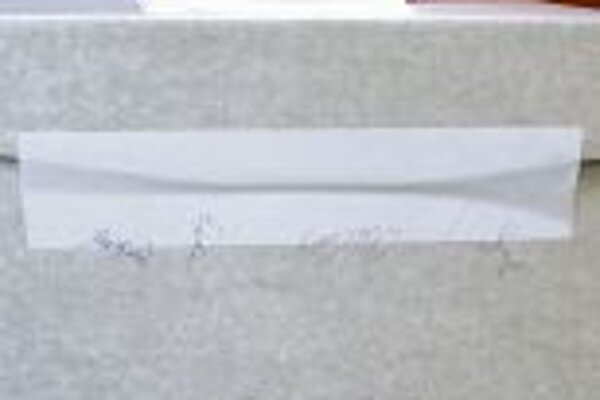 Voting from abroad can be a hassle. (Source: SME)
Font size:A-|A+0

UP TO 10,000 people have already signed a petition aimed at changing election rules which limit Slovaks living abroad from casting ballots on election day in Slovakia, with petitioners hoping an electronic voting system will increase voter turnout. The Interior Ministry claims internet-based voting would be too costly.

Under the current law, only parliamentary elections allow voters to cast their ballot by mail. For presidential elections, all voters have to be in Slovakia on election day.

“It is absurd that something like this has made it into Slovak legislation,” Alexandra Demetrianová, 27-year-old freelancer living in Bangkok, Thailand, told The Slovak Spectator. She considers it a restriction of basic voting rights, and adds that “such a difference between parliamentary and presidential elections could have been imposed only by a person or system that was interested in restricting the decision-making of foreign-based Slovaks over the situation in their homeland”.

According to her, Slovakia should allow all Slovak citizens, even those living abroad, to vote in elections at every level.

Kristína Pauková, a 26-year-old PR manager at CzechTourism living in Prague, says she also feels discriminated against. It would be easy to vote at the embassy or through the internet, she added.
At present, there are about 400,000 Slovaks with voting rights living abroad who are willing to attend the elections, Milan Vetrák, former chair of the Office for Slovaks Living Abroad (ÚSŽZ) and a member of the petition committee, told The Slovak Spectator.

The petition launched in mid-January aims to introduce online voting. The ambition is to collect 100,000 signatures in 12 months, which would allow the petition committee to turn directly to parliament. Parliament would then have to discuss and comment on the proposed change.

“We have the right and we want to decide over the direction of our homeland and about the future generations,” the petition reads.

The Interior Ministry is proposing changes too, but only to allow Slovaks abroad to vote by mail in referendums, the public-service Slovak Radio (SRo) reported.

In 2007, participants of the conference organised by the ÚSŽZ agreed that voting by mail is administratively and financially demanding, and that voting online is a better alternative. Since then they have been disappointed as governments failed to pass measures that would simplify the system, Vetrák said.

Through the petition the committee, established after the Interior Ministry had introduced its new election law draft in autumn 2013, will address MPs and push changes that would introduce electronic voting, “which would not only allow [the voters] to carry out their constitutional right in practice, but would also increase the turnout and secure the possibility for them to decide over the political direction of their homeland”, Vetrák said.

“The timing of the project is important, since we expect that the successful petition might impact the parliamentary elections held in March 2016,” he added.

The organisers of the petition say that the new IDs that contain electronic chips should help to launch online voting from abroad, citing similar systems already in use by other countries. The Interior Ministry, however, says that such voting would be too expensive.

Netík also said that in Estonia, which is considered an internet-centric society, online voting accounts for just 10 percent of turnout, SITA wrote.

Meanwhile, the non-parliamentary New Majority (NOVA) movement said it wants to allow Slovaks living abroad to vote in parliamentary and presidential elections at embassies. It will propose the change at a May session, when the deputies will discuss the draft election law.

NOVA Chairman Daniel Lipšic said it is important to allow Slovaks abroad to influence the politics in Slovakia.

“It improves their bond with their homeland and increases the chance that they will want to return and will find a job here,” added Robert Žitňanský of NOVA, as quoted by the TASR newswire.
The movement noted that other countries, including the neighbouring Czech Republic, allow their citizens to vote at embassies.

Oľga Gyárfášová of the Institute for Public Affairs (IVO) said the possibility for Slovaks living abroad to vote is important.

Though the law allows them to vote in parliamentary elections by mail, the procedure is very difficult, she said. Slovaks have to send the special ballot in a special envelope to the authority in place of their permanent residence. The envelope has to be delivered 50 days before election day the latest, so “they do not have a chance to wait for the campaign or leave it for the last minute”, Gyárfášová told The Slovak Spectator.

“I consider voting by mail an obstacle,” Demetrianová said. She added that it is a long process, especially for people living outside Europe.

According to her, consulates and embassies should provide voters with ballots. They should use the mail only when there is no representation in the country.

Ján Ertl, 27-year-old architect living in Bern, Switzerland, says that most Slovaks living abroad care about the situation in Slovakia, as they still have families there and some plan to return back home.

“Since I personally do not know any Czech or Slovak living abroad who would not deal with how to vote from abroad, I assume this might be a strong group of voters that would attend the elections and not vote for populist politicians,” Ertl told The Slovak Spectator. He added that in light of low turnout, voters from abroad might significantly influence election results.

It is sad when there is no way to allow Slovaks living abroad to participate in “one of the basic principles of a democratic state and state of law”, said Lucia Mrázová, a 26-year-old journalist living in Istanbul, referring to the rules for presidential elections.