TIS queries use of EU funds

EU FUNDS intended for improving health and health-care infrastructure have gone to regions that need it the least, an analysis by Transparency International Slovensko (TIS) reveals. Moreover, a lack of public control and money going mostly to the same companies, has led TIS to question the effectiveness of these projects, which successfully applied for the funds. 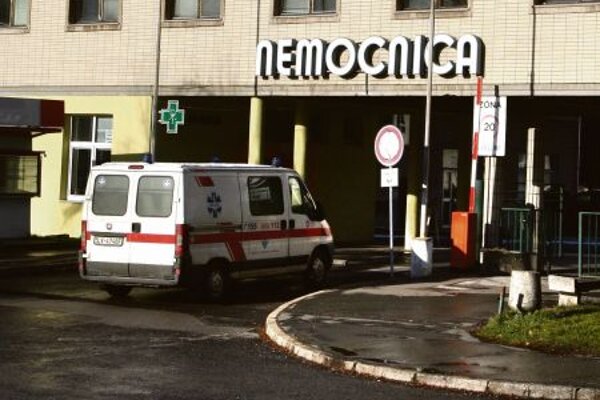 EU FUNDS intended for improving health and health-care infrastructure have gone to regions that need it the least, an analysis by Transparency International Slovensko (TIS) reveals. Moreover, a lack of public control and money going mostly to the same companies, has led TIS to question the effectiveness of these projects, which successfully applied for the funds.

The Health Ministry, however, claims that nobody criticised the system when it was being discussed.

The EU allocated nearly €295 million for the Operational Programme Health (OPZ) for the years 2007-2013, whose aim was to improve the conditions influencing the population’s health through increasing the quality, effectiveness and accessibility of health care and improving health-care infrastructure through numerous projects. The money went to three main areas: health-care infrastructure (which included the construction of new hospitals and the modernisation of old facilities), the prevention and treatment of breast cancer, and the modernisation of the National Transfusion Service (NTS).

The TIS report however pointed out that it is difficult to determine whether the money spent on the projects did, in fact, help to achieve this goal.

“We criticised the OPZ for insufficient analysis of problems in the sector and how the EU structural funds should help improve the health condition of people,” Zuzana Dančíková of TIS, one of the authors of analysis, told The Slovak Spectator.

Though the OPZ’s purpose was to improve people’s health, it lacked a way to measure it.
“They want to assess whether the funds were successful or not through how many cubic metres of concrete were built, but they do not assess whether they improved [people’s] health in any of the regions,” Peter Pažitný of the Health Policy Institute (HPI) told the Sme daily.

Health Ministry spokesperson Martina Lidinská, however, said that the OPZ has been following the analysis and the strategy that had been established before. Nobody has cast doubt on the analytical starting points or the proposed funding distribution mechanisms, she told The Slovak Spectator.

The OPZ was the smallest of 11 operational programmes in Slovakia, using only 2 percent of the €13 billion allocated for Slovakia for 2007-13. The applicants for the individual projects within the OPZ, however, were the most successful in drawing the funds. By the end of November 2013, nearly 85 percent of the allocated money was drawn, compared to 34-70 percent in other programmes. So far, €289 million was spent on the projects, i.e. 97 percent of the funds, the TIS report reads.

Most of these funds went toward the modernisation of hospitals (79 percent), with outpatient clinics, NTS and mammography devices receiving 21 percent. The smallest portion of the money was spent on technical aid (3 percent).

TIS however struggled to collect information on the projects. It sought to gather data from 108 applicants, who are required to provide this information based on the free access to information law, but received data from only 89 of them. Five refused to provide the information, while two other facilities (Poprad Hospital and the Eastern Slovak Institute for Cardio-Vascular Diseases) forwarded the request to their owner, the Health Ministry, which then refused to respond. Ten applicants ignored the request entirely, according to TIS.

Moreover, TIS sought information from 59 applicants who already carried out the public procurement, but only 23 of them, who received altogether €171.3 million, replied to the request. Eight applicants refused to provide any information, while two did not respond. The remaining 26 subjects were not required to publish the details.

“Therefore, the money went to regions where people had a relatively good condition of health,” Dančíková explained. Another factor could be that there are fewer districts with worse health (31) than those with better health (40, excluding Bratislava, which is not entitled to the funds), she added.

TIS used the methodology of the HPI devised in 2009, which was based on four main axes and 11 indicators: the average life expectancy at birth (with men and women as indicators); occupational hazards and risk factors (with sick leave, injuries and dangerous jobs as indicators); the mortality rates of a group five diseases (with cardio, oncologic, respiratory, digestive and external causes as indicators); and inpatients (with hospitalisation rates as the indicator).

Based on these factors, the HPI drew a map of Slovakia (divided into 79 districts) which detailed the health status of each population living in the given district.

The map showed that Slovakia is split diagonally from southwest to northeast, dividing the country into a healthier west/northwest and a less healthy south/southeast.

“There is no surprise that this split heavily correlates with the socio-economic condition of the regions,” the HPI report reads. The region with the poorest health status was Banská Bystrica, while the status of Bratislava and Prešov was excellent or very good.

Lower health status is also influenced by lifestyle. In the south/southeast of Slovakia diets are rich in high saturated fats and accompanied by a lower level of exercise and high alcohol consumption. This lifestyle corresponds with agricultural settlements, according to the HPI report.

The report also criticised the indicators used by the Health Ministry to assess the successfulness of the OPZ implementation. Out of 22 indicators, none measure the impacts of the funds used for the population’s health, which is the aim of the OPZ. It considers only two indicators to be relevant: relying less on hospitals and more on ambulatory care, and decreasing the length of stays in hospitals.

Facilities with outside help more successful

In TIS’ analysis of 118 applications, applicants that prepared their projects without external help had a significantly lower chance of getting funding. Among those who prepared projects with the help of external firms, 35 percent got the subsidy, while only 12 percent of those who did not seek help were successful. The costs for external help are not low. In terms of the value of the project, the Sanatorium of Dr Guhr paid the most: €59,143, more than 12 percent of the project’s value.

In absolute terms, the Teaching Hospital with the Policlinic of J. A. Reiman in Prešov paid the most: €178,000, or 0.68 percent of the project’s value of more than €26 million.

The most successful firm in helping with such projects was Octigon, which earned more than €261,000. It was also successful when cooperating with AJG Consulting and Juraj Šuty Domino Project, which received altogether €274,000.

Some applicants also sought help with preparing public procurements for the implementation of their projects, with most orders – up to 20 facilities, or 39 percent of the applicants who used outside services – going to a firm called Pro-Tender. TIS pointed out that the company’s authorised representative at the time, Peter Hložný, was charged in May 2013 with illegal manipulation of a tender worth more than €26 million in EU funds for the construction of a facility at the University Hospital of L. Pasteur in Košice. In three cases Pro-Tender competed over a procurement with Logtrade. Since July 2013, both firms have had the same authorised representative: Miroslav Kučera.

In another four projects the procurements were carried out by the company Visions, which TIS cited in March 2013 in connection with four suspicious hospital reconstructions.

Though it could be that these same firms keep popping up in the various competitions launched by the applicants simply because they had the best offer, Dančíková said that in some cases they found repeated patterns of competing companies and winners, which they believe is no accident.